The potential for sudden failure of reinforced autoclaved aerated concrete planks has been highlighted recently. So how can surveyors tell whether the material has been used for construction and identify the warning signs?

Excessive deflections and transverse cracking were thought to be a key warning sign of failure in reinforced autoclaved aerated concrete (RAAC), but recent investigation has shown a much more serious risk of sudden failure. In May, the Standing Committee on Structural Safety (SCOSS) issued an alert about the collapse of a school roof last year,  an alert taken up in advice from the Local Government Association.

The SCOSS report notes that there was evidence of shear cracking adjacent to a support in the school building, as well as possible indications of tension reinforcement stopping short of it. The roof covering had been replaced, and it was thought that thermal effects could also have contributed to the failure because bowing or deflection can be caused by restraint at the ends of planks, which prevents thermal expansion. While the two are not necessarily related – the planks may already have been restrained – re-roofing with a darker material could have resulted in more expansion as this will absorb more infrared light, thus creating a greater degree of bowing.

SCOSS also mentioned the discovery of water-related damage and spalling to the roof of a retail premises, while other reports have referred to evidence of corroded steel reinforcement that had resulted from moisture ingress. So although there is not a central register of buildings containing RAAC, owners, local authorities, health trusts and education authorities must take steps to determine where such planks have been installed so that the risks can be mitigated.

Autoclaved aerated concrete (AAC) was developed in Sweden in the 1920s and introduced to the UK in the late 1950s. In its most common form, it is used in the construction of lightweight thermal blocks. The raw materials are cement, blast furnace slag, pulverised fuel ash or silica flour, and these are mixed with water and aluminium powder. The slurry is then cast in a mould where the chemical reaction between the aluminium and the other constituents increases the volume of the mixture around fivefold, with the formation of small hydrogen gas bubbles. The hydrogen evaporates, leaving a cellular concrete mixture, and the product is then removed from the mould and cured in an autoclave for between eight and 15 hours at high temperature and pressure to control drying shrinkage.

RAAC planks in turn are effectively made of the same core material as these unreinforced AAC thermal blocks, and they have trade names such as Sipporex, Durox, Celcon or Thermalite. The material is usually light grey or off-white in colour, easily broken or damaged with hand tools or sharp implements. Because the concrete does not bond to the steel reinforcement very well it needs to be bent into hooks or have welded crossbars added to lock it into place, while corrosion protection such a coating of latex or bitumen is also necessary.

RAAC planks are rectangular in cross-section, when the cellular structure is also evident with chamfered edges that have a V-shaped groove appearance on installation. Typically, planks vary in width from 300mm to 750mm, and spans up to 6m are not unknown. A thickness of 100-250mm is common.

From the mid 1950s until the mid 1980s, RAAC planks were often selected for the use of roof decks in school buildings and similar structures; being lightweight, they enabled economies in the design of supporting structures, as well as improved thermal performance. Other uses included wall panels in, for example, shopping centres and office buildings.

In 1982, production of RAAC in the UK stopped amid concerns over its structural performance and life expectancy, which was subsequently predicted by BRE to be around 30 years. The stability of more modern, imported panels has been called into question too. As a result, RAAC planks are not considered to be durable materials, and references to them in BS 8110 and EN 12602 have been dropped for fear of lending respectability to what is a relatively short-lived material.

Surveyors are frequently appointed to carry out condition surveys and planned maintenance inspections, and it follows that they must be familiar with identifying both the use of RAAC and its possible defects and performance issues.

Warning signs could include cracking and disruption around the bearings, transverse cracking or bearing widths of less than 40mm. Deflection can be checked and measured, with results greater than one-hundredth of the span being cause for concern. In some cases, soffits may be concealed by suspended ceilings, so it is worth opening them up to check whether there are RAAC planks and, if so, assessing their condition.

Externally, signs of ponding, previous or current leaks might be indications of RAAC plank failure. Since it is thought that thermal effects can contribute to deterioration, check whether the roof has been re-covered, in particular where loading may have increased or where the surface was formerly reflective and is now black, thus absorbing more infrared light and resulting in higher temperatures within roof construction.

On discovering RAAC, it is important to guide the client or owner as to proportionate action without being alarmist. In assessing the risk, the use of the building will need to be considered, because planks in an occupied classroom would for example present a higher risk than any in an unoccupied store. The results of the condition assessment will inform a management plan, as well as helping to determine whether replacement needs to be considered and when.

If the roof deck appears to be in good order but the covering needs to be replaced, consider the potential increase in load during the work, likewise any increase resulting from use of heavier materials. Measures such as removing chippings may need to be considered in order to reduce dead loads, as may the provision of span breakers.

In certain circumstances, a more detailed examination of the planks may be necessary. Check whether any have deflected to a larger extent than others – a 20mm difference between adjacent planks would, for example, be significant. Also look for signs of previous water ingress and check the reinforcement for corrosion.

The position of transverse reinforcement can be identified by a cover meter, an electromagnetic device that measures changes in voltage arising from responses to applied magnetic fields. The location of tension reinforcement should be checked, too, to see that it extends to the ends of the planks. Such reinforcement must be present around intermediate supports because sagging can occur due to thermal effects, and the presence of shear reinforcement should also be checked. Laboratory analysis of samples will confirm the composition of the planks as well as the degree of carbonation, as the latter can result in degradation such as cracking in the microstructure of the RAAC.

If the analysis and risk assessment find that the planks can be retained, it will be important to monitor the situation carefully for signs of deterioration in future. Whereas BRE used to advise that the material would show signs of failure over a period of time, the sudden failure reported by SCOSS suggests that surveyors may need to be more alert.

Trevor Rushton is a technical director at Watts trevor.rushton@watts.co.uk 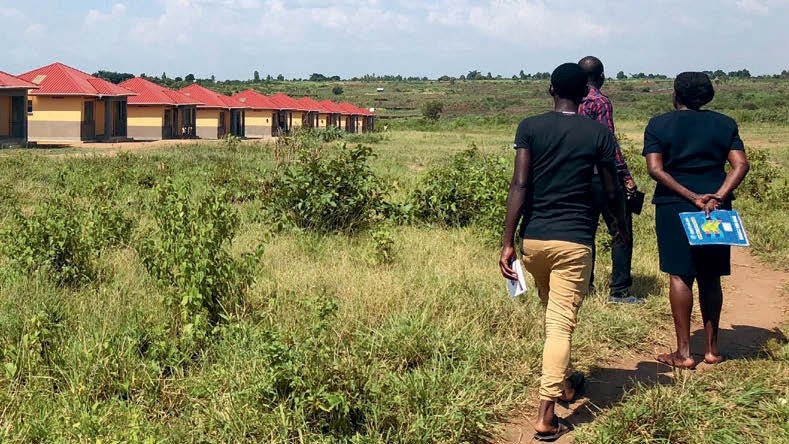 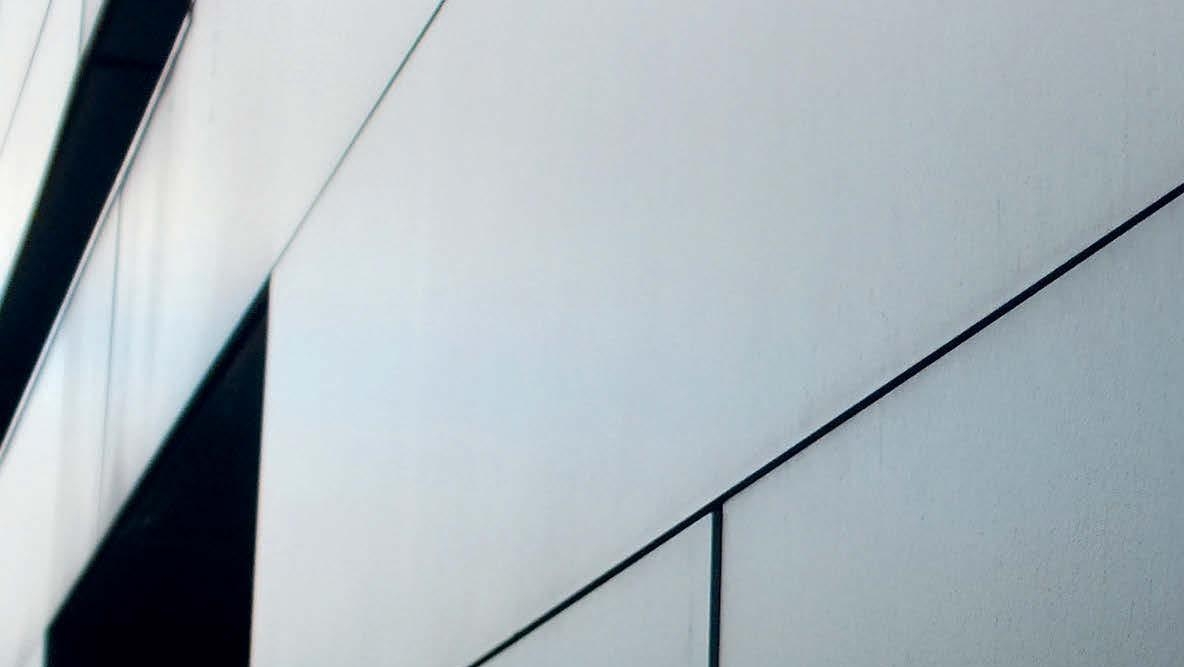 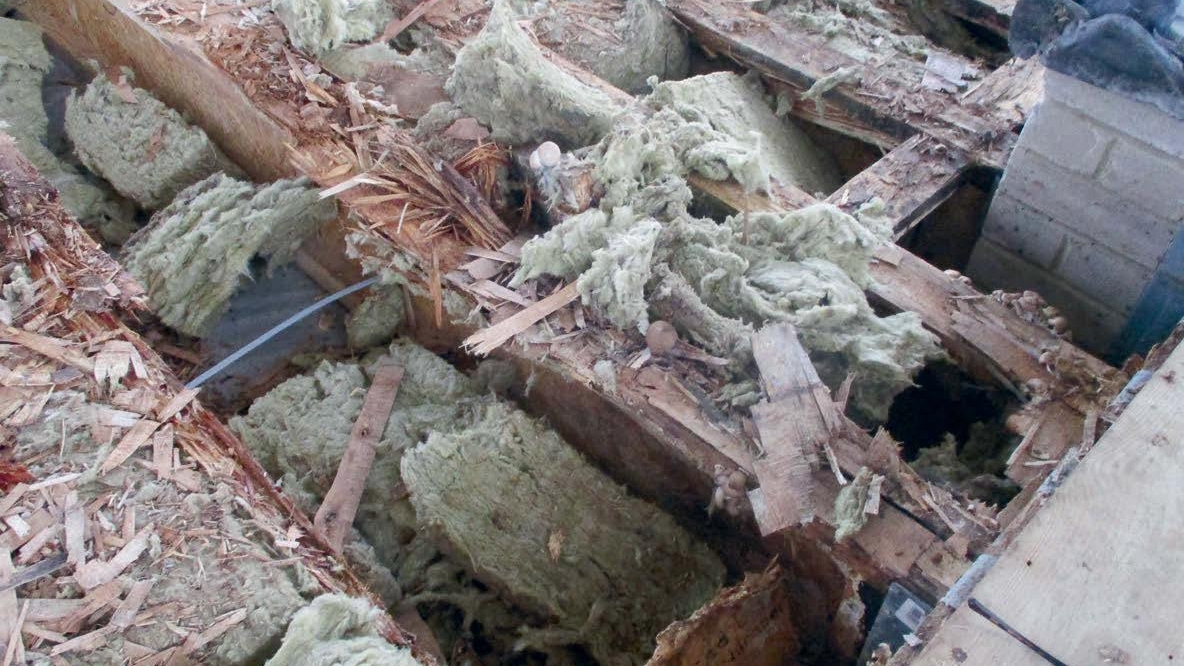