Q: How was the new stadium project-managed to completion?

A: The club had its own project team, which did a significant amount of project management with the two main contractors Mace and Base. In general, Mace dealt with the main build and the fit-out of the general admission areas, while Base did the fit-out of the premium areas and the Tottenham Experience megastore and museum.

Q: What specialist forms of construction were used in the build?

A: The stadium was effectively built in two stages. Phase one involved constructing a traditional concrete frame, with concrete terracing up to level five and then steelwork above. This work was done while the old stadium was in place. Once the old stadium was demolished, phase two involved the erection of the new 85-row south stand in steelwork. The design of the latter is quite innovative, containing two bespoke structural steel designs that are clearly evident in the finished stadium.

The other major innovation is that there are two pitches – one for football and another for American football. This required significant technology to ensure a quick changeover between the two. The grass football pitch comprises 99 large trays that move out from underneath the south stand over the artificial turf, which can itself be used for American football as well as for concerts or other events the club wishes to host. The ground is also fully sprinklered throughout, which is a first for UK stadia.

Q: How do you see the stadium regenerating the area?

A: If you look at any other stadium that has been built recently in the UK you can see how it has helped regenerate its local area: Wembley saw a significant growth in residential building nearby, as did the Emirates in north London.

It is planned that, adjacent to the Tottenham stadium, there will be a 22-storey building with 16 floors of hotel space and six of apartments above that, work on which will start in the near future. There is also outline planning permission for three blocks of residential accommodation at the south end of the stadium. All of this should be a catalyst for future development.

Before the new stadium was built the Spurs offices were housed in Lillywhite House, which was completed in 2013 and also includes a large Sainsbury's ssupermarket and a technical college.

This has already brought some regeneration into the area, and in addition there has been residential developmentand a new junior school further up the High Road from the stadium.

White Hart Lane train station is currently being upgraded and should be finished by the autumn; this will support entry to and exit from the stadium. There are also masterplans for regenerating Tottenham High Road West that should give the area a much-needed boost.

Q: Has the need to provide natural daylight for the pitch affected design?

A: I don't think it did, because it is not just light that matters – you also need air circulation to help the grass grow, and during the short periods when the American football pitch is being used the grass pitch is moved into a space with grow lights and fans to maintain its condition.

The regulations state that all the seats must be covered â€“ otherwise the club would not get the necessary licence from the Sports Grounds Safety Authority (SGSA) – but at the same time the grasshas to grow. Grow lights are an artificial illumination source designed to stimulate plant growth; these are housed underneath the front of the north stand, whereas in the old stadium they had to be kept moving around and off the pitch, with some stored outside and others in the car park.

Q: Were there any construction issues that arose during the design of the retractable pitch?

A: From a building control and Building Regulations perspective, this is effectively a piece of machinery rather than a building, comprising rails set into the ground. The pitch is static once in football mode, as it is for the majority of the time, whereas when it changes to American football mode it gets lifted up slightly so it can roll under the south stand.

As a result it is not really covered by the Building Regulations, but it is covered under safety and sports grounds legislation, and the Haringey building control staff were also involved in assessing its compliance in this regard. The inspections we carried out for building control were similar to those required for safety at sports grounds, although the latter – as covered by the Green Guide – tend to be more onerous than the former. But this arrangement benefited the club because there was no confusion over who was responsible, with the same surveyor carrying out both inspections.

The club started discussions with Haringey Building Control about the new stadium some 12 years ago, which culminated in a planning permission for a 56,000-capacity all-seater stadium that was granted in 2010.

While Lillywhite House was being built in 2012-13 and the land required for the stadium was being acquired, the design as being reviewed by the new architects, Populous. This prompted an application for a new planning permission, which was granted in 2015.

Works on site started at the same time under the original 2010 permission because the footprint was essentially the same, so we have been inspecting the building works at the ground over the past four years.

In the first two years of this time, we would be inspecting the works during the day, but also ensuring that the existing stadium was safe for the matches being played at weekends or in the evenings, given our dual role in building control and health and safety.

The construction team was aware of when home matches were happening and when work would have to stop if a game was taking place. This also led to more inspections, as we had to confirm that the original stadium was safe for the matches to continue.

In summer 2018 our workload increased significantly when we moved from inspecting the physical side to safety, although there are still works to be done to complete fit-out areas and we are currently issuing safety certificates on a match-by-match basis.

Q: Have there been any conflicts between technical standards – that is, between the Building Regulations and Green Guide – that you had to address?

A: The stadium was originally designed under the fifth edition of the Green Guide but the sixth edition was published at the start of this year, so we were in a close dialogue with the SGSA to understand what changes it was making. My role as chair of the club's safety advisory group and the borough's head of building control meant that, as and when conflicts arose, we could make sure they were resolved from both points of view. We learnt how to do this at the old stadium when the new stands were being constructed, and kept this in mind when working on the new stadium.

Q: How was technology used in relation to fire safety and means of escape?

A: The sprinklers allow a great deal of flexibility in the stadium as a whole. If the old stadium was considered to be analogue then the new one is digital: everything is run by IT, from going through the turnstiles to buying a coffee or a beer and a pie. The comprehensive fire system not only has the traditional alarm board, including a graphical interface, it also has state-of-the-art CCTV where you can replay footage of an incident straightaway if an alarm is triggered, making it a lot easier to identify false alarms for example, or real alarms that require evacuation.

There is also a detailed building management system that monitors everything and can be adjusted from the control room. This room is the main hub on event days and is where events are run from.

Q: Were there any considerations in terms of inclusive design?

A: From the outset we consulted with disabled supporters on the design, and it then went to the charity Level Playing Field, which has been complimentary about the facilities. The club has also provided three changing rooms for supporters – two in the ground itself and one in the Tottenham Experience – which is a first in the UK.

There are more lifts in the stadium than in any other football ground in England, and because general admission is via podiums external to the building there are also external lifts that ensure that these are accessible from street level. The bars in the entertainment areas are all set at a low height in line with current guidance, so anyone can access them, and there are also fully accessible areas in the premium areas, a sensory room, and areas for guide dogs.

Everything has been thought about,and from an inclusive design point of view I don't think there is anything that could have been done better. Traditionally, disabled supporters have always had to sit at ground level; here, they have access to all areas and can sit with their families rather than having to sit elsewhere.

Q: Are there any special features to enable a match to continue without disruption in the event of a power cut?

A: There are back-up generators so games can continue if there is a power failure: if there is a blackout in the area the stadium would still be able to run on generatorpower. This was a major part of our testingprocedure, and we simulated full power failure to make sure the back-up works seamlessly. As a spectator, you wouldn't even notice.

Q: What role did building control play in the safety team?

A: Building control staff are an integral part of the safety team. Even when we have issued the final completion certificate for the stadium, we have an ongoing enforcement role. I am chair of the club's safety advisory group, and it is my role to issue the regular safety certificates – without these the team can't play at the ground with spectators in attendance.

Myself and a number of colleagues in the building control team have carried out inspections. We also have a considerable number of people carrying out inspections on a match-by-match basis to make sure the safety requirements are being met, as well as seeing how the stadium is working and whether the assumptions made during the design are relevant. So far they are, and it's been working well.

It has helped that the fans are coming early, and at the end of the match some are staying to enjoy the bars and entertainment while others are making their way to the nearby stations. The capacity of the old stadium was 36,000 but the new one is 62,197; so there are queues at the stations after matches because there are more people, but they are getting back to business as usual within an hour of the final whistle. The club does put a lot of resources into managing the queues at the stations, and it is working.

Bob McIver is head of building control at the London Borough of Haringey and chair of the safety advisory group for Tottenham Hotspur Football Club bob.mcIver@haringey.gov.uk 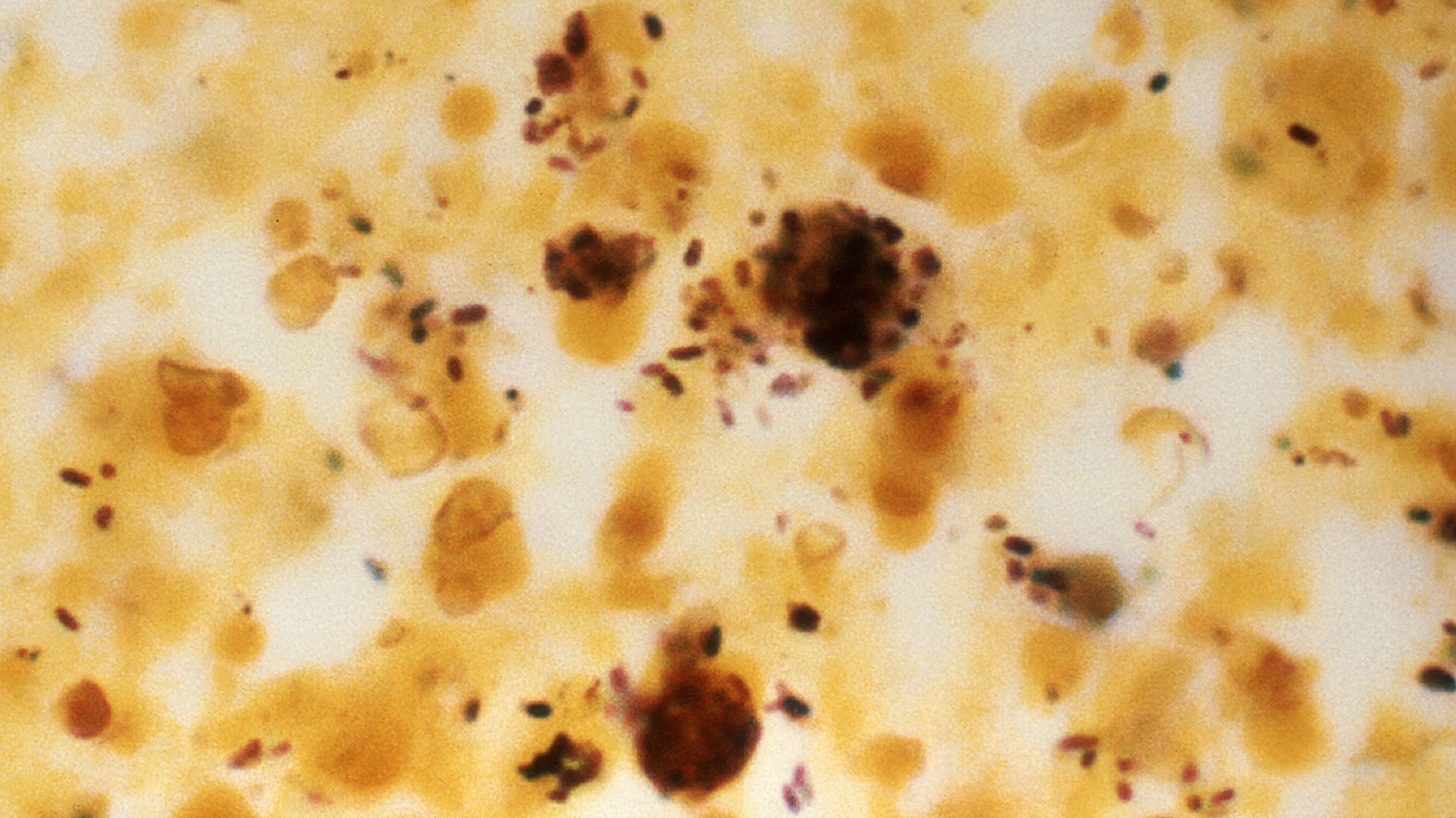