Part one: How do we improve cost estimating?

The RICS Cost Prediction global professional statement came into effect in July. In the first of a two-part series, several industry leaders share their views on the issues in estimation that it seeks to address

Client maturity
How knowledgeable and experienced a client is about the construction process.

Closed economy
A completely self-sufficient economy, with no imports or exports from international trade.

Data maturity
How advanced an organisation's or a project's data analysis is.

Data normalisation
The process of organising data in a database so that users can adequately interrogate and analyse it.

Open economy
An economy in which a significant percentage of goods and services are traded internationally.

Project abnormals
Costs other than those typically encountered for the project funding route, including costs accruing due to circumstances outside the project manager's control.

Sensitivity analysis
A tool for considering how different values of an independent variable affect a dependent variable under a given set of assumptions. In the context of infrastructure this could be the cost of a certain material, the overall cost estimate and the proposed design.

If cost estimates are to improve, the construction industry needs to share more data and knowledge. It's only by sharing that we will be able to understand from other projects what worked and what didn't, and then apply this learning to drive improvements on future projects.

However, it's not just about sharing the costs, it's also about sharing the context behind the costs. The costs are just numbers that have no meaning unless you understand the reasons behind them. In fact, I would go as far as to say that data can be detrimental to the quality of an estimate if the context behind it isn't fully understood; data can easily be misinterpreted and used incorrectly.

The industry is facing several challenges when it comes to sharing data, though. Some professionals are scared to do so because they fear it might put their job at risk or be used against them; often there is a fear that, if shared, data may be used as a kind of audit of the quality of their work.

Confidentiality is another issue. There is considerable confusion about the General Data Protection Regulation (GDPR), which some professionals believe prevents any data sharing. Many professionals and organisations are also concerned about intellectual property and commercial advantage: they fear they may give away their unique selling points by sharing data. Some professional services contract clauses also prevent sharing data. We must all do a better job of explaining the benefits about sharing data, even if it is anonymously.

These issues aside, I'm not convinced that – as an industry – we always gather the knowledge we could. For example, we don't always collect data about the root cause of why construction projects change over time, meaning that we struggle to quantify any risks of change and make suitable provision in our project estimates.

I see a lot of overestimation on projects. My approach is to work with stakeholders and project teams to look at data from recently completed projects, and at design information for the project in question, to understand the risks properly and make the capital expenditure prediction more accurate.

I prepare sensitivity analyses based on the cost estimate, which will include the contingency, and the risk assessment, following the process defined in the RICS Cost prediction global professional statement.

I also see the document as a tool I can use to research potential investments around the globe, and which can be attached to the technical brief for the consultant who is conducting due diligence. The International Cost Management Standard (ICMS) is the structure, and the professional statement is the principle.

Provide feedback on the professional statement

RICS is undertaking research to get feedback on the Cost prediction global professional statement. This feedback will ensure RICS can shape future standards and guidance.

The feedback questionnaire takes 5 minutes, please do share your views.

The adoption of standards can only be a good thing. Construction professionals, whether chartered or not, all know that the industry needs to get to a point of data standardisation.

The adoption of the Cost prediction professional statement all depends on where individuals, organisations and sectors are along the maturity line.

The stage at which cost professionals try to forecast numbers in infrastructure projects can have a significant impact on the ability to provide a robust cost forecast. Often, estimators are asked to forecast costs for an infrastructure solution at the stage when the technical evaluation has not been completed and the exact solution isn't known; whether it's a bridge, a tunnel, a longer train or revisions to the timetable via signalling, for example.

A key challenge, therefore, is managing stakeholders and ensuring they understand the process – particularly that the cost forecast has a context to it at its time of creation and is therefore not a fixed position.

Cost estimating in infrastructure is less about the specifications of the project, at the early stages in particular, and more about the methodology used to build it. Infrastructure is often constructed in a constrained environment, which can mean there are particular restrictions in terms of access or time. For example, if a railway is shut and work can be carried out on a project around the clock, it will be a very different price to a situation in which work could only be done for two hours a day.

Clients often believe that an engineer comes up with a design and a quantity surveyor prices it. The challenge we face is getting our internal clients, or even funding clients, to understand that programmes are one of the most important things. The design may still be in development, but with the programme in place we can understand the broad range of inputs required on the project and determine the direct relationship between the duration and methodology of the work and the likely cost.

The other important aspect is client engagement. Clients don't want to spend large sums on infrastructure schemes if they may not progress beyond early-stage development, yet they still want a cost estimate at the early stages. In order to produce a good-quality output – that is, an accurate cost – we need good-quality inputs. Yet the client will often only give us a small part of what we need to produce something meaningful.

As quantity surveyors, we're frequently trying to get to the table as early as possible to start having conversations about understanding how to implement a solution, rather than just what that solution is. We may be asked to estimate a cost from a design, when in fact what we also need to know is how a programme is going to be implemented – then design detail can follow.

Different markets around the world are at different stages of maturity when it comes to cost estimating. In some locations the quantity surveyor, or equivalent role, can offer progressive advice; in others they are expected to give a cost estimate and nothing more.

The main skill in cost management is taking data and information about a project, collating it with other key performance indicators or metrics, reviewing benchmarks and previous project results, and then applying intelligence to analyse it and use it to drive project outcomes.

Eventually, the industry will get to a place where all systems are talking to digital models. To do so, we need a standardised way to obtain data from a digital model, to use that data to inform procurement and then embed it into digital systems. We can then start to analyse why things have changed, and what the output is, as opposed to the inputs.

The industry also needs to ensure a better understanding of risk among stakeholders. Each scheme, programme or asset will have a different risk profile, and I don't think there's enough knowledge across project teams about appreciating what risks are and how we mitigate them.

While there is often a contingency plan in place, questions are asked when it turns out to be inadequate. There are a lot of variables on any project, even if it's been designed well, and the estimate is accurate and has been verified.

The most successful projects appreciate not just the construction but the overall stakeholder objectives and project development risks – that is to say not just financial risks, but influences and things that can go wrong. If you have that conversation early and get everybody to appreciate what their aims are and what their input is, you find that work proceeds a lot more successfully.

Brian Smith MRICS is director, head of cost management and commercial for the UK and Ireland at AECOM
Contact Brian: Email | LinkedIn

A consultation on the development of ICMS 3 – which seeks to ensure consistent measurement and reporting on carbon, and enable a greener future for global construction – is open until 10 September. We encourage you to share your views.

Part two: How do we improve cost estimating?

In the second part of the series, more industry leaders reflect on the RICS Cost Prediction global professional statement and the issues which it seeks to address 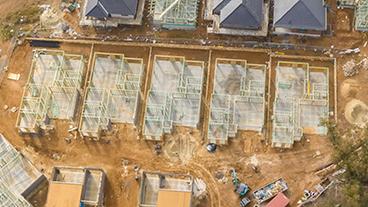 go to article How to manage the risk of construction claims 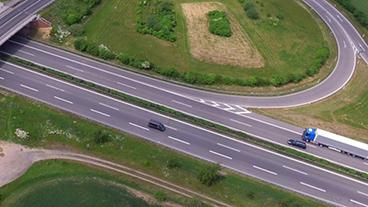 go to article Part two: How do we improve cost estimating? 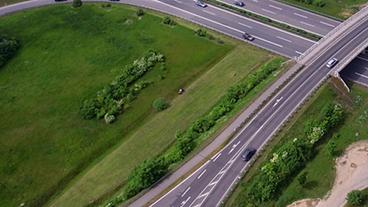 go to article Part one: How do we improve cost estimating?