The Highland Council invests around £100m per year in projects from modernising schools and houses to energy efficiency and improvement works. The council serves a third of the land area of Scotland, including the most remote and sparsely populated parts of the United Kingdom.

To manage those investments successfully, it depends on having an efficient and accessible means of managing information for both design and construction activities – not least for health and safety.

Disparate methods of data and documentation became impetus for change

The council previously relied on paper and CD document storage, in combination with limited cloud-hosted health and safety documentation. But the system was not widely adopted by the design and construction team. Only a small portion of staff became users, and others passed data and documents to them for uploading to The Highland Council's digital document management system.

Staff continued to create their own documents, templates and storage folders on their individual devices. The lack of central document management also meant there was a poor-quality audit trail of drawings, mark-ups and overall project paperwork. The issue was compounded by staff retirements.

After several years, the council was left with no staff who knew how to run the system or decipher document-naming conventions.

CDE was seen as key to help the council meet its legal obligation to share construction information with project stakeholders (i.e. developers, engineers, subcontractors). By putting this information online, it was much more readily available to those who need it.

The council decided to implement a CDE. This would support the management of all design and construction information across both its domestic and non-domestic property portfolios more effectively. The initiative aimed to:

A small project team was set up, including staff with various backgrounds and skill sets. The council researched information management processes and CDEs, developed a business case, and had it approved by senior leadership. A tender specification for the CDE was then prepared.

The council shared a prior information notice on the Public Contracts Scotland procurement portal to gauge interest from potential CDE providers. After confirming sufficient interest, the council moved to a full tender exercise. Bidders were asked to complete a tender submission form, and also demonstrate their products to the council.

After a tender evaluation process the Highland Council chose Viewpoint for Projects (VFP) as the software for its digital transformation.

The council began with a trial of the application programming interface (API), uploading an estimated 15 documents. Once the trial was successfully completed, the council uploaded 40,000 documents using Viewpoint's API, which made a seemingly insurmountable task achievable. The API automated the process: it re-named the files, uploaded them to the correct sites on VFP, as well as added the correct meta data to each file. By using the API rather than uploading them all manually the council saved hundreds of labour hours.

When the council first procured Viewpoint for Projects in 2016, the guidance standards were British Standards BS 1192. In 2021, the Highland council implemented ISO 19650. The implementation of VFP allowed the council to meet the document management and information security requirements of BIM and the British Standards, rather than implement BIM as a whole, i.e. BIM straight out of the box.

It was not just a case of fine-tuning the software, but also gaining the most value from it.

In addition, VFP enabled the following.

The council also relies on the VFP comprehensive user support website, with its tutorial videos and user guides, as well as its support desk.

The Highland Council was the first local authority in Scotland to implement a CDE throughout its organisation. 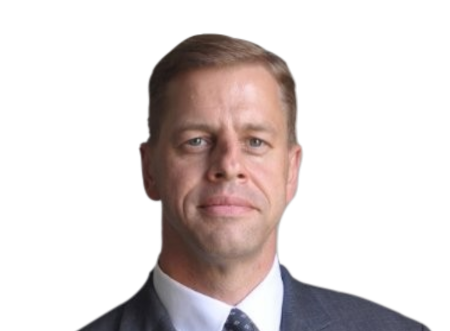