How one developer swapped London for Wellington

Opinion: After building a real-estate career in the UK, one professional made the transition to New Zealand's capital where he now heads an office for an international real-estate firm

One evening in 2021, my partner floated the idea of a move to New Zealand. She has citizenship by descent and her mother, who lives there, has health issues. It was becoming more difficult to advocate for her from the other side of the world, so wouldn't it be easier if we were closer?

I wasn't certain at first. Firmly committed to my career at the London office of mixed-use developer Rockwell, I had been promoted from head of planning and development to executive director in 2020, and it felt as though I had found my place.

Eventually we decided to put family first. We sold our house, said goodbye to friends and the rest fell into place almost immediately.

A recruiter for the construction industry offered an introduction to the new managing director of Jones Lang LaSalle (JLL) in New Zealand, Todd Lauchlan FRICS. He had recently returned from Singapore, and was set on repositioning the business for growth and expansion. Our first call culminated in an offer to become head of JLL's office in Wellington. We'd never been there but decided to give the city a go.

I spent the first two weeks in managed isolation and quarantine (MIQ) at the airport hotel in Auckland with my pregnant partner and our daughter. Then, one stormy afternoon and with the city in lockdown, we got the only flight to the capital. It was grey and miserable when we landed. The wind was howling and rain lashed along Evans Bay. Within days we were living out of two suitcases and sleeping on an airbed in a small, unfurnished rental property in the hills above the Hutt Valley. London felt a long way away. 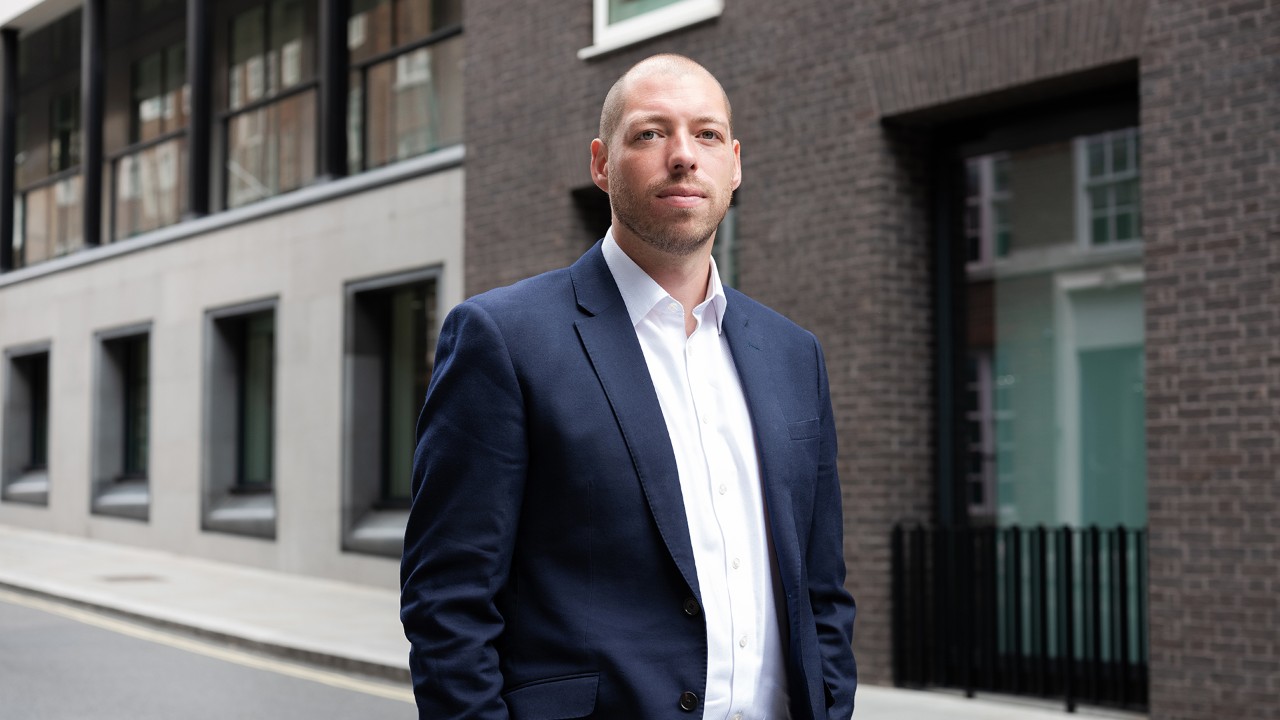 Time to leave the city behind?

Transferrable skills and starting from scratch

It was then that the reality of our move and the need to adapt began to dawn on me. A colleague from JLL's Auckland office reached out early on to tell me: 'All the Poms who have made successful moves to New Zealand have reinvented themselves here.' Another, a Brit who had moved some years ago, commented: 'There's no point trying to bend the model to fit what you did in the UK,' and concluded: 'Eventually I decided that if you can't beat them, join them.' I knew that I would need to fall back on the transferable skills that all chartered surveyors have. The value of broad-based property expertise cannot be understated.

However, I hadn't expected to reinvent myself. I was well-established in my field. I'd advised national governments, politicians and city leaders. I'd lectured, written and campaigned for reforms on topics from housing to inclusion. I'd led development schemes on a transformative scale. None of this was the point though; it was about making this expertise and experience fit a new market.

I've helped teams and organisations grow in the past. In many ways that expertise transfers naturally. I've also worked in roles where I managed significant commercial risk. In that respect, the process of assuming a new role, moving to a new country, buying a new house and having another baby was all quite straightforward.

The challenge of establishing a profile and network in the market felt much harder. I quickly realised how much of my success in London had relied on precisely these two things – both of which I would need to rebuild from scratch in New Zealand.

Our move has been an opportune moment for self-reflection and I've taken a lot from it. I can't claim that the lessons I've learned are comprehensive and I won't pretend they can't be improved upon, but I can venture five messages for anyone considering a similar move.

After a year of change we're happily settled in our new home. We have a stronger sense than ever that we are the authors of our own story, our daughter has been joined by a son and we are more open to not knowing what might follow next.

Meanwhile, JLL's Wellington business is going from strength to strength, building a culture that attracts and retains new staff and clients, and taking market share from our competitors every day. Two months after starting, I took the role of head of strategic consultancy for New Zealand. We've since diversified and expanded our business. We now work across not only New Zealand but Australia and the wider Asia Pacific region.

We've just been named RICS Real Estate Advisory Team of the Year. Richard Branson once said, 'If somebody offers you an amazing opportunity but you are not sure you can do it, say yes – then learn how to do it later!'. I tend to think he's right.

The development and planning systems in the UK and New Zealand are similar yet incredibly different.

In the UK, local authorities set the rules and policies that guide development in their areas. New Zealand is similar, but it also has planning zones and permitted land uses in particular areas as directed by councils.

Meanwhile, the national policy framework in New Zealand, set by the Resource Management Act 1991, was intended to protect the environment. However, the act has been bastardised so much over the years it has come in for considerable criticism, and the government is currently rewriting it.

Development practice itself is similar in both countries, but the difference is scale. New Zealand's population is no bigger than that of a city-region the size of Greater Manchester, but its land area is closer to that of the British Isles. Consequently, the country does not have the number or size of developers that can work at volume, as happens in the UK.

Nevertheless, both countries are investing in housebuilding to try to alleviate their housing shortages. New Zealand has built more in the past five years than it has for several decades, but still has a long public housing waiting list that will take many more years to redress. Kāinga Ora Homes and Communities, an urban development agency similar to Homes England, is leading the effort to build.

As in the UK, cities in New Zealand have expanded relatively quickly in recent decades. But successive governments and council administrations have been criticised for insufficient investment in transport and water infrastructure in those cities.

The New Zealand government decided recently to increase infrastructure spending significantly to cope with the economic impact of COVID-19, although this also seems to be contributing to inflation. Specific projects, such as the City Rail Link in Auckland, are receiving investment on a case-by-case basis. The UK's City Deals target infrastructure among other outcomes. While they were emulated by Australia, the concept never got off the ground in New Zealand.

The RICS UK Commercial Property Conference returns online this year to close out 2022 and will be delivered over two consecutive half-days.

Hear from key-industry speakers giving practical advice to surveyors in tackling the issues of the ongoing cost of living crisis, rising interest rates and how to prepare for a sustainable future in the post-covid recovery. See here for further details.