Getting floodproof homes through the planning process

Floodproof homes at Medemblik: the Netherlands inspired the creation of floatable homes in the UK, © Floodline Consulting Ltd

Q: First of all, what is the legal status of a house that can float? Is it considered a fixed asset?

JM: Yes, it is a fixed asset that is capable of attracting a traditional mortgage and insurance cover.

There are two types of floodproof building: those on stilts that are always above the predicted flood water level, and those that can float if the surrounding area becomes flooded. The habitable floor is always above the water level with no risk of being exposed to flooding internally. We are proposing houses that sit dry but can float in the event of a flood. A fully floating house has a completely different status because it has no terra firma below it.

Q: Should you be trying to persuade councils to build in areas that are at risk of flooding?

JM: We have been lobbying government for two or three years. In terms of engineering, principle and process, floodproof homes could be introduced straightforwardly on to the UK market; but theres a lack of understanding, and conservatism about bringing it to the UK.

It starts with the National Planning Policy Framework (NPPF) and cascades down through local authorities who are the decision-makers. They rarely look at these types of house positively. Some councils that have major flood problems look more closely but they are constrained by the NPPF, and in particular by the wording of the sequential test, which directs all new development to the area of lowest risk.

Decision-makers should be allowed to accept the appropriateness of the proposals. Rising to the Climate Crisis: A Guide for Local Authorities on Planning for Climate Change, published in May 2018, states that the application of the sequential and exception tests should include consideration of design innovation.

Q: Can occupiers be confident that the mitigation measures work when there are so many extreme flood events?

JM: We operate in a sophisticated economy, we have the best modelling in the world, and we know where the water goes when it arrives. Understanding flood extent and limitation, we can be confident that the technology works. Under current legislation, we have to model and plan for a one-in-1000-year event, which is an extreme storm. But a floodproof home can survive any storm condition no matter the severity because it just continues to rise.

Q: What are the cost and value implications? Are there additional costs and, if so, are they matched or exceeded by the additional value of a floodproof home?

JM: Floodproof homes are more expensive to build and infrastructure costs are likely to be higher. These additional costs are all reflected in the land value, which will necessarily be lower.

Q: What's the position with the two planning applications you've made?

JM: We were in the planning stage for two floatable homes in Dorset, which the Environment Agency passed as safe. But they failed the sequential test for no discernible technical reason, even though the buildings were adapted to cope with river flooding as well as sea-level rise. This was disappointing because it was a landmark development on a brownfield site in Christchurch. The scheme is being reviewed and we will resubmit the proposal. But this is costly, so clarity about the way the sequential test is applied is necessary.

Theale was a scheme that had wider community benefits. It was a hybrid scheme, with 200 conventional houses, 25 floodproof houses and a new sailing club and water-based activities, with a flood alleviation scheme for the local village that would reroute water into an 80ha lake. But we were refused in planning.

Q: Have the designs been tested against the Building Regulations?

JM: Yes, everything is designed with the Building Regulations in mind. The designs are borrowed from Dutch building techniques and lend themselves to modular or structural insulated panels (SIPs) methods of construction, conforming to the highest building standards. The substructure or buoyant bases are made of concrete, while the upper floor is of a lightweight construction – the heavy basement provides stability to the building when it is in a raised position.

Q: What is the main construction type?

JM: The substructure is a buoyant basement made of a waterproof mix of concrete that needs to be poured in one go to ensure there are no joins. It's not a complicated process, and has been carried out for many years, especially offshore. The superstructure is not suitable for the traditional wet-trade method of construction using bricks but it is ideally suited to off-site construction using the modular or SIPs approach to building and the same as for any other modular-type building construction elsewhere.

Q: Do the piles require special maintenance? And how does the buildings lifespan compare to that of buildings not designed to withstand occasional flooding?

JM: The piles are fixed, and the building moves up or down rather than horizontally. In the UK, we are talking about living from the ground floor and above, which is above flood level. The structure of the basement is also damp-proofed. It is almost the same principle as a pontoon, tethered to the pile through spring-loaded rollers or dolphin structures. Only the rollers require any substantial maintenance.

There are buildings in the Netherlands where more modern superstructures have replaced the originals while retaining the buoyant basement. Insurance requires a maintenance and testing programme, for the basement in particular.

Q: Have UK insurers been approached about this construction type? And what are the expected premium uplifts from comparable standard construction?

JM: The first thing I looked at was whether I could sell can-float buildings as if they were traditional houses. After all, this is planning for a one-in-1,000-year event and the buildings may not rise in our lifetime. At present it is a niche product, so it will attract a small premium – which is ironic considering it will be floodproof. Then its about constructing a sufficient number to become a mainstream product.

Q: What role is there for chartered surveyors in these types of project?

JM: There are important functions for RICS here. One is to give confidence to lenders that this is an accepted building technique and two, to reassure them that valuation will be maintained and that their investment is secure.

The two key areas identified by Justin Meredith where surveyors have an important role relate to all our responses to climate change, not just flooding. Few people think we can deal with these problems without new construction materials, designs and methods, as well as new ways of managing commissioning and supply chains to verify that what is being built is as specified. So the profession must assure anyone relying on our advice that evolving technical standards accord with existing regulation – but regulations may also need updating to accommodate innovation.

Reassuring lenders will, however, be more challenging. If an innovative building is a niche product but highly desirable, it may sell at a premium to similar but not so distinctive properties. If however homebuyers prefer more traditional properties, it may sell at a discount. The valuer should give an opinion that considers all such factors; but the more transaction evidence there is, the more assurance they can give lenders about their security. It is also important to be aware of legal rights associated with natural watercourses where relevant. 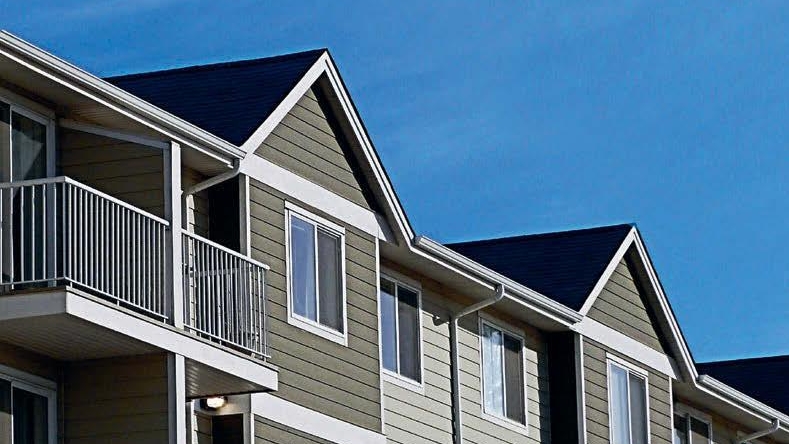 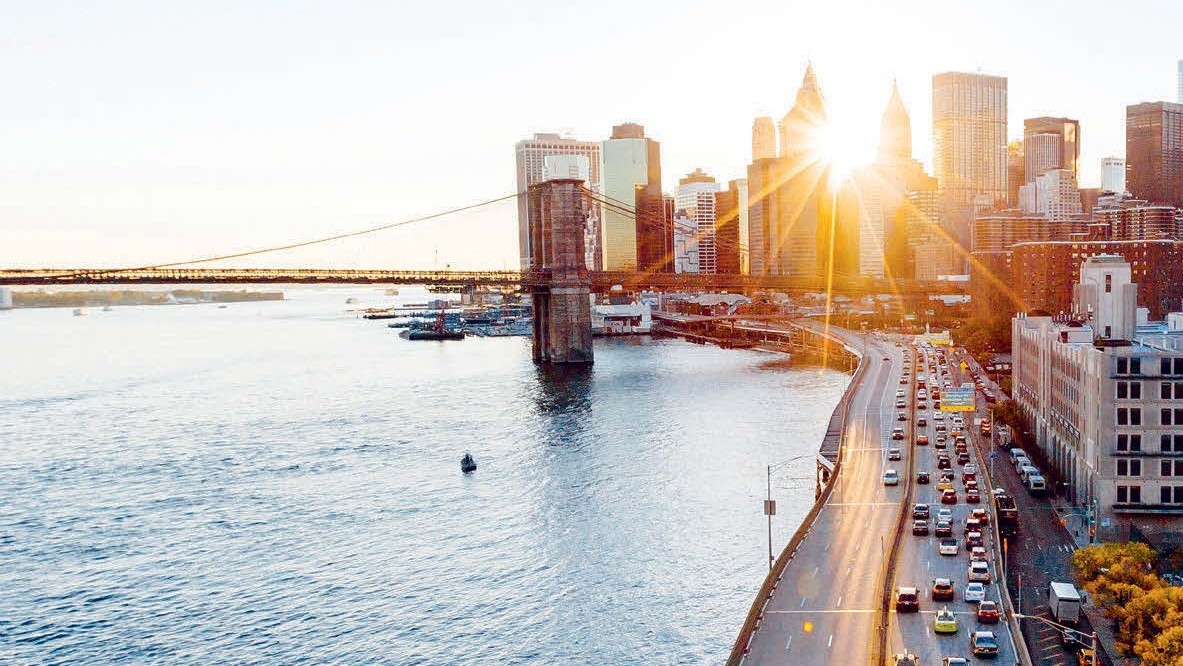 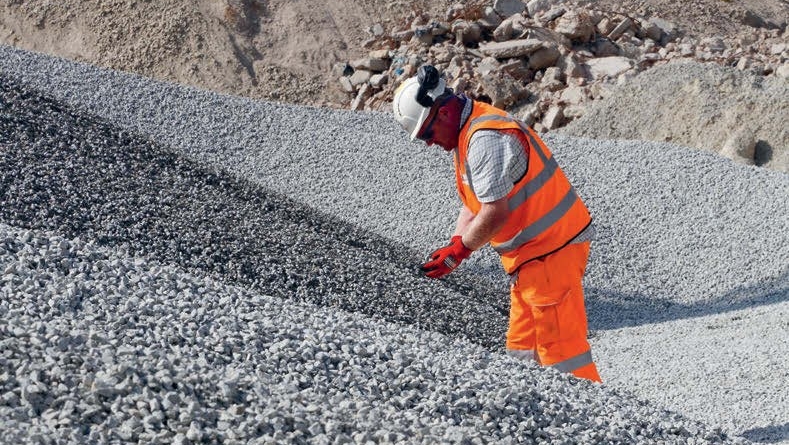