What factors make a successful city? Recent research has been taking a hard look at the future of the urban landscape

aerial shot of the shard, London

Over the summer of 2018, CBRE undertook research on what British cities would feel like in around 20 years' time. Through short, interconnected articles, our research intends to mimic the form of, and cast new light on, the complexity of the future city.

It's difficult to understand the city from a single viewpoint. Like a journey through the urban landscape itself, our research brings shifting perspectives, ambiguities and contradictions. The future of our cities will be influenced by an immense range of factors, and the inherent uncertainty of forecasting means that it's not yet known precisely what this future entails.

This is not to say that cities won't be cleaner, greener and safer by 2040; they probably will. But one of the best guides to the speed at which our cities might change in 20 years is to look at change over the past two decades. Since 1999, for example, London has acquired a metro mayor, the Jubilee Line extension, the Millennium Dome, Oyster ticketing, the congestion charge, the Overground and the Olympics. By 2019, many individual improvementshave been made, though we still don't have Crossrail, and many neighbourhoods have been transformed, though not all for the better. Similar things can be said about many other British cities.

However, most of the building stock and transport arteries that existed in our cities in 1999 are still with us today. Even in the past ten years – the supposedly transformative decade of the smartphone – physical and economic change in our cities has been incremental, with the course of these urban supertankers only shifting gradually with time. In our research, we therefore aimed to tease out some ways in which the supertankers might start to turn.

According to Oscar Wilde, 'a map of the world that does not include utopia is not worth even glancing at'. What he may have meant is that, without some idea of the direction in which we should travel, we are much less likely to achieve progress. Lewis Mumford pointed out that utopia has often historically been imagined as a city, and also suggested that many of the institutions associated with it were born in the city. In the city utopia, life is easier and healthier; there is egalitarianism alongside prosperity, and – at least according to Ebenezer Howard – town and country have reached an easy accommodation with each other. The city is greener and more pleasant, sometimes diluting the very concept of the urban into something meaningless.

This tidying-up of the future can be extremely seductive, but it is probably not accurate. Even today, artists' impressions of new city developments seem suspiciously lacking in, for example, overflowing waste bins, rough sleepers or kebab shops, things that we all know have been part of the urban experience throughout our lives as cities grapple with the challenges of expanding populations, ageing infrastructure and socio-economic fractures.

So it is best to draw the line at the fun but largely fanciful idea that the British city of the 2040s will be radically different from the way it is now. Our cities have been around for centuries, and they show their age in the heritage of their street patterns, buildings and indeed in neighbourhoods of stubborn deprivation. Our cities also have deeply embedded cultures and communities with a knack of fighting back against an unwanted utopia.

Furthermore, there's not much evidence that the problems of the city are ever truly solved, certainly not in Britain. However lyrical one might wax about creating well-planned cities such as Canberra, which amply provide for future development, there are no large cities of that type in the UK. Instead, British cities face perennial challenges that are partly problems of success – in other words, their own growth and prosperity increases the complexity of, for example, ensuring adequate infrastructure and social equity.

These problems are in-built. If a city is anything, it is denser and economically more complex than its hinterland, and with density and complexity come potential overcrowding, especially in the centre, conflicts over land use, and – if the city is growing – the constant problem of coordinating and providing the infrastructure and services necessary to stop it collapsing under its own weight.

Some would say that the maintenance of the city as an historical artefact creates a certain aspect of utopia in which older buildings, open spaces and infrastructure are recognised as being part of its long-term future. But the more prevalent view of the utopian city is still one in which technology and modernity reign supreme, and inefficient or old-fashioned buildings have been bulldozed.

'It's difficult to understand the city from a single viewpoint, and like a journey through the urban landscape itself, research finds ambiguities and contradictions'

There can be no doubt that technology has hugely improved our cities and brought them a little closer to our mental image of utopia. Whether it be smokeless coal – forced into existence by the Clean Air Act 1956 and subsequent legislation – or the electric vehicle – which may be similarly forced into widespread use by current UK government proposals for a ban on internal combustion engines – technology can bring some ease to city-dwellers. Mumford argued that governance and effective institutions can do the same, and we can reasonably expect that over the next 20 years technology and governance will make a similar contribution to improving cities as they have in the past 20.

But they have also brought problems of their own, and utopians often argue for the benefits while ignoring or downplaying the difficulties of progress. Nevertheless, we must always keep Wilde's advice in mind. Without some hope that the problems of the city can be solved, there is not much point beginning to build.

So what makes a successful city? There's a huge body of literature that analyses this most complex and intriguing invention of human civilisation, but our research gravitates again and again towards three key factors: culture, innovation and governance.

Successful cities are crucibles of culture: art, music, performance, food, architecture, identity and customs. Culture is a generator of success because it provides for the exchange of ideas; it offers both a challenge to and a reassurance about the city's identity. Culture is also a product of success, as educated citizens seek stimulation and relaxation. Philanthropy and patronage contribute to culture in recognition of its contribution in turn to the good life, but also to associate their brands with it. And culture attracts the inquisitive traveller, creating benefits from tourism and interchange of ideas.

Cities are usually at the centre of innovation and technological advancement as well. They do this for their own survival, inventing ways to survive the sheer size and complexity of the urban form, whether these be building regulations after the Great Fire of London, Stephenson's Rocket and the Metropolitan Line in the 19th century, or Oyster cards today.

Smart cities and smart buildings are merely two ways of imagining the future relationship between technology and the city. But cities also have the critical mass to support the highest-quality ducation, which has two effects. First, this mass creates specialists, including economic specialisms and comparative advantage, such as financial services in Edinburgh or advanced manufacturing in Birmingham. Second, it allows cross-fertilisation of ideas.

The third factor is governance. After a period of urban exodus, the population of UK cities is now growing again, if not the spatial extent, and so they're becoming more complex. Boundary disputes and differing objectives make them difficult to govern: cities contain diverse political opinion and internal territories, such as the dense inner city versus the leafier suburbs. The city argues with itself about how it wishes to evolve, as can be seen in debates about social cleansing of housing estates and unease about gentrification.

The British city also often argues with its hinterland over its physical size, with the green belt seen as a largely sacrosanct way of holding back the tide. Decisions must be made over how to allocate resources to parts of the city – for example, to improve transport infrastructure, clean contaminated land or undertake regeneration programmes. The successful city is one that has the necessary power to make, coordinate and fund decisions about such issues. Who decides and distils the essence of the city's aspirations for itself, and guides it towards that goal?

The most successful UK cities in 20 years' time will be thosethat recognise the importance of promoting a rich culture, cutting-edge innovation and good governance. This is because, throughout history, cities that exhibit these characteristics seem to attract both people and money. As the forces of globalisation allow finance to flow ever more freely, cities are increasingly debating how they can attract it by advertising the quality and sustainability of their urban offer internationally.

Crucially, UK cities are not all at the same stage of this journey. For example, the metro mayor experiment, which confers wide powers on directly elected city politicians, is not being conducted in all major cities. Not all have been equally successful at articulating their brand, either: some are struggling to retain local talent and upgrade a relatively low-skilled workforce. So, we do perceive a race between UK cities over the next 20 years to improve their competitiveness – and not everyone will be a winner. 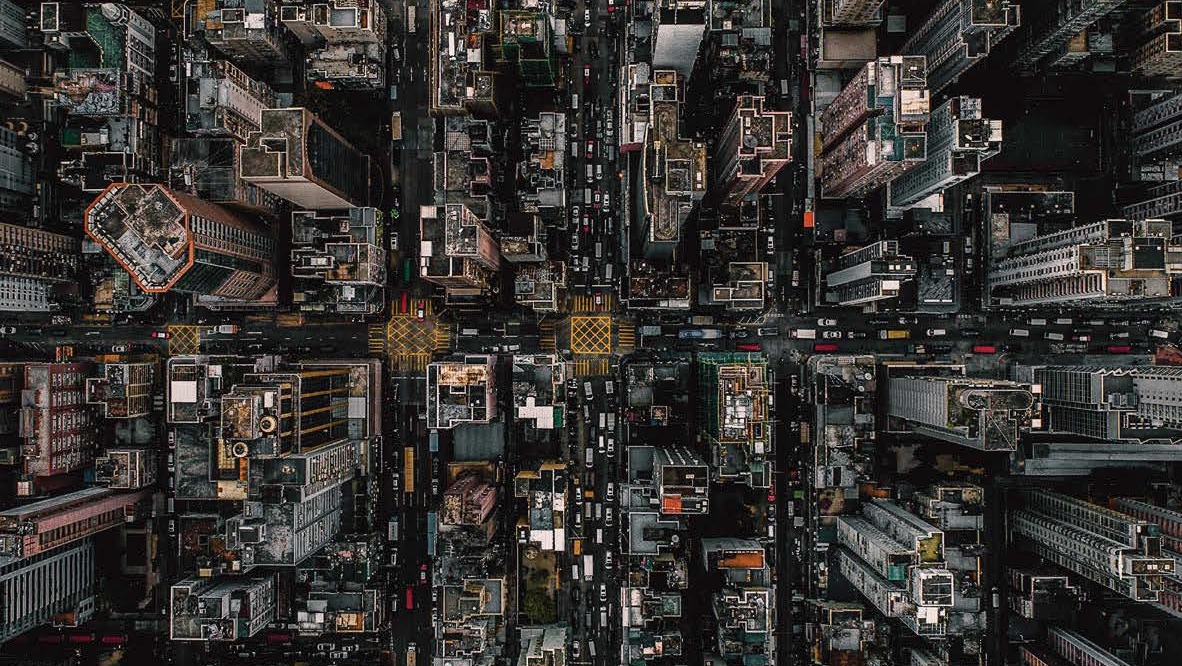 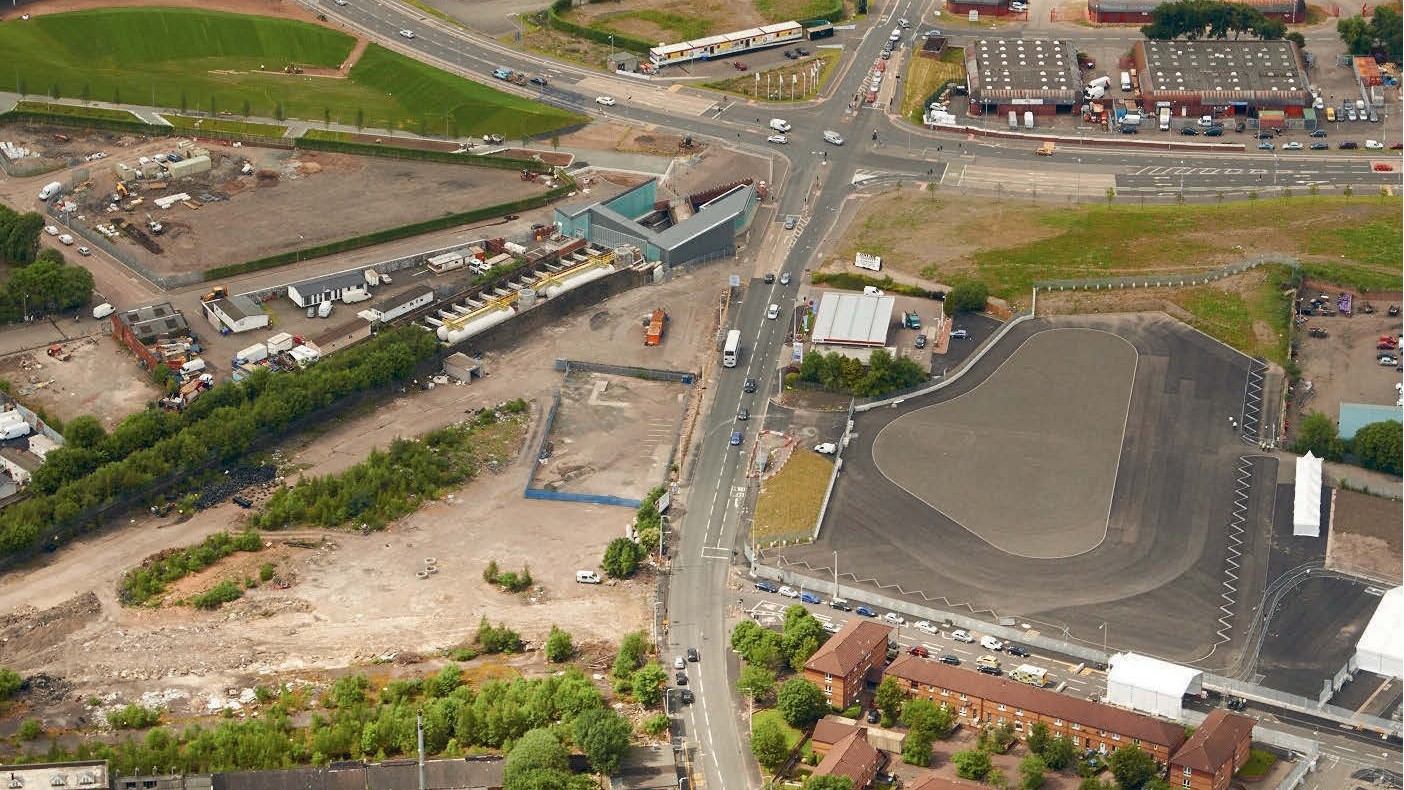