How can property owners be prompted to improve energy effficiency, and do their measures have a positive impact on value? European research suggests some trends across the continent

The 2018 report by the Intergovernmental Panel on Climate Change confirms we may still limit the rise in global temperature to 1.5°C, which will still mean many EU countries suffer an increased number of days of intense heat, but experience cold winters. To ensure the rise in temperature is as minimised as this will require an 80 per cent reduction in carbon emissions from a 1990 base, as agreed at the 2015 Paris climate conference. Yet climate change means that demand for energy to heat and cool properties will also rise unless action is taken to increase the efficiency of the stock. Any supply issues will raise prices, with the burden falling hardest on those with poor purchasing power, and may lead to negative health outcomes and, at worst, fatalities.

Therefore, the need for energy efficiency has never been greater. However, Europe's housing stock is old and inefficient, with only three per cent of stock built or improved to the highest energy standards. World Green Building Council analysis using government data showed that energy efficiency correlates closely with the age of the building, and that rented stock typically has lower efficiency than owner-occupied housing. Furthermore, with a renewal or replacement rate of only about one per cent a year, the solution must lie in retrofitting existing stock rather than relying on new build. There has been much success to date and there are technical solutions that enhance energy performance, but upgrading work must accelerate.

The challenge is to find the motivations and mechanisms to upgrade stock. Must these be sticks in the form of regulation? Or can carrots work, in the form of subsidies or added value? The attractions of upgrade are clear: energy-efficient buildings have lower running costs, are more comfortable and, potentially, better support residents' health.

The main EU policy mechanism has been the energy performance certificate (EPC) and, in the UK, the first-stage introduction of Minimum Energy Efficiency Standards (MEES). The former relates to the point of transaction and only raises awareness; the latter are a stick, but they only cover stock that has been let and are targeted solely at the worst-performing buildings.

In the absence of tighter and more widely scoped regulations, the emphasis has to be on motivation – including the prospect of financial gain through property value rise. But can valuers support this?

In terms of retrofitting, the incentive for energy efficiency improvements may lie more with improved comfort and reduced energy costs and, in future, ease of mortgage finance than with capital value shift. Valuers can only advise clients of changes in value consequent on energy efficiency improvements if comparable evidence supports this. Valuers follow the market rather than making it, and their role is to work with market evidence. This apparent dichotomy is now explored with reference to research and the valuer's role.

Residential valuations are performed for various purposes but will normally be undertaken by use of the comparables method or, in the case of large portfolio investment decisions, a discounted cash flow (DCF).

Given that the majority of residential units are either owner-occupied or situated in a context of prevailing owner-occupation if they are let, valuers need to assess the impact of energy efficiency specifically against the factors that influence market behaviours. This can be challenging when the data for comparable sales is limited, with the EPC rating often the only energy data available. 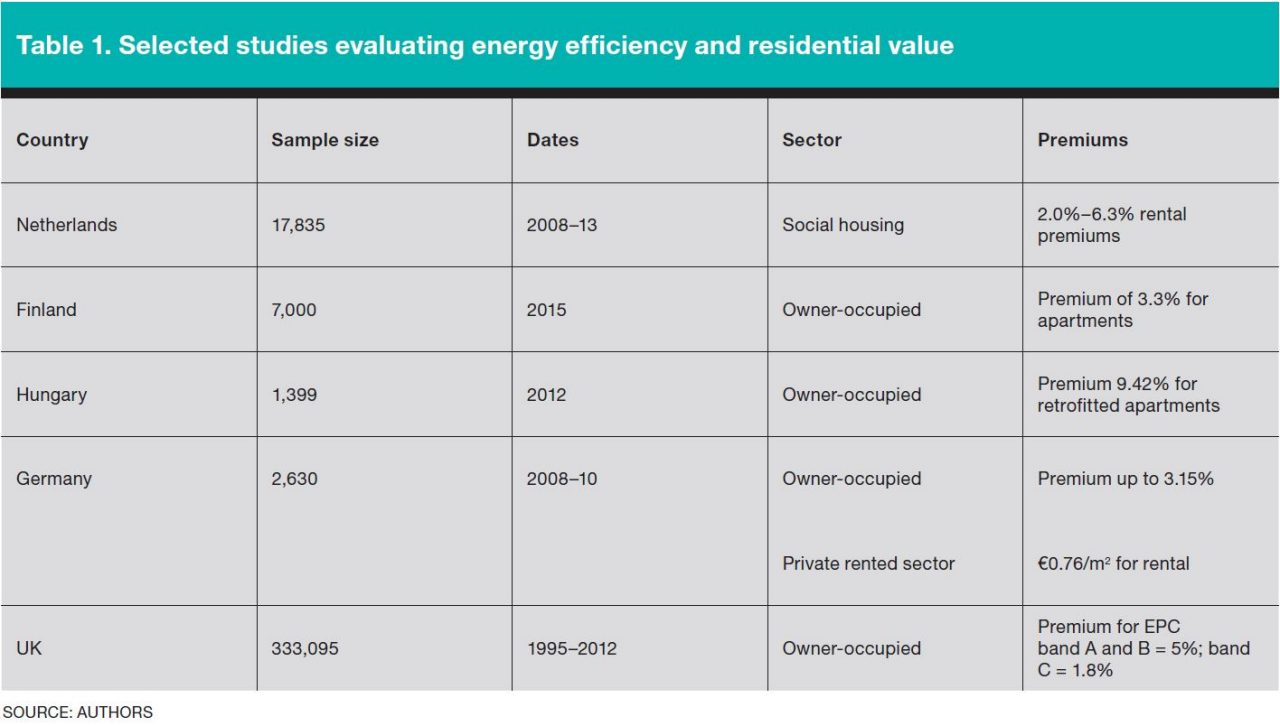 Given the prevalence of mortgage finance to support residential transactions, it means that, while lenders may be concerned about the security of the loan, they may lack detailed information on which to assess the future energy risks, though this is set to change due to market initiatives to introduce green mortgages. However, when undertaking an investment valuation using a DCF, energy efficiency factors can be factored in more easily. To an investor, the future impact of energy efficiency and pricing may be a consideration, particularly if this will have an impact on the value risk profile of the asset to lenders.

In complying with the mandatory Red Book standards, valuers will need to consider risks attaching to their valuations and these, they are advised, extend to consideration of sustainability criteria, implicitly including energy efficiency. Clearly, such risks are most likely to be important to valuations that have an impact on lending and investment decisions, but they may also matter to prospective owner-occupiers.

The aim of the Red Book advice in relation to sustainability is to provide greater transparency in reporting and heighten awareness of such matters, both to clients and to valuers themselves. But in and of itself, however, more forensic inspection, analysis and reporting will not transform the market at the speed and on the scale required to meet EU member state climate change commitments.

Many studies examine the relationship between energy efficiency in the social housing, private rented and owner-occupied housing sectors. Table 1 aggregates the findings of published academic studies, almost all of which used hedonic price analysis as the method of distilling any premiums and mainly focused on EPCs as a measure – albeit that the early studies were undertaken when EPCs were in their infancy or, in a few cases, before their introduction.

The table does not, however, include a recent hedonic study, undertaken as part of the yet to be published Revalue project that examined valuations for social housing in Germany, the Netherlands, Sweden and the UK along with their EPC ratings. It concluded that energy efficiency, although making a measurable contribution to value, was far outweighed by traditional factors, and mainly related to visible components affecting energy performance such as double-glazed windows. Notably, brown discounting in respect of inefficient buildings was noted and was greater in value impact.

Among the UK-based studies, research published in the journal Energy Economics in 2015 found a positive relationship between energy efficiency ratings and the transaction price per square metre. This was most marked for terraced dwellings and flats compared to detached and semi-detached dwellings, perhaps implying that energy efficiency is less of a consideration in higher-value dwellings.

However, while these large-scale studies are valuable, a valuer must assess market value based not on such studies but on comparable market evidence that is local, recent and defensible against any negligence claims. Recent qualitative research in the Revalue project does not fully bear out the findings of the quantitative studies. A series of interviews and round-table discussions conducted with valuers across England, Germany, the Netherlands and Spain supported the view that while visible factors such as windows – which benefit not just energy efficiency but also comfort and security – are important, overall efficiency is low down on the list of value attributes. However, as new, better-specified stock is built and retrofits take place, stock that has not been improved will suffer a brown discount.

In conclusion, the evidence points to energy efficiency beginning to have an impact on value, though this is very small compared with the factors that traditionally affect it. The strongest statistical evidence comes from large-scale hedonic analyses, but these do not explain the rationale for the evidence. The practice-based research shows what is driving the observed changes and supplies greater insight for valuers.

What is apparent is that the drivers of value vary depending on stakeholder group, but include health and well-being, regulation and, critically, the changing views of lenders. In future, energy is likely to be of increasing importance in the decisions of occupiers and investors, and this will be reflected in value. However, much will depend on the approach taken to regulation, availability of grant aid, the attitude of lenders and the transparency of evidence.

Sarah Sayce is professor of sustainable real estate at the University of Reading, UK

Sara Wilkinson is professor of property at the University of Technology Sydney, Australia 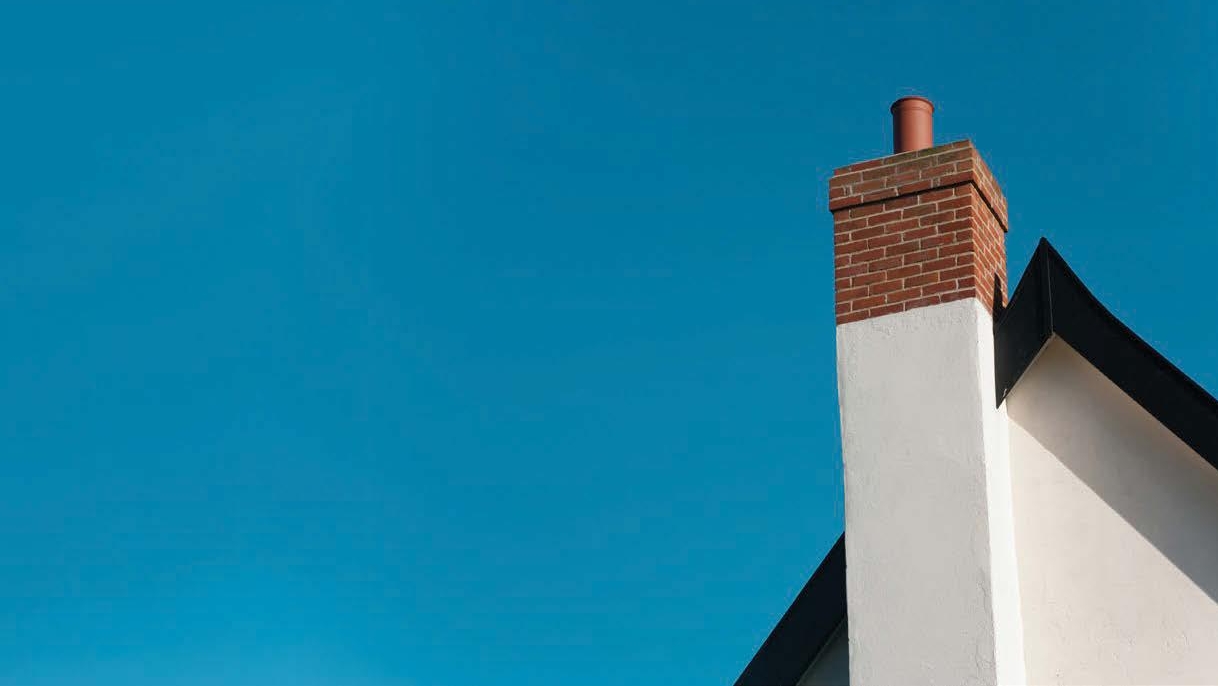