The COVID-19 pandemic has been a disaster for most sectors of the economy – but not for all. Supermarkets, for instance, have seen a huge surge in demand. But could it be that the lockdown has also benefited more local grocery outlets?

After the first month of lockdown, researcher YouGov conducted a study that asked whether people had used different types of food shopping options more or less since being confined to their homes. Predictably enough, 16% of people surveyed reported that they had used online grocery delivery services more frequently than normal.

Remarkably, however, 23% said that they had used local grocery stores more frequently. “This is the largest uptick among all the shop types in the survey,” says Eir Nolsoe, data journalist at YouGov. “The figures seem to support news reports of people turning to corner shops as supermarkets struggled to keep up with increased demand as a result of the coronavirus outbreak.”

Alex Kalebic MRICS, associate director for in-town retail at Savills, agrees. “COVID-19 and the subsequent lockdown has hugely impacted how retailers can operate, with restrictions resulting in an almost overnight blanket closure of high streets with the exception of specific essential retailers,” he says.

“This significant change to the way in which we can shop led to consumers embracing new shopping habits. With lengthy queues often forming outside supermarkets and online delivery slots being few and far between, many have switched to the independent retailers on their local high streets for everyday essentials.”

Of course, in those early days of lockdown, people were panic buying, so a surge in use of high-street shops for difficult-to-find items such as toilet roll were to be expected. However, the latest data from research firm Kantar demonstrates that it has been sustained. Sales growth stood at 18.9% in the four weeks to 14 June, up from 17.2% in the previous four-week period.

“The boost has been led by online sales, which have continued to accelerate, and convenience stores, which took £1.6bn through their tills during this period,” says Fraser McKevitt, Kantar’s head of retail and consumer insight. “Convenience stores have become an increasingly important outlet for shoppers during the lockdown, be they independent retailers, which are growing at 69.3%, or the smaller formats of major outlets, for example Tesco Express and Sainsbury’s Local.”

Indeed, convenience stores accounted for 14.7% of all grocery sales in the four-week period. “This is considerably higher than normal levels, but it has receded from April’s peak of 16.3%,” McKevitt added. “Co-op has reported strong sales as a result, with its network of local stores helping to accelerate growth to 34.5% over 12 weeks. Co-op’s market share now stands at 7.4%, representing its highest figure since March 2001.”

According to Kalebic, there is evidence that the increase in local shopping isn’t just down to convenience and COVID-19. He reports that before the pandemic struck, there was already evidence that consumers were seeking out produce from independent grocers that took supplies from more local producers.

“We were already seeing a growing trend towards buying locally produced food, with many consumers beginning to make a notable effort to buy seasonal produce with reduced air miles, and the current situation appears to have reinforced this,” he says.

“We have seen a movement towards supporting local retailers, with high-street butchers, bakers and grocers continuing to offer their products and services throughout the crisis. This drive towards shopping local should help independents reap longer-term rewards with the loyalty they have built up during the course of the crisis.” go to article Workations – why hotels could make the best offices 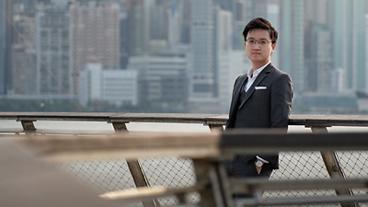 go to article A star in the east: meet RICS Young Surveyor of 2020 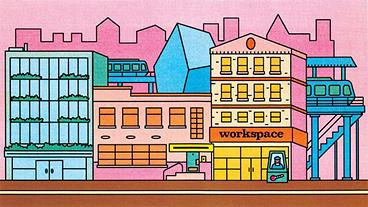