Standard bearers: why building control is getting tough

The Grenfell Tower fire has shown how slippery supposed safety codes can be. But tightening standards means finding knowledgeable people to enforce them – and that’s where the idea could become unstuck

Our homes provide refuge; they shield us from harm. Certainly, that has been the case during the pandemic. With the UK in lockdown for much of the last year, a key part of the government’s strategy has been to keep us within our own four walls as much as possible, keeping us away from each other but also, critically, away from COVID-19.

But what if your home was not a source of comfort? What if it were, actually, a source of great anxiety? Following the tragic fire at Grenfell Tower in 2017, in which 72 people lost their lives, a series of urgent reviews revealed that thousands of people were also living in unsafe buildings. The exact figure has remained frustratingly difficult to ascertain.

Many reports cite 56,000, but that number only relates to people living in buildings fitted with the same aluminium composite material (ACM) cladding that wreaked such destruction at Grenfell. Since fire safety became such a focus of concern, many other issues have emerged that are potentially equally serious. In reality, the number of people living in unsafe buildings is likely to run into the millions.

How to make all those existing buildings safe – and who foots the bill – is currently a source of some controversy. The government is taking action, however, to try to prevent such defects causing future disasters by bringing forward its Building Safety Bill. It’s a wide-ranging document that should lead to significant change, but is the industry anywhere near ready to respond effectively?

A key part of the bill is the introduction of the Building Safety Regulator (BSR), which will sit within the Health and Safety Executive (HSE) and the new body will take responsibility for buildings deemed to be particularly risky. What “risky” will mean is, however, unclear: in taking evidence, the Housing, Communities and Local Government Select Committee heard that any definitions in terms of height or size also need to take account of other residential buildings that house vulnerable people or would be difficult to evacuate in the event of a fire.

Critically, the BSR will have the power to assign specific responsibilities for safety to people and businesses, who will be known as “duty holders”, during design and construction. During her inquiry into the Grenfell disaster, Dame Judith Hackitt soon identified that a key issue in the botched refurbishment of the tower had been a lack of accountability, something the bill is seeking to address.

A global issue - The Address Hotel, Dubai before and after the fire in January 2015

“We've now got contracts that arrive in wheelbarrows full of all sorts of technical nonsense,” says Steve Underwood, COO of Colmore Tang Construction which is campaigning to raise awareness of the cladding crisis. “The accountability from the start of the project to the end of the project is split into so many different bits and everybody has reasonable ability to say, ‘it wasn't me, gov’. Making contracts more complicated, does inherently create more loopholes, so there's no one actually in charge.”

It is all very well making somebody accountable, but that doesn’t necessarily mean that such duty holders will have the necessary skills to execute their responsibilities. Indeed, Hackitt identified low levels of competence in the construction industry as a critical issue.

“The lack of a coherent and comprehensive approach to competence can seriously compromise the fire safety of HRRBs [higher risk residential buildings], for example, where decisions are taken and/or materials are installed by people who do not fully understand the implications of how to achieve good quality building work,” she wrote in her report.

Further, Hackitt also found that the current practice of allowing building developers to choose who inspects their work as highly problematic. If a developer chooses to employ a private consultant rather than have a building inspector assigned by a planning authority, it can lead to a conflict of interest. After all, it isn’t in the consultant’s interest to find a developer lacking if they want to secure further work from the company in the future.

As a result, in addition to creating greater accountability for those involved in the building process, the bill also seeks to reform the building control regime by removing the ability of construction companies to choose who inspects their work, albeit that the measures currently only apply to higher-risk buildings. Private consultants will still be used, but they will be appointed by the BSR.

Making contracts more complicated, does inherently create more loopholes, so there's no one actually in charge

“There's nothing to stop them using approved inspectors to help them in any kind of inspection that they need to do,” says Tony Jones, principal structural engineer at the Concrete Centre. “The difference would be that they would be working for the regulator, not for the contractor, and therefore they would get that independence that Hackitt talks about.”

Again, competence will be a critical factor in the bill’s success. As the select committee report notes: “The building safety manager will be a crucial part of the new building safety regime. They will have to be extremely skilled and knowledgeable if they are to manage safety risks in large, complicated buildings. In fact, the role will be so specialised that probably very few people now would be competent to fill the role, which means the industry will have to train them up especially.”

It adds: “The problem is the government has not told the industry what precise skills and knowledge people will need to do the role, which means it cannot start recruiting and training people. This could slow the implementation of the new regime. Another problem is that accountable persons might struggle to assess the competence of individuals applying to be building safety managers.”

What is abundantly clear is that whether you’re talking about duty holders, building inspectors, accountable persons, or building safety managers, competence is key. The trouble is that it isn’t at all clear that the sheer volume of people with the requisite skills are available.

“The plain fact of the matter is that there is a limited amount of skill to do that,” says Underwood. “It is spread very thinly. And in order to get to the necessary skill levels, there's going to have to be a huge investment by the industry.”

In the aftermath of the Grenfell Tower tragedy, a team led by Gary Strong FRICS, Global Building Standards Director at RICS, started looking into existing fire safety standards in countries around the world. Initially, the idea was that it would identify best practice that could then inform standards in the UK. However, it soon became apparent that there were multiple different codes and standards and little consistency. Terrifyingly, some countries, particularly in South America, didn’t have any standards at all.

As a result, Strong started exploring the idea of establishing a coalition of professional bodies that would draw up a code that could be adopted internationally. He contacted various professional bodies around the world and ultimately pulled together 80 organisations to form the International Fire Safety Coalition (IFSC), which in turn was endorsed by the UN.

With the coalition established, attention turned to establishing an agreed set of standards, which involved setting up a committee of 24 international fire safety experts, chaired by then-RICS president Tim Neal FRICS. An early draft was shared with peers for review towards the end of 2019 and the final text published on 5 October last year.

At that point, things moved very quickly. Strong presented the International Fire Safety Standard to the UN on 7 October and it was ratified on 13 November. As a result, the world now has an agreed fire safety standard for buildings for the first time in its history.

Collaboration has clear advantages  – so why do traditional approaches prevail? Read more 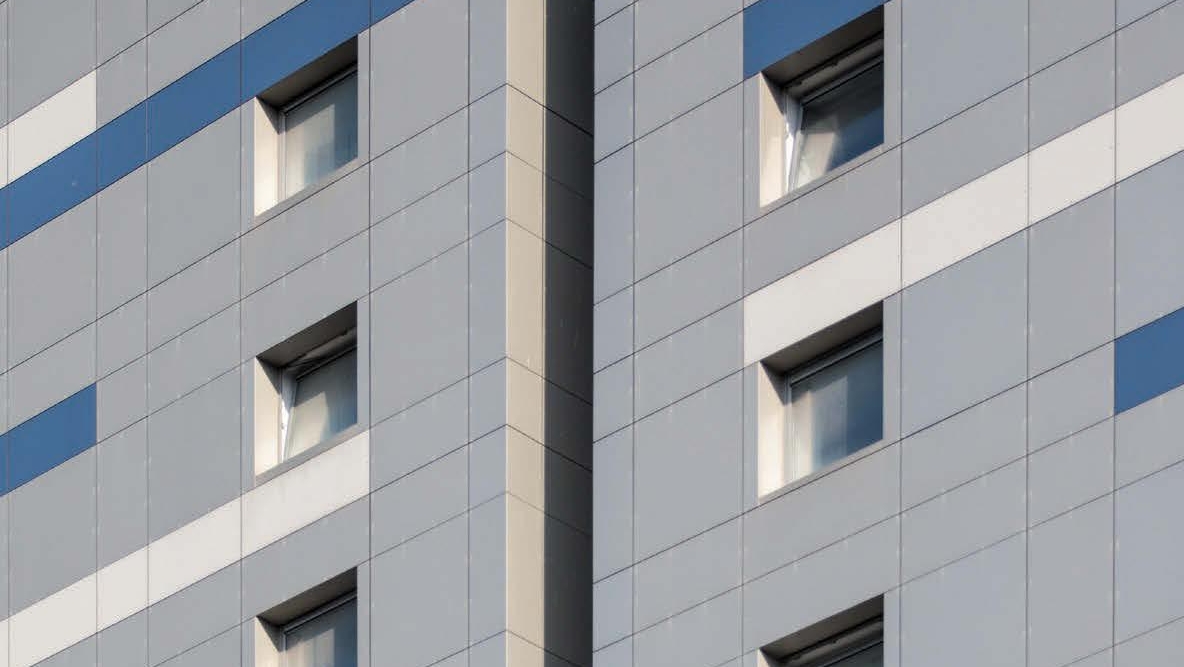 go to article Coming clean: the benefits of bioremediation