What makes a great suburb? Is it inch-perfect geometric design, outdoor space or excellent amenities? With the aid of spectacular aerial photography, Modus explores suburbs from around the world

Garden City in Brøndby, Denmark. Photo by Henry Do / HenryDo.com

Drones have made aerial photography far more accessible than before and give us greater insights into suburbs or towns that weren’t previously possible.

The overall vision of urban planning is not always visible as we walk along a single street. But seen from above, we can get a more complete idea of what the town planner or architect has in mind when designing a town quarter.

Impressive in their own right, here are seven suburbs that look even more spectacular when seen from above. Het Brekkense Wiel translates as The Broken Wheel, describing what this cluster of 230 homes looks like from above. All the homes have gardens bordering water and a berth for a boat – the town of Lemmer contains several waterside districts designed along similar principles of ensuring everyone has access to water.

This has proven very popular with both locals, known as Lemsters, and tourists who flock here during the summer months for the town’s easy access to water sports. It is also home to a Unesco World Heritage site, the steam-powered Woudagemaal pumping station which helps control the water levels in Lemmer. In the early 1800s, Barcelona was bursting at the seams, constricted by its city walls to what we now recognise as just the Gothic Quarter and El Ravel districts. The city and its inhabitants needed more space, so the decision was taken to knock the walls down. Ildefons Cerdà was the Spanish urban planner tasked with expanding the city beyond its old boundaries and he is also credited as the originator of the term ‘urbanisation’.

He took a thoroughly modernist approach, albeit one which had its critics, and designed a grid system of spacious linear streets and tree-lined avenues to give the population more room to breathe. Eixample translates as ‘expansion’, which is exactly what it was. Photo by Henry Do / HenryDo.com

The 12 circular neighbourhoods of Brøndby’s Garden City look like alien crop circles from above. They contain 284 properties, although they aren’t occupied all year round. Instead, they are rented to the city dwellers of Brøndby and Copenhagen during Denmark’s warmer months of April to October. The small rural properties give those living in the city a place to get away to in the summer.

The circular design by landscape architect Erik Mygind aims to encourage social interaction between neighbours who can meet in the middle for a drink or communal barbecue. Clear Island Lake is a residential suburb on the Gold Coast of Australia, built around artificial canals that were constructed in the 1990s. The surrounding area, Clear Island Waters, was developed as an area of upmarket homes from the late 1960s and today the average house price is AUD$970,000 (£516,000). Most of the homes have direct access to water and are popular with those who enjoy boating or water sports. Palmanova was built during the Renaissance era, as a fortress town in the shape of a geometric nine-point star, by what was then the Venetian Republic. It was designed by military architect Giulio Savorgnan and its aim was to repel attacks from the neighbouring Ottoman Empire.

The large open town square, Piazza del Duomo, is the central point around which everything else is built and the town became a Unesco World Heritage site in 2017. The town is one of a number of historic star-shaped settlements all over Europe, including Almeida in Portugal and Brielle in The Netherlands. Want to become a cheerleader for the first time in your 70s? No problem at Sun City, Arizona, where there are 8 golf course and more than 130 activity clubs, mostly run by volunteer residents, who describe it as being “like Disneyland for seniors.”

When Sun City opened in 1960, built on the site of a former ghost town called Marinette, it was a pioneering new concept designed by the Del Webb Development Company (DEVCO). The idea that over-55s who like to stay active would want to live in a huge retirement community hadn’t been tested on this scale before. However, it was an instant hit – the developers had aimed to sell 1,700 homes in three years but instead sold 2,000 homes in the first year. The warm, sunny climate typical to the region helps too, as the town gets a lot of residents migrating there from colder parts of the US. Boca Raton is a wealthy city with many luxury homes and upmarket retirement communities on the coast of Florida. In 1920 it was a small farming town with a population of 100 people, before architect Addison Mizner, who had been involved in the design of Palm Beach, decided to turn it into "the foremost resort city on the North American continent."

It’s come a long way from its days as a farming town now, home to expensive gated communities, multi-million dollar properties, exclusive members clubs and a crime rate that is significantly lower than most of Florida.

How has it been affected by the pandemic? Read more 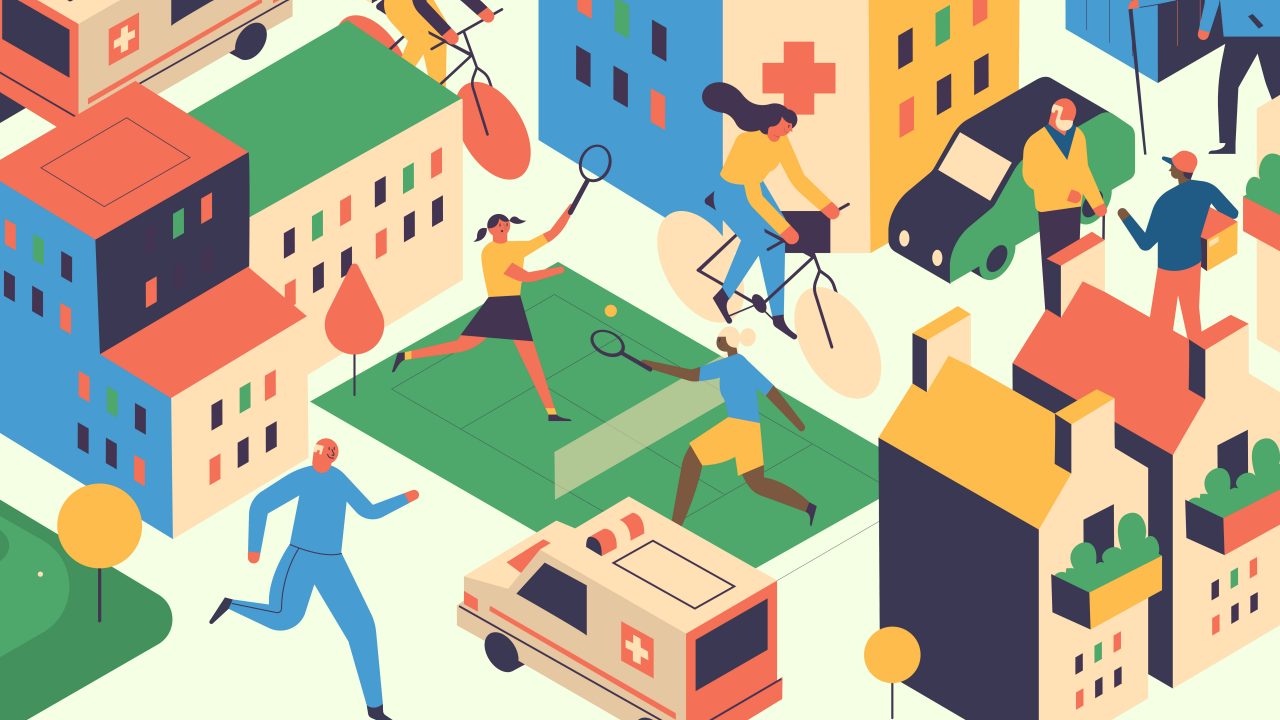