Living differently: how does a 15-minute city work?

Professor Carlos Moreno explains how neighbourhoods that contain everything we need to live could change city design for the better and help in the fight against climate change.

Taking a train to work or driving to the supermarket is a part of day-to-day living that many of us don’t give much thought to. It’s a reality for millions, if not billions of people around the world. But professor Carlos Moreno believes we could be living better.

Moreno is based at Pantheon Sorbonne University in Paris and is the creator of the 15-minute city concept. He argues that neighbourhoods could be designed to contain all the amenities we need to live, no more than 15 minutes walk from a person’s front door. Not only would it negate the need for such regular use of fuel-burning transport but would give us back valuable time spent travelling or commuting each day.

The 15-minute city is a model that shifts our mindset and offers, within 15 minutes by foot or bike, access to the six urban essentials: to live, to work, to shop, to care for one’s psychological and physical health, to educate and to enjoy leisure and cultural activities. It is an idea that emerged during COP21 five years ago - a city built on low-carbon use. I felt that to fight against climate change, you don’t need technological solutions like having electric cars, you must instead radically transform urban life.

The idea is not to continue to go faster and further, but to ask why we need to travel long distances. My answer was to propose living in a happy proximity. Many people have been talking about the smart urban city with sensor technology – I worked for several years with this technology because my first discipline is mathematics and computer science – but I consider that today, the real solution is to make happy citizens, not smart citizens.

Do you think COVID-19 has helped make the case for the 15-minute city?

Yes of course. When I first proposed this concept, many people said to me: “This is a very good idea to explore proximity to change the urban mindset but, unfortunately, this is Utopian idealism because it is not possible to have a job close to home.”

Five years later, many people have become much more sensitive to the climate-change movement, especially young people who admire activists such as Greta Thunberg. And then COVID-19 has in a short time radically transformed our urban lifestyle because we have been constrained to work differently, to work at home, to develop new technologies to communicate with friends and families and we haven’t had any choice but to explore our locality.

Many people have met their neighbours for the first time, have accessed little shops and, the most important point in my opinion, have developed a different understanding of what makes useful time: we can live at a slower pace and work using digital technologies to reduce travel time. This time could be used for personal or family or neighbourhood activities, it is possible to live very differently with one or even two hours of extra free time each day. I think COVID-19 gave us a way to find this new reconciliation between personal life and other activities. 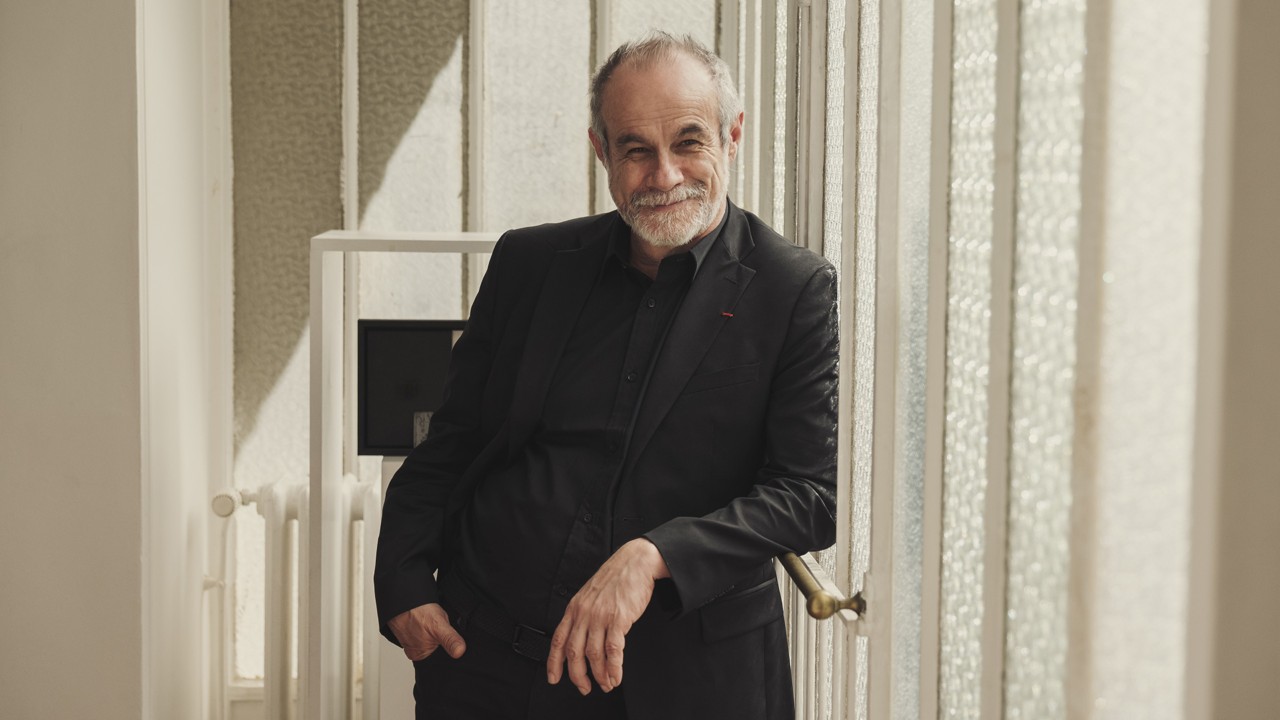 You work closely with the mayor of Paris, Anne Hidalgo. How far has Paris got in creating 15-minute neighbourhoods?

Anne Hidalgo embraced this idea of the 15-minute city even before the pandemic crisis, she is totally convinced but, in Paris or anywhere else, the 15-minute city is not a magic wand, it is a journey that will transform the city. The most important aspect is changing our behaviour to live in a low-carbon way. We must change our relationship with the locality by using what is there. We need to develop solidarity between neighbours and make sure that districts develop strong social links.

When people called my concept an unrealistic Utopia, my university colleagues and I worked hard to develop a digital platform for exploring proximity in Paris. With this platform, we have created a model for optimising resources in the city and have three different approaches: the first one is how can we transform the pace or rhythm of the city? We call this ‘chrono-urbanism’ and we explore how to develop the local commerce and shops. How can we encourage pedestrian areas? How can we transform the streets, not for cars but for citizens? It is the first brick for developing the 15-minute city in Paris.

The second point is: how can we use the locations that already exist? We have all kinds of buildings but each one is generally used for one activity: a school is used to educate children; the office for working; restaurants and cafes for eating and drinking. We wanted a ‘chronotopia’ that would use the buildings for multiple functions depending on the time of day. For example, we might open the school yards at weekends or in the evenings.

The third point is to develop a new urban culture: we need to reconcile urban dwellers with their location, with their district, with their street, we need to fight against enmity and loneliness, and we need to learn to love our neighbourhoods. The name for this is topophilia – love of a place.

Can any city become a 15-minute city or is it particular to European cities designed on more of a neighbourhood model?

I have received interest from Bogota, Buenos Aires, Rio de Janeiro [as well as Melbourne, Houston and Portland, Oregon]. I don’t think it is just suited to European cities. And of course, many European cities, large and small, are also involved, such as Milan, Barcelona, Valencia, Edinburgh, Lisbon, Dublin, Manchester, Logroño and many others.

How do you answer critics who say that 15-minute cities encourage gentrification?

The risk with developing new eco-districts is that they encourage a gentrification process. Gentrification brings selection by income, and we want to develop 15-minute cities for all, so we need a poly-centric city that works for the majority of inhabitants. The key for making this possible is the concept of ‘urban common good’ developed by Nobel laureate Elinor Ostrom, which cuts out the speculative market.

A good example in Paris is that the city has created a subsidiary company, SEMAEST, whose role is to buy properties all over the city in order to let them to businesses that have been driven out by high commercial rents. It charges a below-the-market rent and is currently managing 62,000 locations – it would have been impossible for a person to rent a unit in the centre of Paris to open, say, a bookshop but this approach makes it possible.

There is a similar company, Paris Habitat, for social housing that offers the chance to live in a very nice district at a social housing price. With the common good, we have the possibility to develop local health centres that people can access.

We also have the largest participatory budget in the world, which has had €800m to fund projects to change our neighborhoods. Citizens propose projects that are put to the vote and then they are financed for their implementation.

With the common good, we have the possibility to [decentralise] cultural activities because in general, citizens should be able to go from their homes to these events. In the 15-minute city, we could repurpose different locations for hosting cultural and leisure events.

The environment is one of the pillars of the 15-minute city because it demands that we adapt our urban way of life to the concerns of sustainable development, biodiversity, the fight against climate change – but that also creates a better way of living.

In Paris, for example, we have been changing urban areas into places that can be used for growing fruit and vegetables, not to become self-sufficient but to develop social links and to develop a more peaceful city. We have the possibility with this urban agriculture to develop a more peaceful city and to reduce our CO2. We are trying to develop urban forests and we have been making our streets more pedestrian- and bike-friendly. It makes the city more sustainable, but it makes the city a better place for its residents too.

Professor Carlos Moreno is scientific director of the ETI Chair at the IAE Paris – Panthéon Sorbonne University, where is also an associate professor. In 2015, he first began to publicise his concept of the 15-minute city. 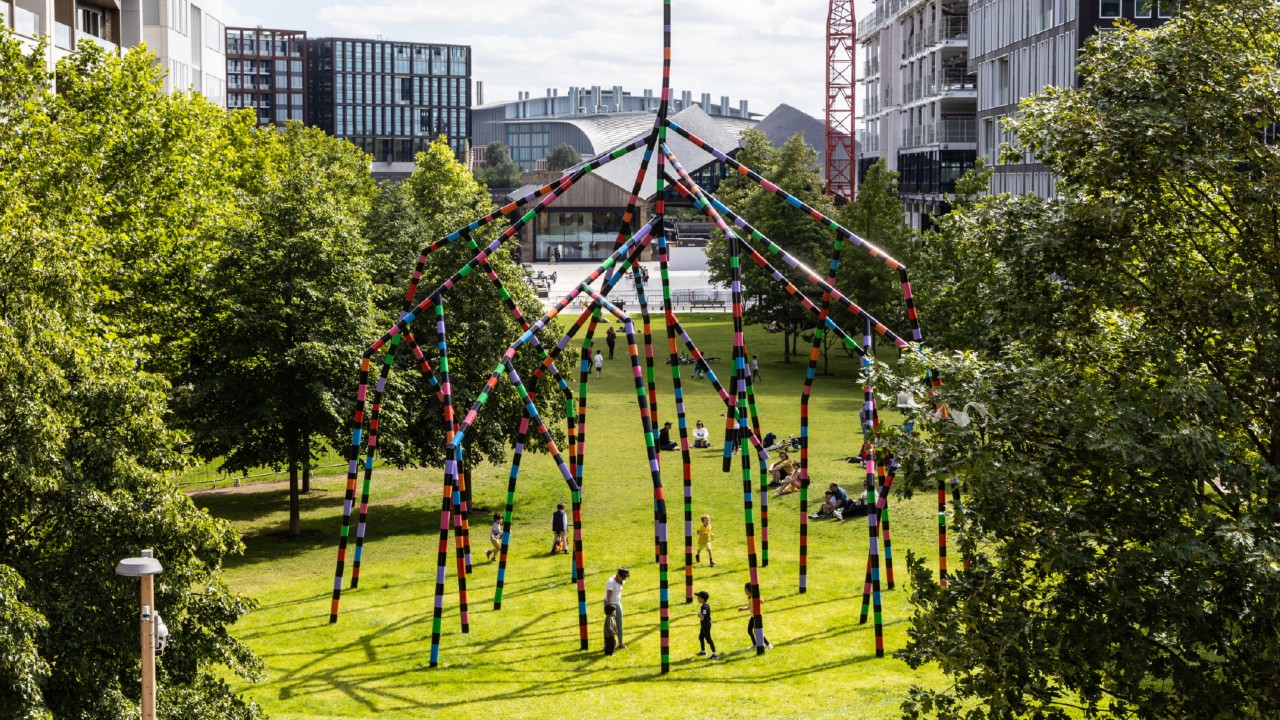 go to article Has the industry got it wrong on foam roof insulation?