Who will pick up the infrastructure tab?

With it looking likely that most of the UK governments major infrastructure spending is set to be financed by borrowing rather than private investment what role does that leave for the private sector?

The British government likes to talk up its infrastructure policy. Prioritising investment in infrastructure was one of the recurring messages in prime minister Boris Johnson's election campaign last year, and the government has promised several big-ticket investments, including new rail links in the north high-speed broadband and 40 new or rebuilt hospitals.

Those pledges will be on top of the forecast £600bn of investment predicted to take place over the decade to 2028 by the government's National Infrastructure and Construction Pipeline. But just under half of that £600bn is expected to be financed by the private sector.

But infrastructure delivery has never been regarded as the UK's strongest suit. The National Infrastructure Commission, a government agency, points out that capital projects such as Crossrail or the third runway at London Heathrow Airport take decades to go from being identified to delivery. And despite the government's "pipeline" – little more than a heterogeneous list of projects – infrastructure professionals complain that it lacks the vision and capacity to deliver a major programme. Insofar as government expects the private sector to invest in infrastructure, will it be able to do so?

Some of the government's promises, such as in rail and healthcare, look set to be delivered with public funding. The pipeline envisages that most transport and social infrastructure will be funded by government, with the private sector restricted to financing energy, utilities and most digital infrastructure.

The Treasury's decision, under a previous government, to abolish the use of taxpayer- supported public-private partnerships (PPP), notably under the PFI and PF2 labels, to deliver roads, schools, hospitals and other free-to-use infrastructure, looks set to remain in place under the new administration, and reflects increased acceptance of the idea, on both wings of politics, that government should borrow to invest. This does not look likely to change any time soon, according to Charles Johnson-Ferguson, transport and logistics leader at PwC. "People don't think it's value for money, particularly when 30-year gilts are priced at 1%," he says.

Investor attention is thus focused on energy and utilities, particularly opportunities to invest in the energy transition. "I'm taking comfort from the focus on net zero [carbon emissions], as a whole host of new infrastructure will need to be generated as a pathway towards this goal," says Darryl Murphy, head of infrastructure debt at fund manager Aviva Investors. Under current plans, the UK aims to build around 20 GW of new offshore wind farms by 2030.

But not all low-carbon investment is straightforward. In particular, Murphy notes, there is no government strategy in place to deliver a nationwide electric vehicle charging network. "Lots of people talk about more of a commercial or financial incentive needed to underpin [investment]," he adds. "That's quite a different idea to government, who are saying, 'No, we think the market will deliver'." Incentives that have been floated include subsidising the payments levied by electric vehicle charging points, in a similar way to the contract for difference model used by renewable energy generators. Another key pillar of achieving net zero carbon emissions, which ministers have pledged to do by 2050, is decarbonising heating, but here too Murphy points to the lack of a nationwide strategy. The private sector is being incentivised to invest about £1bn in district heating in the next few years, but this is not enough, he argues. 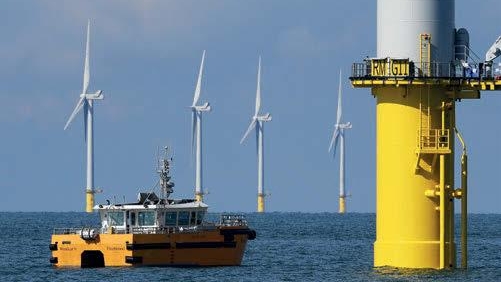 In the water sector, UK regulator Ofwat expects water companies to invest £13bn in infrastructure improvements between 2020 and 2025, and much of this looks to be earmarked for third-party financing under the direct procurement for customers model. Again, however, the framework is not yet clear and some investors could be deterred. "It depends what risk profile they want to put them out on," says Mark Baxter, managing director of investments at contractor Galliford Try. "If they say, 'we want complicated water infrastructure and we want you guys at risk under fixed-price, lump-sum contracts, that's it' we'd be unlikely to be attracted by that."

Probably the single biggest private investment in coming years will be Heathrow's estimated £14bn third runway. In theory this could be financed under the airports' regulated model, which allows it to charge airlines enough money to recover the cost of its investments, but in practice, the aviation regulator has indicated it will not allow the large jump in landing charges that the price tag implies. One potential model is offered by the Thames Tideway Tunnel, a new giant sewer for London which was delivered under a regulated framework but off the balance sheet of its sponsor, water utility Thames Water.

"My assumption is [Heathrow] will get there. Once it does, I think there will be sufficient capital which is likely to come from the UK and international markets," says Johnson-Ferguson. "I don't think you can say it's necessarily going to be a Thames Tideway, but I'm sure that will inform the structure," he adds.

Despite the UK's recent obsession with Brexit, it's notable that the countrys departure from the European Union does not rank highly in the list of potential brakes on private infrastructure investment; the Conservative government is not expected to do anything that could restrict capital flows, and the market for large civil engineering contracts is fairly globalised. But one source of capital is missing, Darryl Murphy argues: "At the moment, the sense is that there isn't enough development capital. We can finance construction projects, but not relatively high-risk development". He suggests the government could play a role here in providing capital to develop infrastructure projects at an early stage, when it is uncertain if they will proceed, particularly if they use emerging technologies such as carbon capture and storage.

On one point there is broad agreement: the government currently lacks the capability to oversee the kind of major infrastructure programme it has promised, whatever the financing. "Theres' a real skills shortage says," Jon Hart, infrastructure partner at law firm Pinsent Masons. "There's a capacity gap in government to procure projects and that is mirrored by a capacity gap within the private sector contracting entities." Until government upskills and delivers real strategy in its promised National Infrastructure Strategy, private investors could be waiting a while for investment-ready projects to materialise.

One area of uncertainty facing infrastructure developers in the UK, particularly for infrastructure delivered under new contractual models, is appropriate allocation of construction and of operation and maintenance risk, which is in turn informed by the quality of cost estimation. International Construction Measurement Standards (ICMS) provide a standardised reporting template for cost estimation to allow comparison of cost estimates across different projects and locations.

RICS' professional statement (in progress) goes further and provides principles and guidelines for firms to follow when working on cost estimates. Some are mandatory such as a requirement to provide sources of data used in a cost estimate and a commentary on their reliability; others are guidance which members should adapt to the project's circumstances.

A framework for cost prediction is provided, with six levels of cost certainty (starting at 50% accuracy) which members are expected to follow and which includes estimation of whole life costs.

ICMS has now been updated to include the whole project lifecycle eliminating inconsistencies and discrepancies when accounting comparing and predicting project finances.

go to article Is commercial real estate at the start of a downturn?

go to article Monet laundering: how criminals use art transactions