Governing Council, chaired by the interim Chair of Governing Council, is supported by a number of groups, committees and boards, populated by active RICS professionals, executives and lay members. These boards include: 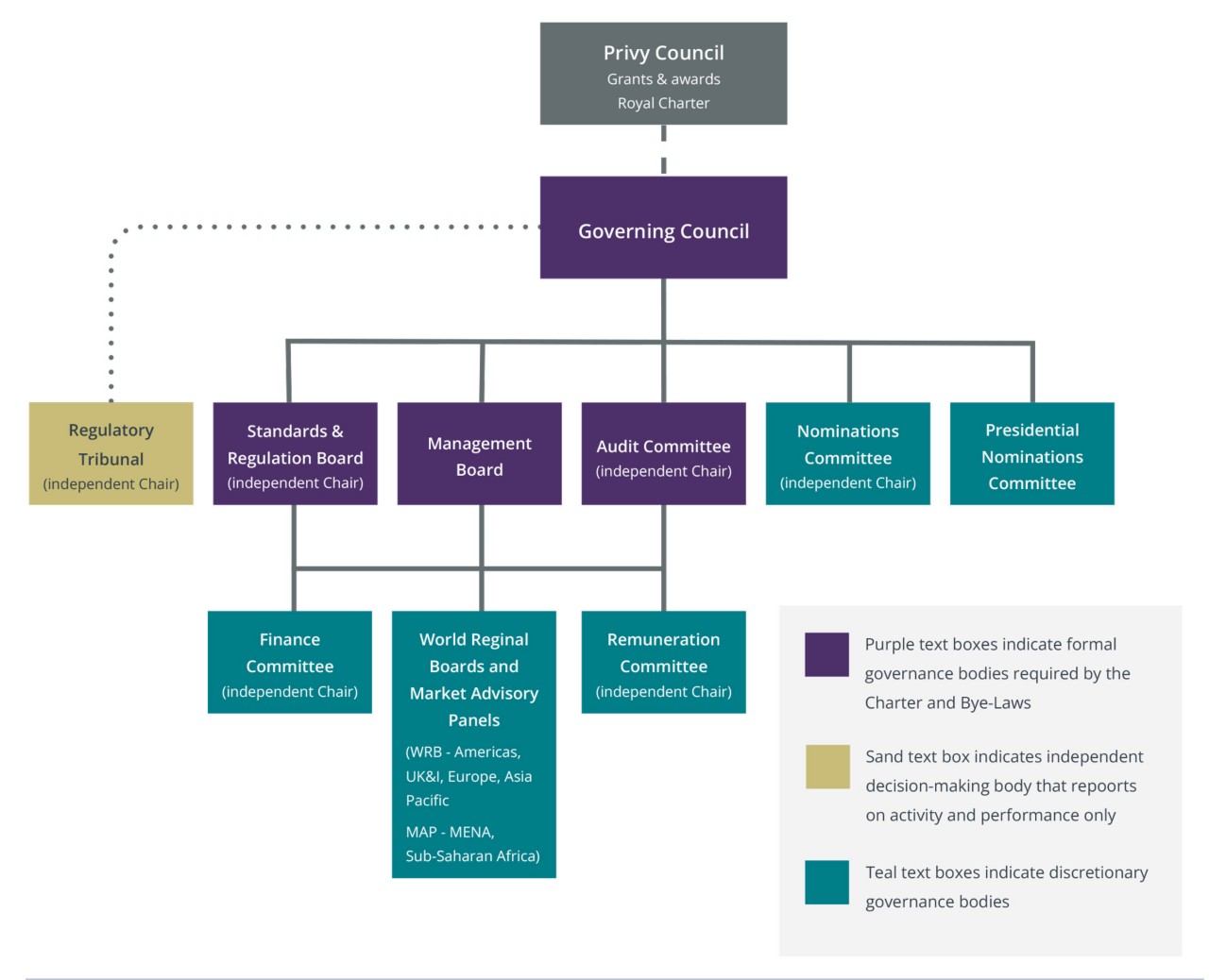 In addition, the responsibilities of the Audit and Finance committees will be jointly held by a new Audit, Risk Assurance and Finance Committee.

Executive Director for the Profession, Richard Collins (to October 2021)

Standards and Regulation Board

Independently chaired by Dame Janet Paraskeva and with an independent majority, the Standards and Regulation Board leads the development of a consistent, global regulatory strategy and oversees operational implementation across all world regions. The Standards and Regulation Board acts on delegated authority from the Governing Council to exercise RICS’ regulatory powers and functions, being accountable and reporting annually to Governing Council on its performance and activities.

Former Chief Executive of the Law Society and First Civil Service Commissioner in Whitehall. Formerly Chair of Appointments Commission for the States of Jersey until 30 September 2022 and currently Chair of the Council for Licensed Conveyancers. Chair of Primary Eye Care Services and Vice-Chair of the Video Standards Council. Privy Councillor and former Non-Executive of the Hertfordshire Partnership Trust for Mental Health and Learning Disabilities

Latterly worked on the formation and development of the Government Property Profession in the UK. Current member of the First-tier Tribunal (Property Chamber) and teaches surveying at a University level. UK Chair, Valuation Review Implementation Committee.

Award-winning HR leader. Founder & CEO, Carmen Wee & Associates. Board member in HTX (under the Ministry of Home Aﬀairs) and Republic Polytechnic’s School of Management and Communications.