What goes up: choosing deconstruction over demolition

Designing buildings with the end of their useful life in mind means construction materials can be recycled and re-used in a new project. But the salvage operation means added time and cost

In the city of Portland, America’s longest running deconstruction initiative illustrates both the promise and the drawbacks of a movement that eschews conventional demolition for a process of disassembly, salvage and reuse.

Just five years after it was introduced in Portland, two out of three condemned homes in the city are taken down this way, each one saving 7.6 tonnes of CO2. In that time the number of contractors has grown from two to 15, helping to reduce deconstruction costs until, by 2019, one in 10 development projects chose deconstruction over demolition voluntarily. But despite the huge potential benefits, the total impact on the amount of rubble sent to landfill has been small: today, the entire city has deconstructed a little over 350 buildings.

In principle, replacing demolition with deconstruction, could make a huge dent in the construction industry’s outsized CO2 footprint – 39% of global emissions at latest count, according to the World Green Building Council. Taking buildings to bits means salvaging re-usable parts and recycling materials, reducing the huge quantities of construction and demolition waste that ends up in landfill.

But the infant deconstruction sector is hobbled by structural challenges. And the mechanical obstacles to achieving scale in deconstruction projects are profound. The vast majority of building components that combine to make a building, including nearly all of those comprising tall ones, are fused rather than screwed or bolted together, making prising them apart intact a near-impossible job. And in the world’s most populous cities, the space and the time necessary for the painstaking process of disassembly is at a premium. How much can deconstruction really help?

Since Portland’s first deconstruction in 2016, cities across the US have followed suit. Milwaukee, San Jose, and San Antonio have all joined the fray with local laws mandating that a proportion of buildings earmarked for demolition are instead disassembled. Last year, Palo Alto passed its own law, including both residential and commercial buildings, to take a bite out of the 44% of all landfill waste that originates from construction and demolition projects. The latest convert was Pittsburgh in April, where Mayor William Peduto tasked city officials with identifying suitable candidates among government buildings – among the roughly 1,700 condemned structures in the city – for deconstruction.

A typical Portland house measures 1,400 ft2. If you lifted it off its foundations roughly a quarter of the weight you held – framing, wood flooring, walls and cladding – would comprise salvageable timber, which would otherwise end up chipped and burnt to power local paper manufacturing or in landfill. Stud walls are composed largely of ‘two by fours’ - the planks of plywood measuring two by four inches, familiar to any home DIY enthusiast. Striking overlapping shiplap boards on the outside are also easy to remove, as are the houses’ basic wooden frames. Bathtubs, sinks and cabinets provide additional recycling opportunities.

“We have a lot of demand for all this lumber,” says Shawn Wood, the city’s construction waste specialist who is overseeing the initiative. The design trend for wooden interiors, including the shabby chic of worn wooden panelling for bars, coffee shops and restaurants, is part of the explanation. “This is old growth Douglas Fir – tight grain, scarcely knotted. You want to showcase it; you don’t bury it in a wall,” he says. In other cases, the recovered wood is used to make dining or boardroom tables.

For house developers in Portland, deconstruction is great PR. “If I’m a developer on a demolition I’m seen as a bad actor,” says Wood. “I’d like the peace of mind that the neighbourhood is not going to show up [to object],” says Wood. When locals find out a home is being deconstructed, they frequently arrive with a cake.

Wood is tight-lipped about whether costs have fallen to levels comparable to those for demolition, although he concedes that the deconstruction process takes between 10 and 15 days, far more than typical home demolitions. The one in 10 voluntarily deconstructed homes in 2019 seem unlikely to have been a simple financial calculation. Rather, it seems likely that developers who could have demolished homes but deconstructed instead are attaching a price to local goodwill.

Given the success of its residential project, it is telling that Portland hasn’t expanded to include commercial buildings.

“It’s primarily about the market for [salvaged] materials,” says Wood. Homes are built to a template, of comparable dimensions, similar structure and materials – ensuring a steady supply of predictable and useable materials. Offices and industrial units generally aren’t built like this.

“Much of it is un-reinforced masonry, or cast-iron columns. We want to make sure there is a market for the salvage, otherwise materials end up landfill or burned,” he says.

This is a common problem when it comes to commercial buildings and even larger residential structures, where construction typically entails fusing together mass-produced components.

Most large structures are supported by encasing steel frames or reinforcement bars with concrete. Separating the concrete from the steel – including the tricky business of extracting it from reinforcement bars’ characteristic small grooves – requires time and space, both in short supply in urban settings.

“For anything composite, the materials are fused together to make the structure. It’s different from timber buildings where most parts are bolted or screwed together,” says one sustainability expert at a major property company in Hong Kong, who asked not to be named.

“[Building] as fast and as cheaply as you can to maximise your profit involves a lot of pre-assembled components that get slotted together on site. When it comes to alteration and deconstruction, it becomes much more complex if not impossible,” says Sara Wilkinson FRICS, professor of sustainable property at the University of Technology Sydney.

In many Asian countries where labour costs are low, certain elements of deconstruction are well established. India’s informal building sector has a long tradition of salvaging and reusing components, from wooden window and door frames to wiring, metal and stone in a cyclical process of reuse.

"If I’m a developer on a demolition I’m seen as a bad actor. I’d like the peace of mind that the neighbourhood is not going to show up to object.” Shawn Wood, construction waste specialist, City of Portland 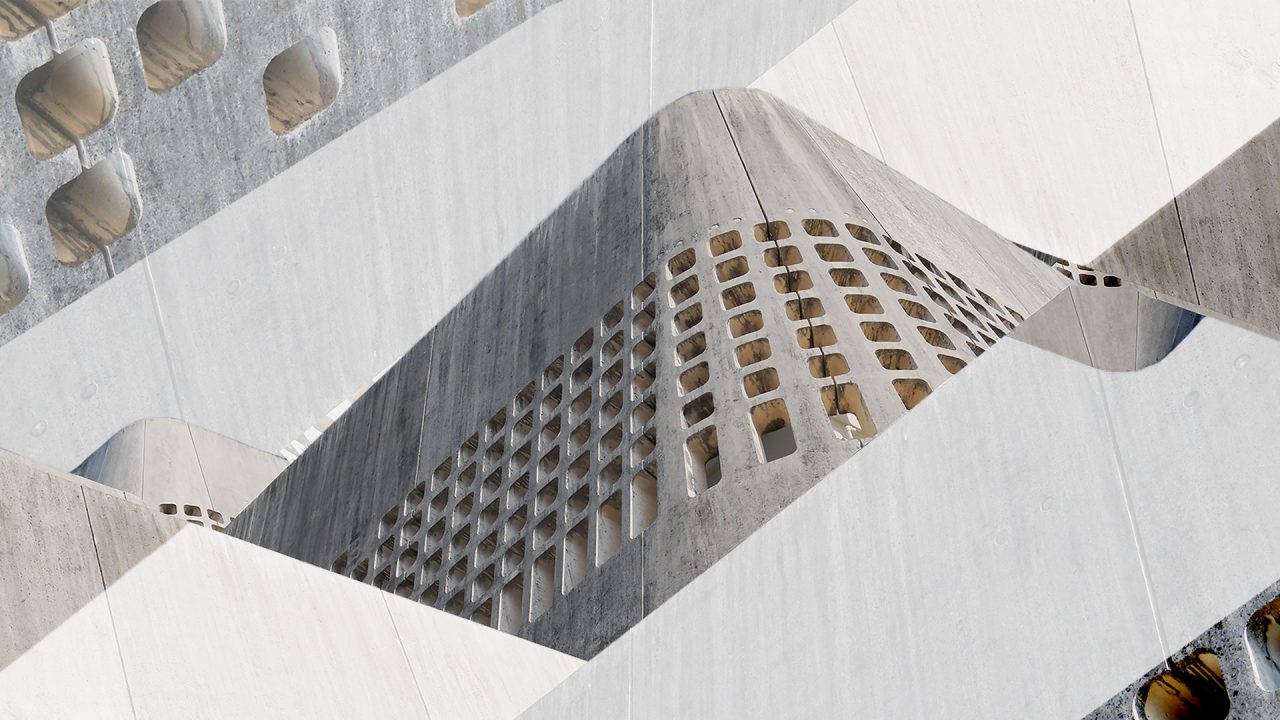 “Due to the relatively low labour costs, Chinese contractors are able to manage the recycling process quite economically,” says David Shi, head of Cushman & Wakefield’s project and development service in Shanghai. He says that greater knowledge of the site staff and less opaque waste classification standards will be important steps towards improving recycling and reuse. But he is optimistic the government target of 65% of construction waste to be recycled by 2025, is within reach.

“The government is a key driving force behind sustainable construction practices, setting recycling policies and channelling investment into R&D on recycling technology. It tends to be highly supportive of the recycling industry,” he says.

Elsewhere, Asian cities face a shortage of space and the recycling industries required to justify deconstruction are undeveloped. “There isn’t the space to take high rise structures down piece by piece in dense cities like Hong Kong and Singapore. In countries like Philippines, Malaysia or Indonesia, there isn’t even a developed metal recycling industry,” says the Hong Kong expert.

For low rise buildings, modular construction provides some hope, and China has a thriving industry. But uptake across Asia is low, and limitations on height in a region where cities tend to build residential and commercial towers means their impact will always be constrained. And transporting modular home components along the narrow road networks of major Asian cities is nearly impossible.

In the face of the limitations on deconstructing tall and commercial buildings, the largest impact of the recycling and reusing buildings component is currently in interiors, where efforts focus on limiting the impact of refurbishments. These are particularly wasteful in high value cities where demanding building tenants insist on regular refits.

In Sydney’s central business district, offices are refurbished every six years, on average. By contrast, most of the packaged units have a life of between 15 and 25 years and furniture lasts roughly 12 years, according to Lorna Hennessey, a graduate engineer at Arup in Sydney. The result is that 25,000 tonnes of waste accumulate every year, of which 79% ends up in landfill, according to Better Buildings Partnership (BBP), a collective of Sydney’s major building owners and operators that formed in 2016 to promote greener construction and refurbishment practices. This compares poorly to the 55% of construction and demolition waste for all of Australia in 2008/ 2009, according to a Queensland government report.

“In a commercial market previously characterised by low vacancy and high rental values, the relative frequency of strip-outs creates substantial unnecessary waste. Tight timeframes for strip-outs meanwhile mean there has been poor separation of wasted and recycling streams,” says Wilkinson.

“At the end of a lease, in a process typically outsourced to the building owner, a commercial tenant will strip out everything it has fitted, demolishing partitions, removing furniture and services and reinstalling all fixtures and fittings. Often these will again be replaced or changed by the incoming tenant,” says Hennessey.

This should improve as current leases expire. In 2016, BBP members committed to a green leasing standard to reduce the waste from refurbishments. One year later, strip outs were recovering between 5% and 60% of materials, according to the BBP. The standard now covers half of Sydney office leases.

But there is a long way to go: BBP has set itself a target to divert 80% of fitout waste from landfill; currently the figure is 21%. And the focus on refurbishment says nothing for the more substantial exterior of unwanted buildings.

In 2019, when Wood was celebrating the news that one in 10 Portland homes had been deconstructed voluntarily, a September report of the Green Building Council set out an ambitious vision for making global construction greener, targeting 40% fewer carbon emissions by 2030. With more than a quarter of emissions coming from materials’ construction and disassembly, significant innovation will be required if this part of the puzzle is to fall into place.

Without a wholescale shift in the components used for buildings and how they are assembled, Wilkinson believes the application of deconstruction to commercial building disassembly will be scuppered. For now, the good news seems limited to small scale interventions such as those happening in Portland.

“Building as fast and as cheaply as you can to maximise your profit involves a lot of pre-assembled components that get slotted together on site … Deconstruction becomes much more complex, if not impossible.” Sara Wilkinson FRICS, professor of sustainable property at the University of Technology Sydney 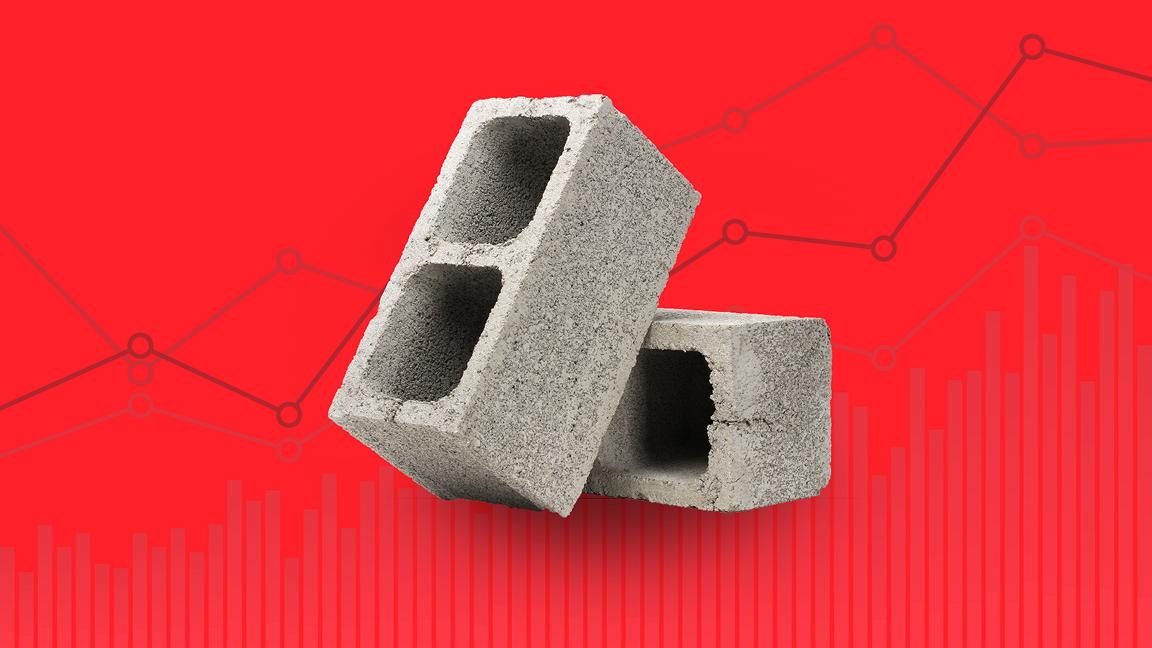