After last year’s announcement by Joe Biden’s administration of a trillion-dollar infrastructure package, it’s been trundling its way through the senate. The ambitious bill has faced lots of scrutiny, been subject to hours of negotiations and is now closing in on the finishing line.

However, the infrastructure spending bill is intertwined with some equally ambitious climate change legislation and this is proving a tougher nut to crack among US senators. Democrat senator for West Virginia, Joe Manchin, has publicly stated he won’t support the bill because of the damage it would do to the coal industry.

Biden has touted his bill as a “once in a generation investment in America.” How so?

Mark D. Fergus: The Infrastructure Investment and Jobs Act (IIJA) has been crafted to deliver over $1.2tr in spending with the creation of $550bn of new federal spending over the next five years. The bill is all-encompassing and covers roads, bridges, drinking water, wastewater systems, passenger rail, broadband and energy infrastructure.

Every four years the American Society of Civil Engineers (ASCE) has published a report card on the state of the nation’s infrastructure – it’s currently rated as a C-. The report includes stats on the nation’s infrastructure; for example, 43% of roadways are in a mediocre condition. It also ranks California’s road conditions at 49th out of all states. The ASCE report card estimates that $61bn a year is lost due to poor road conditions and estimates that in CA alone over $130bn is needed over the next 10 years to bring the system into good repair.

John Konkus: Not since 2004 has Congress passed a pure infrastructure bill, and never has this much money been put behind infrastructure in one package.

Large infrastructure projects have a huge tendency to overrun and overspend – are there contingencies in the bill to mitigate this?

MF: As part of the federal funding being made available there is little recognition of contingency, apart from, I believe, a small fund for projects related to port of entry. The allocation of funding will not contribute to the full cost of replacing or repairing failing infrastructure and a number of existing grants are heavily oversubscribed.

For example, the mega project grant will only allocate federal funds for up to 60%-80% of the overall cost requirements. Therefore, in areas where there is a need for maintenance it may still not happen as other top-up funding sources will be required. For bridge replacement, not more than 50% of cost will be provided by the IIJA competitive programmes. Although in certain areas with high poverty rates some projects may be fully funded.

JK: The checks and balances built into this bill are based on Congress providing oversight of the executive branch agencies that will administer the projects that come from this bill. While this process has led to some obvious time-and-cost overruns, such as the ‘big dig’ in Boston or the proverbial $600 hammer, I believe both Congress and the Administration (present and future) understand the expectations that they have placed on themselves in this bill. They will work to hold themselves accountable – and if they do not, the voters surely will.

“Not since 2004 has Congress passed a pure infrastructure bill, and never has this much money been put behind infrastructure in one package” John Konkus, director of government affairs at Woolpert

This bill is seen as the great democratiser – will it continue to fuel divisions, or can it bring some balance to the US economy?

MF: There is a focus on traditionally underserved areas and to invest in communities affected by economic hardships caused by infrastructure failures. But the bill itself is fuelling divisions across the political spectrum based on the level of spending, and further debt creation. Politicians on both sides are struggling to support the bill and it is still unclear if it will be put fully into effect.

JK: In my opinion, the US economy is in a strong position to regain the momentum it had before the pandemic. Infrastructure spending can help accelerate the return to ‘normal’ through the production of goods and services and the creation of higher-wage jobs, while also bringing America’s vital infrastructure up to standard and building in resilience. This will help ensure goods, services and people have access to work and markets for many decades to come. 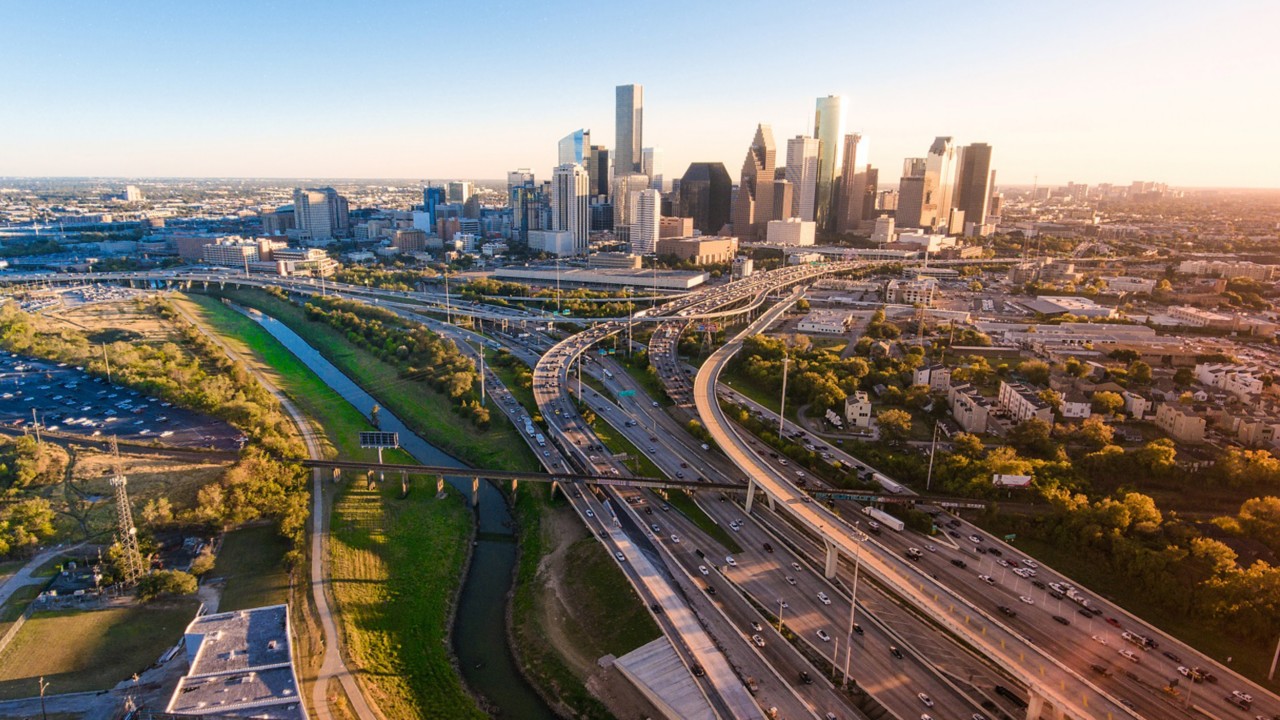 Does this bill go far enough to reduce dependence on fossil fuels and tackle climate change?

MF: The bill is just a start in the right direction. Resilience, electrification and power and grid contributions reflect a relatively small percentage of the overall spend. The construction industry itself is a large contributor to climate change and I am not sure if the bill requires appropriate ESG oversight in the development of projects to control this.

JK: The bill certainly goes further than any other infrastructure legislation in this regard. But the bill was not meant to address these things; it was meant to rebuild, revitalize and make America’s hard infrastructure more resilient. Therefore, it’s the innovative approaches built into the bill, such as coastal mapping, battery manufacturing and lake restoration that ensure the infrastructure and growth are compatible with the threats of climate change.

The largest part of the bill is the evolution from fossil fuels to cleaner energy, with $9bn dollars more earmarked to electric vehicles (EVs) than to transit and rail put together. How will this money be deployed to kick off the EV revolution?

The $65bn allocated to power and grid also addresses funds for supply chains for clean energy using key clean technologies. The production of energy as well as the distribution networks will be key to the EV evolution, as well as making EVs affordable for all.

JK: As an infrastructure bill, it must stay true to itself by ensuring roads, bridges and highways are designed and built to be compatible for what is taking place in the market. The 10th largest auto company in the world is an American, purely EV manufacturing company: Tesla. This bill makes a strong and timely effort to come alongside this shift from gasoline to electric. 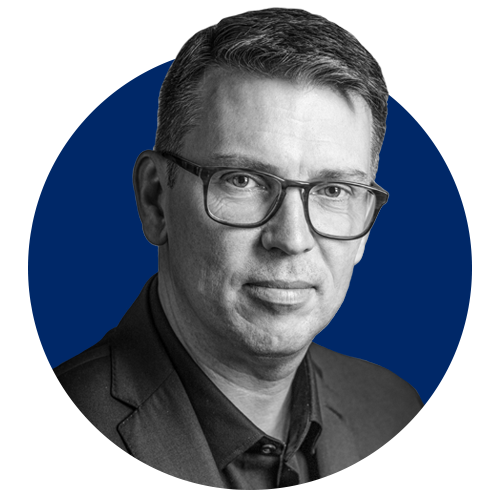 MF: There are studies that indicate historic investments in freeways and roads have cut off communities and led to income inequality or even segregation. The bill will provide funds to reconnect communities that have been impacted and there are hopes that this will foster stronger, diverse and integrated communities.

JK: The trend in highway construction in the mid-20th century was to build large roads into and out of city centres, many of which were literally built over top of existing neighborhoods and overtook city skylines. The idea was to allow for a greater flow of commerce and people into and out of the city.

While this helped fuel the American economy, leading to incredible economic growth and prosperity, the construction also cut off many neighbourhoods from the vibrant economic and social centres of the city, essentially creating two cities. Meanwhile, the economy has shifted away from the large, city-based manufacturing plants and many corporate jobs have moved to the suburbs and exurbs, while the outdated infrastructure has stayed in place.

In theory, some of the investments in this bill will help rebuild the historical infrastructure that divided cities between wealth and poverty, creating easier access to economic and social opportunities.

Why does big infra go so badly wrong? Read more 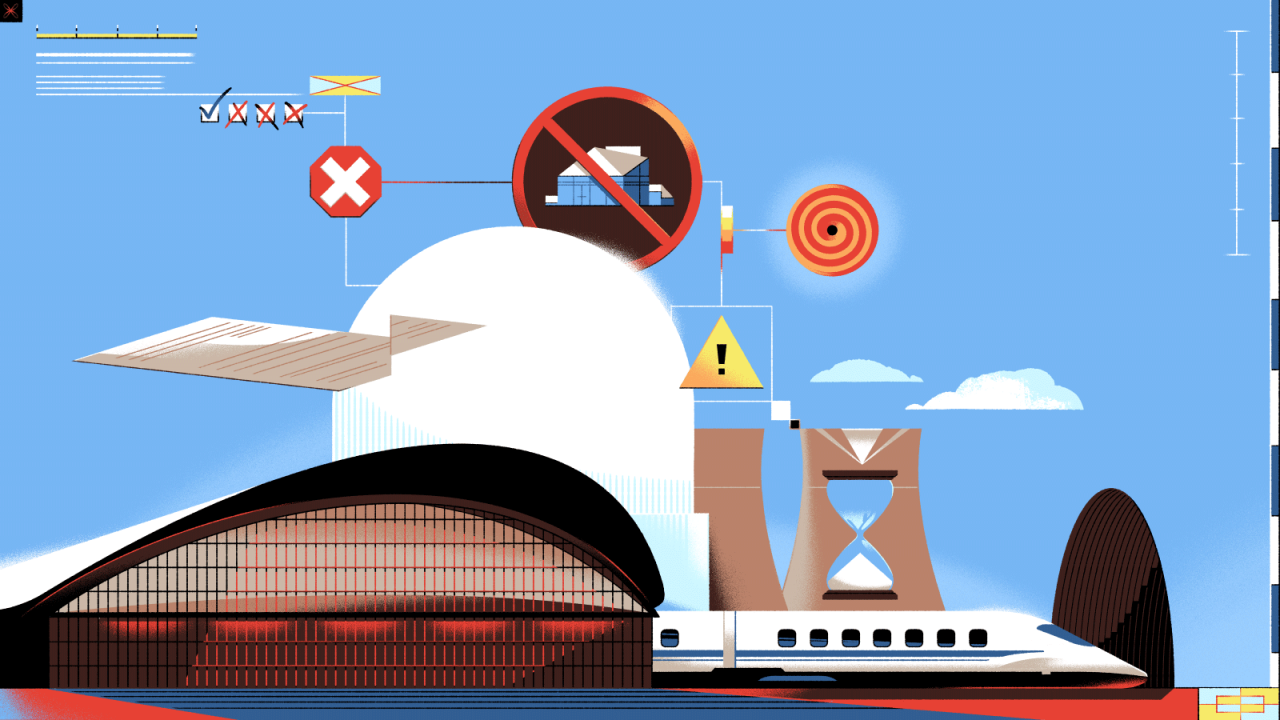 go to article Tall buildings should not kill birds