The world watched in disbelief as a terrorist attack destroyed the World Trade Center. Modus speaks to four industry figures about how those events 20 years ago affected New York

It was early morning Eastern Standard Time when the first images on TV screens around the globe showed the upper floors of the World Trade Center’s North Tower on fire, having been hit by a plane at 8.46am. The initial thoughts of the TV stations covering it were that it was a terrible accident.

At 9.03am, as the world looked on, hijackers crashed United Airlines Flight 175 into the World Trade Center’s South Tower. This was now clearly no accident. Then at 9.59am, the South Tower collapsed in 10 seconds, followed 29 minutes later, at 10.28am when the North Tower came down.

Along with the planes that hit the Twin Towers, two others were hijacked that morning. American Airlines Flight 77 hit the Pentagon, in Washington. United Airlines Flight 93, where passengers learned by phone of the other hijacked planes, stormed the cockpit, leading it to crash in a Pennsylvanian field.

Because of those attacks, 2,977 people from 62 countries died. These are events no one who was old enough at the time could ever forget: it is estimated that 20% of Americans knew someone hurt or killed in the attacks.

Reports immediately afterwards declared it was the end of working in towers. But New York rebuilt a new World Trade Center. Commentators say it was largely due to the determination of one man, Larry Silverstein. Only six weeks before the attacks, the CEO of Silverstein Properties had won the contract for a 99-year lease on the Twin Towers for $3.2bn, including debt, in a deal that was secured with the help of Cushman & Wakefield (C&W) in New York.

John Santora is C&W’s current vice chairman, and former Tri-State region president. Bruce Mosler is the company’s current chairman of global brokerage & the Veterans Initiative Program, and former president and CEO. They share their memories of that day and its legacies, along with Cate Agnew FRICS, chief appraiser of credit risk at Natixis Corporate & Investment Banking (CIB) and Ann Gray FRICS, currently Senior Vice President of RICS and its future President.

JS: “I was global head of our property and facility management. We managed about 17m ft2 that went down that day. It was one of those days you remember every minute of. I was on a global conference call with my leaders from around the world, and my admin assistant walked in and said Arthur Mirante (our CEO at the time) needs to talk to you.

“Arthur said: ‘A plane hit the World Trade Center, and one of the towers. Give Larry a call’, meaning Larry Silverstein. Just six weeks earlier, we had been part of the team that sold the building to Larry.

“I tried to call Larry’s office, getting no answer, when the second plane hit. Then I received a call from my manager at 130 Liberty Street, which was the Deutsche Bank HQ at the time, and he said: ‘John, I’m evacuating the building because I have plane and body parts in my lobby.’

“I grabbed about seven or eight of our senior managers and we jumped on the subway and headed downtown, not knowing what to expect. For me that period was reaction, not emotion. With all this going on, how do we protect our people, our assets and everything else?

“I set up a command centre at 11 Madison, which is 23rd Street. One of the sights I remember seeing was a gentleman in a full three-piece suit, standing at a bus stop, suitcase in hand, blank stare, covered head to toe in soot. It was one of those images I’ll never forget: it was total shock.

“We needed to get fuel downtown, not just for us and our properties, but the federal reserve needed to operate on generators [electricity had been knocked out with the buildings’ collapse]. Several of the major banks were our clients, and they needed to function. There was a point when the Stock Exchange was down, but you still needed to have the world money centres operating.” “One of the sights I remember seeing was a gentleman in a full three-piece suit, standing at a bus stop, suitcase in hand, blank stare, covered head to toe in soot.” John Santora, C&W

BM: “At the time I was president of US operations, and the day before I had finished a nationwide branch manager meeting in Chicago. I had driven on to Green Bay, Wisconsin to pitch to a client. Like John, the first call I got after the first plane hit was from our CEO, Arthur Mirante.

“With all domestic planes grounded, my next task was to get a car to get back to New York – a 15-hour drive.

“I already had, thanks to John, [an idea of] the magnitude [of what happened], how much square footage was lost that day. And we began, over the phone, to put in place a plan to open command centres, where we could be of service to our clients 24/7 and where we could get them back in business. The idea that you could channel your anxiety into working towards something positive for your clients was essential.

“Once back in New York, and able to coordinate with John and Arthur, and knowing there weren’t many survivors, the entire level of conversation shifted to what do we do: how do we help our clients, how do we help other businesses, how do we pull together?

“[During this] I was pulled on to a TV interview with Peter Jennings [anchor of ABC World News Tonight], who asked: ‘How will New York rebuild?’

I answered: ‘New Yorkers are resilient, we will build back, we will be better than ever.’

“The person to push that more than any institution or government agency, was Larry Silverstein. His determination, passion, and commitment to rebuilding, was the corner stone for the recovery, to how New York rebuilt, what we look like today.

“There were several years when people questioned if they wanted to go back to tower floors and whether high rise buildings were going to be built in the future. This is where Larry Silverstein was instrumental in being dedicated to rebuilding, and with other developers, and corporates being determined to rebuild high rise towers that show the ingenuity, the engineering, the technical, the emotional commitment to coming back.

“But it took tenants longer to see the comfort level, [in going back into towers] particular in downtown: not so much midtown, that was quickly resolved, and people went back. For a while there was almost a premium downtown for leasing the lower floors, which was a reversal of the natural tendency.

“Permanent changes were made that tragic day. When the immediacy of it was over, when we got our footing back, there were concerns or threats about additional attacks meaning a lot of protocol changes in buildings.

“Security levels changed, with bollards in front of buildings to protect against terrorism and more security gates within the buildings themselves. For New Yorkers who, in one fell swoop lost the number of people that we did, and the sheer changing of the landscape overnight, the mantra for 9/11 became ‘we will never forget’.” “For a while there was almost a premium downtown for leasing the lower floors, which was a reversal of the natural tendency.” Bruce Mosler, C&W

CA: “I was Downtown that day. I had spent the weekend with my parents at the beach and had driven back to the city on 10 September. I was in my 30s, working for a pension fund. The weather in New York was perfect, and I remember driving across the Verrazano and thinking ‘there is nowhere else on earth I would rather be right now.’

“[When the planes hit my reaction was] ‘what did I just hear, did I see that?’ [Afterwards] the unexpected generosity and care were beyond description. Later on, as the days and months unwound, smaller and larger things hit at different times.

“For example, there were cars parked at the Port Washington parking lot that never moved and became dirtier. It was an ongoing shock to realise the people who parked there that morning [of 9/11], just to go to work as always, were not coming back. The last of the cars was moved away in early November. Every once in a while, back in the city, you’d see someone break down or just stop on the sidewalk, overwhelmed. People would walk over and stand with them: saying nothing, doing nothing, just standing by them.

“I stopped reading the lists of the confirmed dead after seeing several names in my circle. Everyone who went through that day, New York or anywhere else, had a reaction.

“We all had to find our way from that event and that day. What lessons were learned, what we took away as individuals and as a country was something that couldn’t be explained. It’s simply too large and so highly personal.”

“Every once in a while, back in the city, you’d see someone break down or just stop on the sidewalk, overwhelmed.” Cate Agnew FRICS, Natixis CIB

AG: “When I became aware of it [in California, where I was working] the news was already three hours old to those of us on the west coast.

“Disbelief was all we could feel. Then, panic set in as I realised my brother worked in a neighbouring building and could have been killed. Phone lines were down and it was a few more hours until I knew he was okay. In California we did not have the same sense of immediacy and panic that must have pervaded the lives of east-coasters.

“The precautions taken to secure access to high-rises were overblown, inconvenient, aesthetically offensive, and ineffectual against a serious threat. But we all cooperated and hated every minute of it. No one I knew worried about being in a high-rise though.

“As a property professional I watched the redevelopment of the World Trade Center site with much interest. There were several competitions sponsored to solicit architectural ideas, mostly as a creative exercise. None of them were presented to the powers that be but they may have been exhibited to provoke thought.

“As it became clear that the politics of money would steer the ultimate design my interest waned. A quick solution to optimise financial returns from the site led, in my opinion, to less than excellent design.

“That said, visiting the water feature that commemorates the tragedy is an extremely moving experience, even to someone not personally involved. Watching people lean over and throw flowers into the deep falls brings tears to the eyes.

“One of the most vivid memories that still resonates is from the day I first saw a passenger airliner fly over our house. Flights had been banned after the hijackings. Somehow, that small event meant we were on the mend.” “Visiting the water feature that commemorates the tragedy is an extremely moving experience, even to someone not personally involved.” Ann Gray FRICS, Gray Real Estate Advisors and RICS 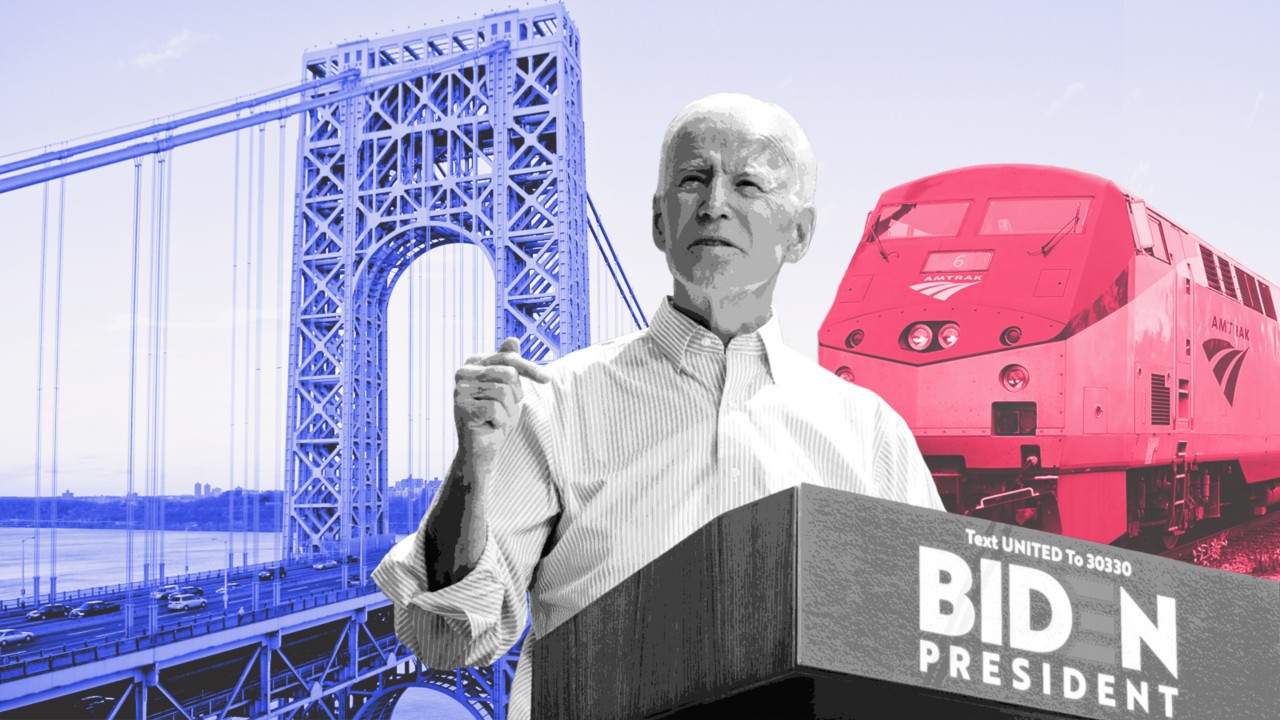