President Biden has announced a package worth trillions but there is some confusion around the details, as Cornell University professor Rick Geddes explains

US President Joe Biden recently announced a historic multi-trillion dollar infrastructure plan, which could fix 20,000 miles of roads, 10,000 bridges and create a vast number of jobs. Rick Geddes is a professor of Policy Analysis and Management at Cornell University who researches civil and social infrastructure, with a focus on the adoption of new technologies. He explains some of the issues created by President Biden’s big plans.

The figures for the infrastructure package seem to vary wildly – anything from $1.5tr to $4tr – how much money is actually being proposed by President Biden?

There’s quite a bit of confusion surrounding the details of the proposal. If you roll up all the Jobs Act [funding], it could be up to $6tr.

I think the stated infrastructure piece is between $2.2 and 2.3tr. About 6% of that would go to what many people would see as traditional infrastructure such as roads and bridges. You can also add in water infrastructure, broadband, communications access, and a few other things that we would consider heavy civil engineering infrastructure - seaports, airports, dams, levees, power grids and so on - but that takes you up to a maximum of 50%.

The new administration has included childcare, social care and medical care as part of infrastructure, which is a very broad definition.

Childcare is important, but it’s not infrastructure, so it has hurt the debate to conflate trillions of dollars of spending with hundreds of billions on actual infrastructure. I’ve spent almost 20 years studying real infrastructure policy and some of us are excited about Congress taking up a bill that focuses on it but I’m not willing to include childcare, because it drains the word infrastructure of meaning.

"Childcare is important, but it’s not infrastructure, so it has hurt the debate."

What do you feel the priorities should be?

The political incentive is to construct a lot of stuff but we’ve done a terrible job of maintaining what we already have. The American Society of Civil Engineers estimates that we have $1tr of deferred maintenance backlog across sectors: bridges, tunnels, potholes, water pipes and parts of the power grid.

We don’t need to rebuild our interstate highway system, we did that and it’s pretty complete. What we need to have is a set of policies focussing on efficient operation and maintaining a good state of repair: resurfacing roads, line painting, signage – all this stuff. We also need broadband and 5G.

But, in the US more than 90% of civil infrastructure is owned by individual states or local government. As a state governor, you think “free money!” and you’re just going to take as much federal money as you can and buttress your state coffers.

So, the big question is: what are you allowed to spend on? If the federal government pushes local government to do things that it wants them to do, the danger is they build something new that they didn’t want, to get the federal money. But eventually they have to pay to maintain it.

The US hasn’t been keen on this level of spending for some decades, why the change?

I think it’s to excite the voter base: we’re going to fund a big number and we’re going to think big and have this omnibus initiative that’s going to be like Roosevelt and the Great Depression or Lyndon Johnson and the War on Poverty all over again.

There’s already been a couple of rounds of COVID-19-related spending measures to get people through this shutdown. What we’re talking about now is a very, very different issue: we’re coming out of the pandemic, the unemployment rates are falling and economic growth is rising. The US economy is starting to bounce back and you don’t want to stimulate the economy in the middle of a fast recovery because you’ll cause inflation - you’re already going 100mph and if you hit the gas some more, you’re going too fast.

The question then becomes: what is the problem we’re trying to solve with all this spending? It sounds like they just want a big spending measure for the sake of spending, and they can say: “We did something big!”

I’m happy to talk about problems with infrastructure, which are legion, but you have to be specific. It’s not the 1950s, there’s not a cold war and President Eisenhower doesn’t need to build the interstate highway system to move military vehicles. So we’re in this mystifying situation where there’s nobody giving us a reasonable definition of what constitutes infrastructure and, second, nobody’s explaining why $6tn of spending is going to solve the problem.

There seems to be relatively little in the package on explicitly ‘green’ initiatives – do you feel this is an area that could use more money?

[The measures] are in there but maybe it’s not as aggressive as in [Europe], it’s not headlining. It may be too specific, for example, there are tax credits for methane capture or for offshore wind and it’s very specific to certain technologies and doesn’t lend itself to some splashy rollout. I’d like to see further details about making the grid more resilient – we’ve seen what happened with major power outages in Texas and California in the past couple of years.

Large infrastructure projects have a huge tendency to over-run and overspend – will this funding lead to a lot of private companies growing rich and potentially poor value for the taxpayers?

It depends on how the state and local governments do the projects. I’m a fan of public-private partnerships (PPP) if done correctly, I think they give taxpayers improved value.

My favourite example is the Indiana Toll Road which is a big toll road on the northern side of Indiana [which passes close to Michigan as well as Chicago]. It was falling apart and Mitch Daniels, the governor of Indiana in those days, leased it to an international consortium and got a large upfront payment that he used to support the infrastructure all through the state including the southern part which is poorer and more rural. It was the only state with a fully-funded transportation plan in the country. So that in my view is a well-done PPP. Canada, our northern neighbour, also does PPP very well.

"Where’s the money going to come from? The United States’ debt and deficit are at levels that exceed the end of World War II."

What do you regard as barriers to bringing President Biden’s plans to fruition?

Where’s the money going to come from? The United States’ debt and deficit are at levels that exceed the end of World War II – the debt is enormous. senators on both sides of the aisle are asking where the money is coming from.

I’ve made the point that funding should come from user fees [such as mileage-based user fees for drivers]. But the administration has muddied the water because they want to pay using corporate taxes. The question of how it’s going to be paid for is the biggest issue.

Rick Geddes is professor in the Department of Policy Analysis and Management at Cornell University and Founding Director of the Cornell Program in Infrastructure Policy (CPIP). He researches the funding, financing, permitting, operation and maintainance of heavy civil and social infrastructure, with a focus on the adoption of new technologies.  His research has examined network-wide road pricing, infrastructure resilience, and innovative infrastructure financing via public-private partnerships. 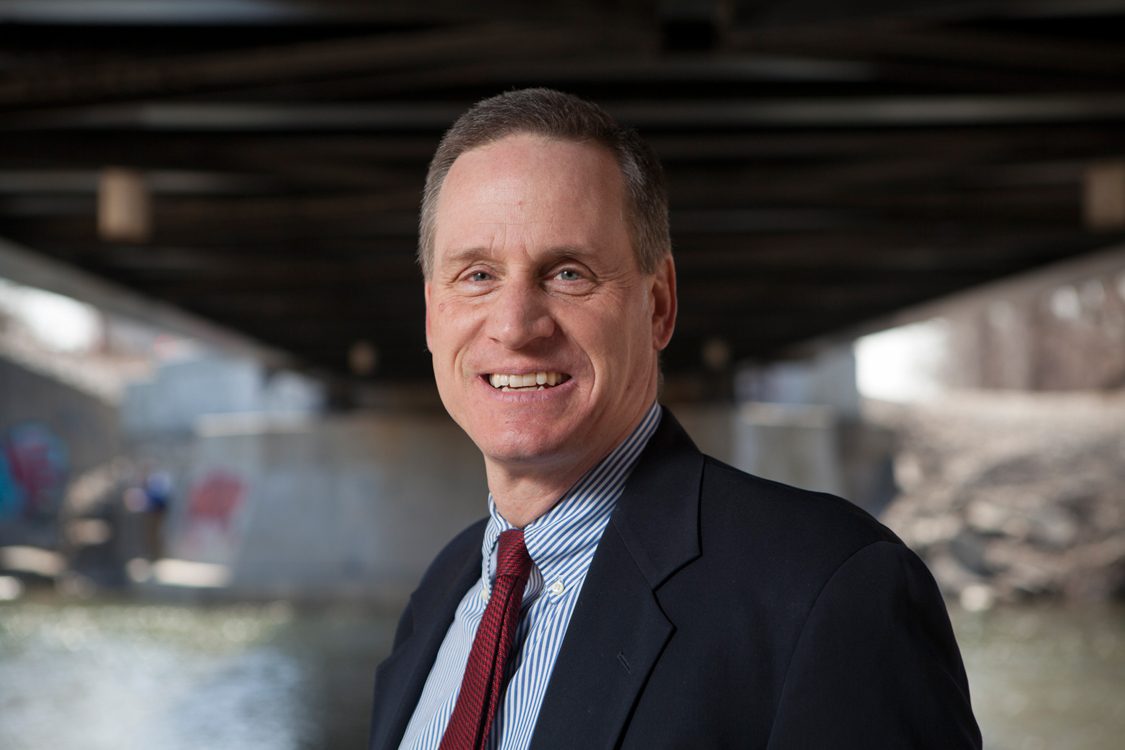 Why does big infra go so badly wrong? Read more 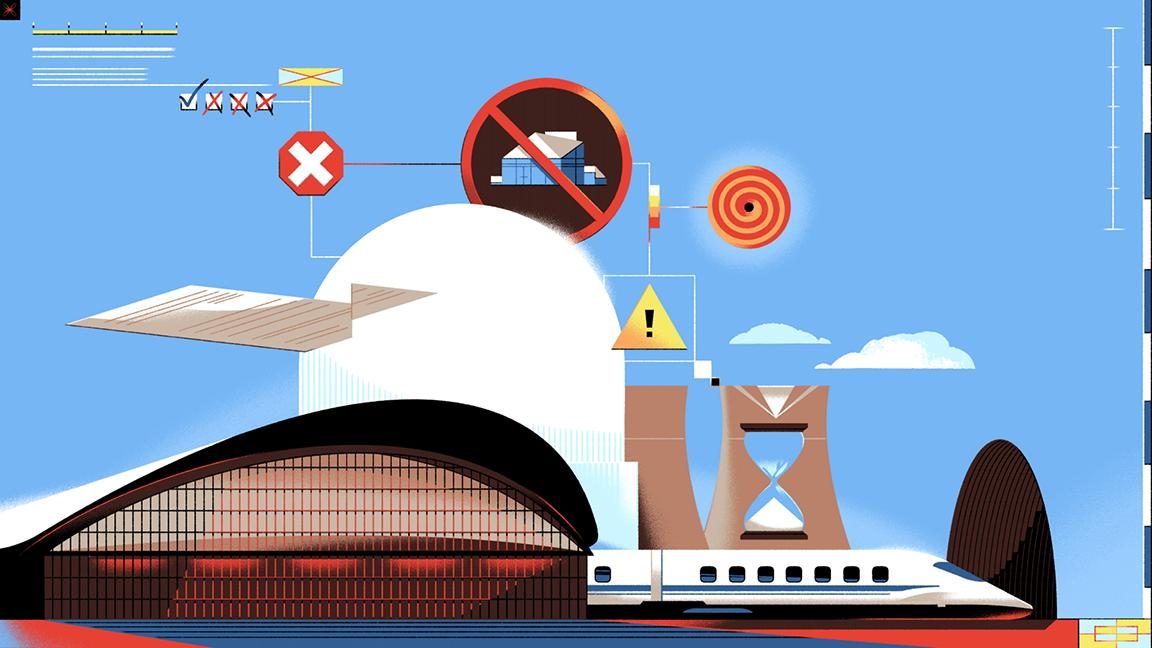 go to article Is a shortage of scaffolding affecting construction?