Art crime may conjure up images of a highly trained, gadget-wielding team of burglars in a Hollywood heist movie, but there are many ways it can occur. Paintings stolen to order is certainly one type of crime authorities deal with, but historical theft is also a big problem.

That historical theft could be well known and documented. Or discovered 30 years after the fact, when an item’s false provenance is revealed. By that time a painting or sculpture might have passed through several owners and crossed multiple borders, making its return no easy task.

Modus spoke to two experts whose jobs involve repatriating stolen art – one tracking it down and the other appraising the artefacts. 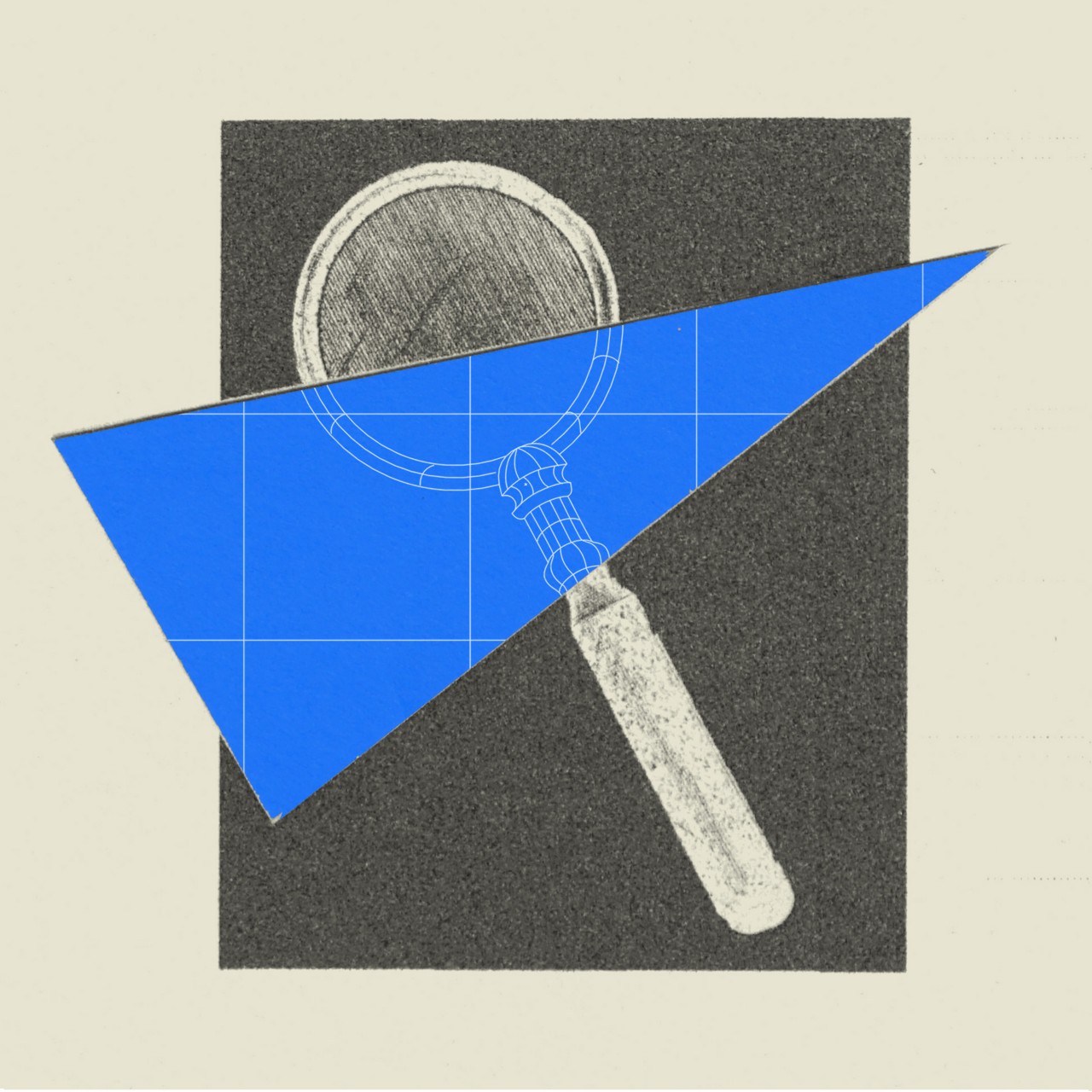 Doug Bort is the founder of Odyssey Global Consulting and a former special agent with US Customs and Homeland Security Investigations (HSI). His company conducts investigations into provenance and all aspects of frauds, thefts, fakes, and forgeries. He specialises in the recovery of lost, looted, or stolen art and high-value commodities.

A client comes to you and says their valuable statue has been stolen – what are your first steps?

Every investigation is different. However, in general, I would gather as much information as possible about the stolen item including pictures and documentation. I would examine the crime scene and conduct interviews of all witnesses and involved parties. No crime is perfectly orchestrated, so I look for those clues and details overlooked by the criminals that lead to their identification and determine how the thieves could hide or dispose of the stolen item.

In the case of the Etruscan vase, that was smuggled out of Italy and sold to the Toledo Museum of Art, I subpoenaed the museum to get all the information they had on the vase. It was probably dozens if not hundreds of documents that the museum provided on the purchase for those pieces, including everything that the museum had done since concerning that piece.

I thoroughly examined that to look for evidence as to the origin of the piece. We were able to learn that they had purchased it in 1982 through a dealer in Italy, who was, by the time of the investigation, known to have sold hundreds of looted items.

So, in this case, the passing of time helped, because in 1982 you wouldn’t have known about the dealer’s criminal reputation?

Exactly. It had been about 30 years since the purchase. At the time, those dealers were well regarded in the museum and collectors’ community and it wasn’t until early 2005 that it was discovered they were selling so many looted items.

It was conceivable that they would have access to so many pieces (they were based in Italy) and on paper the pieces all left Italy before the date of Italy’s patrimony law. In reality, they did not, they were looted and given false provenance. Because, on paper, they left Italy before the law came into effect, museums maybe didn’t look as deep into it as they should have. 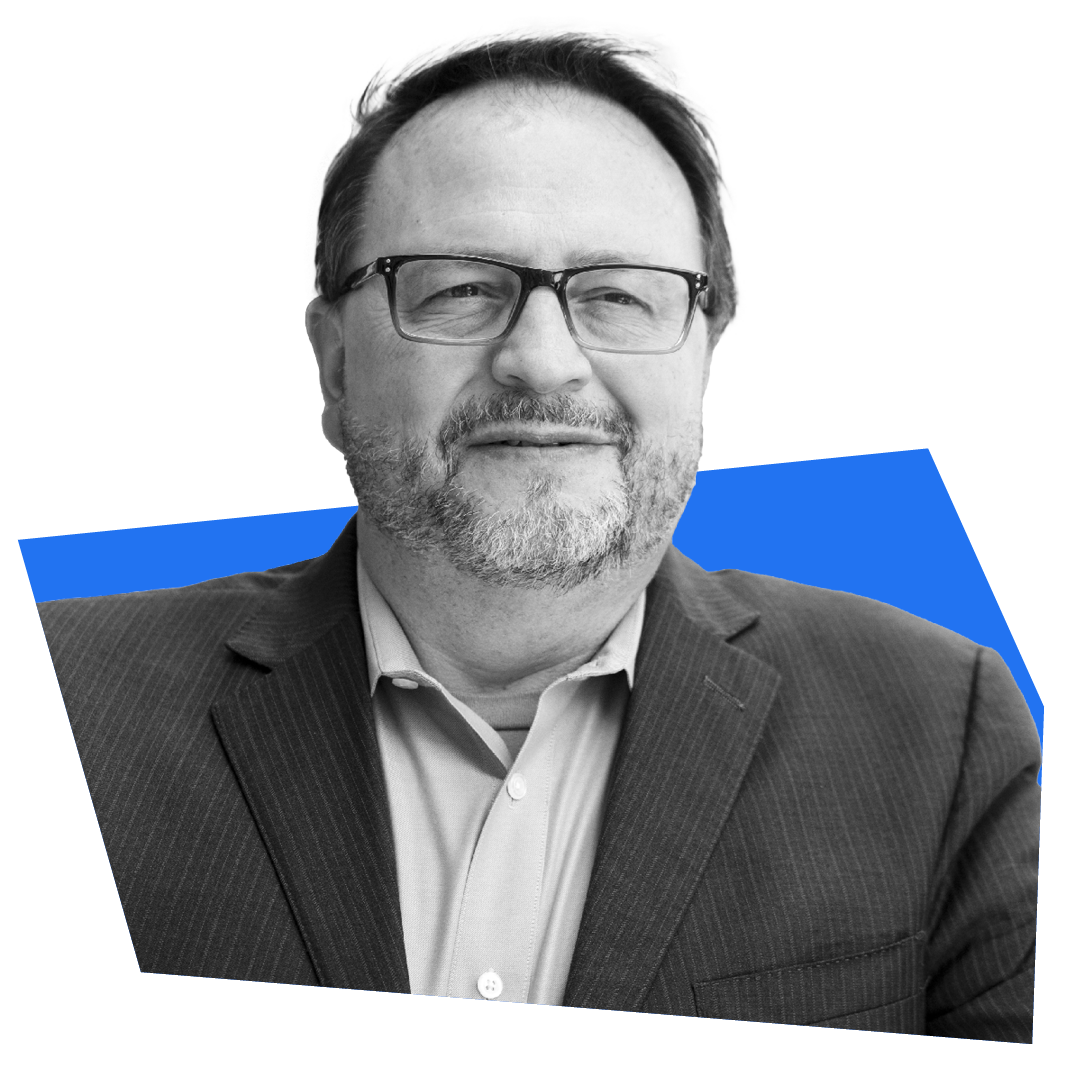 “No crime is perfectly orchestrated, so I look for those clues and details overlooked by the criminals” Doug Bort, Odyssey Global Consulting

The resources of the museum can determine how deep they dive into the provenance of the piece and whether it’s legitimate or not, but also the culture of collecting has changed over the past couple of decades. Museums today would not make the same purchases that they made in the late 1970s and early 1980s – they are much more discerning in the purchases they make today.

Are you usually dealing with art that has been recently stolen/looted or do you work on historical cases too?

We work on both recent and historical theft/looting investigations. However, for recent thefts, it’s important that we are brought in right away to examine the evidence and conduct the investigation while the scene and witnesses are fresh.

Even though technology is improving to deter thefts, the thieves are also benefitting from better technology to commit their crimes.

What can art surveyors do to prevent art crime happening in the first place?

Documentation is the first step. Detailed photographs of all sides of the painting or object, as well as thorough recording of all provenance and documents will not only aid in establishing rightful ownership, but also in recovering the item if stolen.

Increasing the security of the item as well as the location it’s housed in is important too. There are devices that can be attached to the item itself that will increase its security. This technology allows monitoring of the item and the entire environment around it through an app. This includes location, movement and humidity.

Insurance companies love that technology because if there’s a water leak at the site it’s being stored at or the heat is higher than it should be, someone will be alerted. They can send someone to remove the painting or artefact, or address the environmental issue to prevent damage. 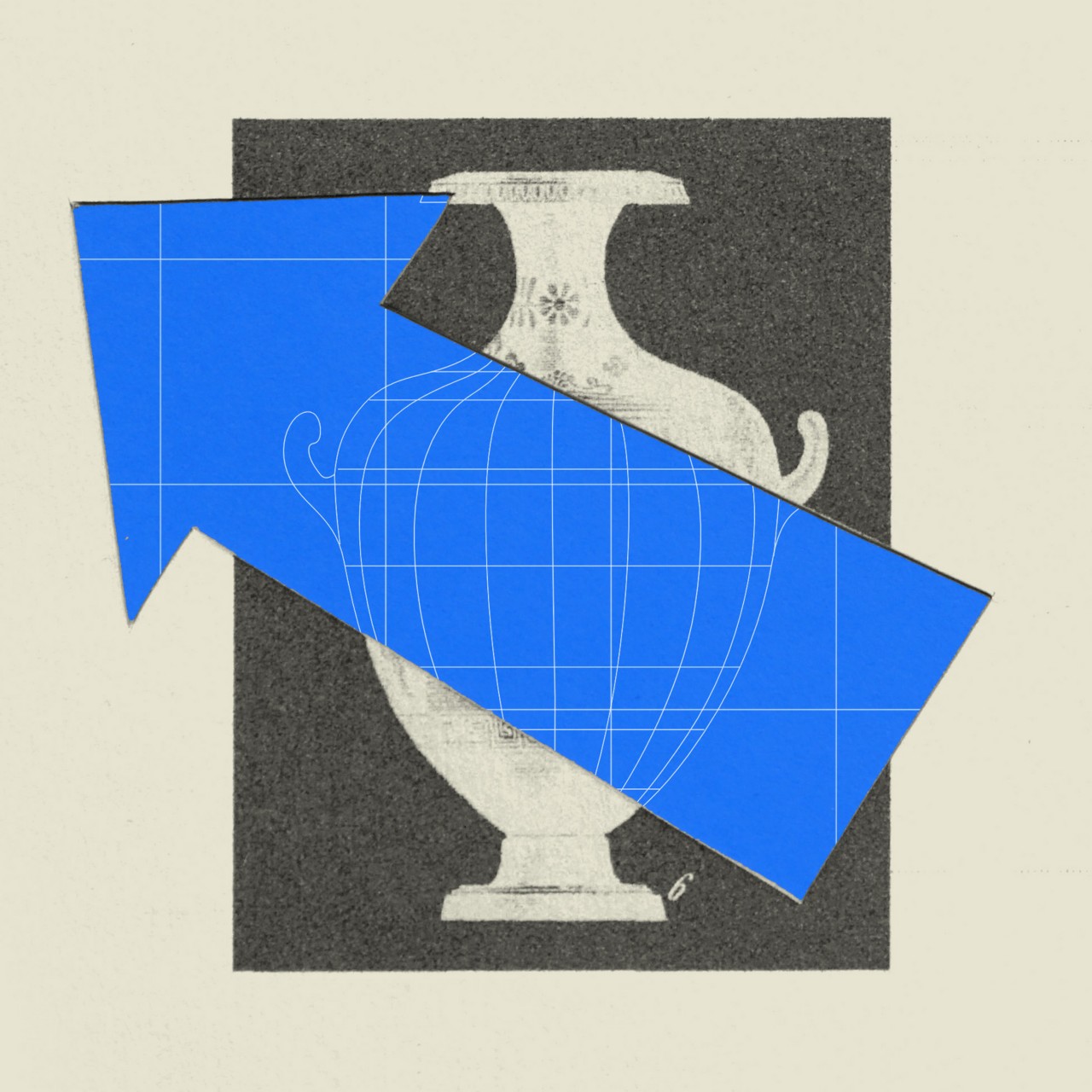 Could you tell us about the sacred manuscript you helped repatriate to Ethiopia and the process involved?

Howard University in Washington, DC had a large collection of Ethiopian artefacts – scrolls, fine art, folk art and jewellery. They received a small grant and digitised the collection and this led to the discovery of one piece that was questionable.  They sent that piece out, got it authenticated and learned it was definitely part of a very sacred group of works. Once they determined that, they had us come into appraise it and the entire Tweed collection. Our appraisal was for replacement value, so that they could travel to return it to its rightful home and be covered by the insurance carrier.

Who did you work with on that case?

Dr Gay Byron at Howard University was the lead in terms of ensuring authenticity because as appraisers we don’t authenticate. A leading expert based in Baltimore, Dr Gary Viken, was part of the team and there was a group who did the catalogue. We had scholars, technical people for the digitisation and then our team of appraisers.

There were legal teams involved from Howard University and legal teams from the Ethiopian government. Howard University did its due diligence, because there could be unintended consequences since they have a very large collection. Knowing the right thing to do is one thing, but institutions also recognise that art is a financial asset and the moment you send it out you decrease the financial value of your institution. Art can be used to balance the books and when you take it off your books, you can’t write it off as a charitable donation.

Are there any parallels between the situation with the Ethiopian manuscript and the Benin Bronzes that have been in the news this year?

When we’re talking about the Benin Bronzes situation (72 looted items at the Horniman Museum in London) we’re talking about ‘known thefts’. It informs the conversation of what we’re going to do about it because we know it was stolen. That kind of theft creates an ethical issue. For all those institutions in countries that want to consider themselves world leaders they need to be clear about the message they are sending out about ethics.

How difficult is it working across borders and even continents to recover stolen art?

All these countries that I deal with, especially in Africa, have issues like epidemic AIDS, poverty, drought or war, so following up on art theft is not always a priority. However, they do know that they want them back when identified, and that’s why the FBI’s Art Crime Team is so important because they are doing that work. And yes, a lot of it still gets past them but at least we’re getting a whole lot more being exposed now.

This kind of crime doesn’t usually get discovered on its own – there’s no “oh we found some stolen art.” Usually criminals have other things they are doing too, so a lot of the art theft comes up during discoveries of other criminal activity, like moving drugs and human trafficking. The FBI might get them for the drugs and it’s not uncommon for drugs to be transported in art. We have in some cases assisted government agencies in their efforts. 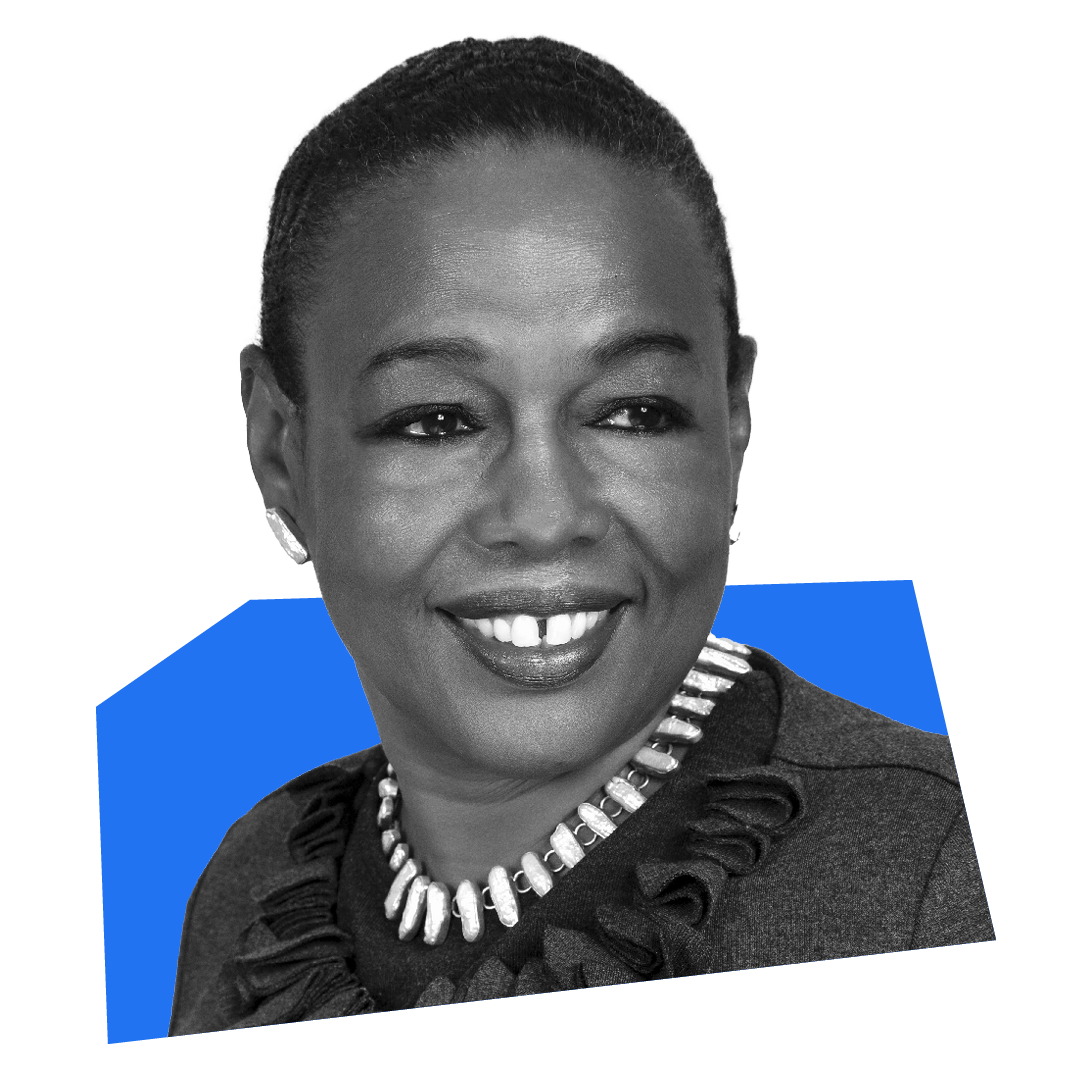 “Art is a financial asset and the moment you send it out you decrease the financial value of your institution” Alvah T Beander FRICS, Melanin Art Appraisals LLC

Does stolen art have any resale value, if the authorities know it’s been stolen and are looking for it?

There’s this thing called ‘trophy art’ whereby criminals have something they know they can’t sell on the market because it was stolen but they trade it with each other. It has a currency in the criminal world. For example, elephant tusks are used as currency and a lot of activity involving them is trade between criminals.

There are collectors who don’t care if a piece of art is ever seen again, as long as they can put it on their yacht and look at it themselves with a glass of cognac. There are people with that kind of ego – they know it’s stolen and they might have even hired someone to steal it.

We have the primary market [direct sales from galleries and artists’ studios] in art, the secondary market, usually auction houses, and then we have the ‘other’, the third market [where criminal activity takes place]. In the second market, they’re being caught up in the third market quite a lot now, they’re struggling too, trying to understand provenance on each piece that they get.

Does a lack of transparency in the art world benefit criminals?

When I came into this profession 30 years ago, it was all based on handshakes, your word, and your reputation in the industry. If Christie’s or Sotheby’s said a piece of art is authentic, it is. If certain galleries, in New York especially, said it’s authentic, it is.

Now there are new technologies involved with provenance research, such as trying to a build a comprehensive art registry, where all art is recorded, just like for cars. If your car is stolen and recovered later, they have the title number and can see who it belongs to.

“There are collectors who don’t care if a piece of art is ever seen again, as long as they can put it on their yacht” Alvah T Beander FRICS, Melanin Art Appraisals LLC 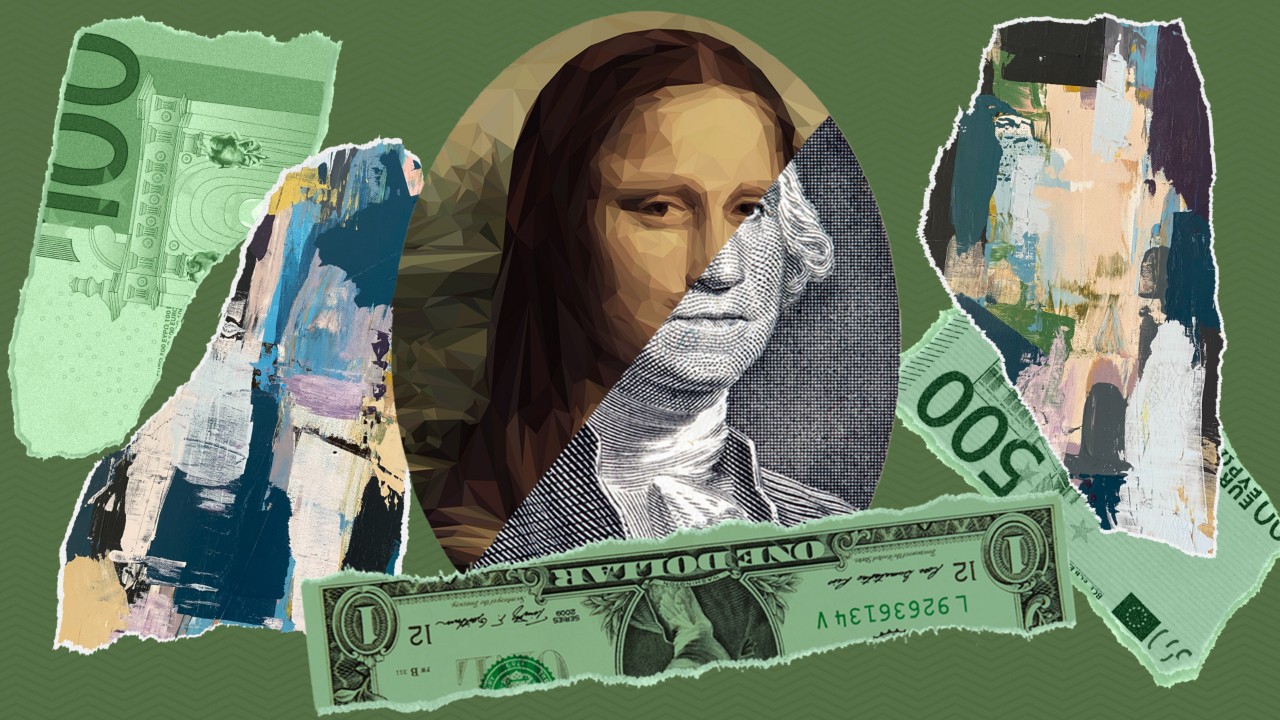