Biodiversity: An opportunity for surveying

With upcoming legislation expected to make it mandatory in the UK, biodiversity net gain is about to go mainstream. It gives the profession an opportunity to make a lasting environmental contribution

Current statistics on biodiversity make depressing reading. The UK is one of the most nature-depleted countries in the world, with more than one in seven native species facing extinction, and more than half in decline, according to the WWF. It has also missed almost all of its international targets on wildlife and habitats under the UN Convention on Biological Diversity.

But with the government pledging to deliver 300,000 new homes a year, potentially impacting the environment further, how can the situation be reversed, or at the very least, stabilised? The answer partly lies in biodiversity net gain (BNG), initially practised voluntarily by a handful of local authorities. The idea of a mandatory rule was proposed in the government's 25 Year Environment Plan in January 2018 and legislation to bring this into effect is making its way through parliament in the environment bill.

However, almost a quarter of local authorities have already implemented it through planning policy, according to Savills. Housebuilders such as Barratt and Berkeley have also committed to BNG in planning applications with the latter having already submitted 30 with BNG included. "The momentum on this has really ramped up now that it's in the bill. BNG is becoming much more mainstream in terms of how we do it, and what it looks like, rather than a few people doing it voluntarily," says Julia Baker, biodiversity specialist and lead author on the UKs Good Practice Principles for BNG.

The basic premise of BNG is that a development should leave plants and wildlife in a better state than before. The government is asking for a minimum 10% improvement on all developments in England except Nationally Significant Infrastructure Projects, householder applications and some brownfield sites with viability issues, as long as they do not contain priority habitats. "There's been a fundamental shift in our industry, which has traditionally been about minimising damage to species – now we are turning this on its head and looking at how we benefit nature," Baker explains.

Habitat is used as a proxy for biodiversity. Developers must undertake a habitat survey of their proposed site to quantify the biodiversity present pre-development, and how that is likely to be impacted post-development. If the survey concludes that there will be a loss, developers will have to mitigate this by adding habitat either onsite or offsite, or by buying biodiversity credits. To work out how to do this Natural England has created a metric (an updated beta version was published last year), which converts habitats into measurable "biodiversity units" according to their size and quality. These units form the currency of biodiversity net gain. Habitats include woodland, grassland, wetland and scrub, with those that are scarce or declining typically scoring higher than more commonly found areas.

The metric considers whether or not the habitat is sited in an area that has been identified as significant for nature. It also takes account of the difficulty of creating the new habitat, or enhancing an existing one. The metric incentivises delivery that is on or close to the development, by taking account of how close compensatory habitat is located to the project site. Habitats to be created offsite should be within areas set out in Local Nature Recovery Strategies (LNRSs), documents produced by local authorities outlining where biodiversity enhancements should be prioritised.

Whether habitat is added onsite or offsite varies depending on location, nature, and social impacts, says Baker. "I work on transport projects, where you wouldn't want to draw wildlife into certain areas, whereas there could be a different approach on a housing development. It comes down to the principles of achieving the best outcome for nature and people," she says.

Developers must then prepare a report for submission alongside a planning application, to prove that they will meet the BNG requirement. Using the standardised approach provided by the metric benefits landowners and developers by ensuring that a consistent process for measuring biodiversity can be applied and is recognised as being robust, which in turn provides credibility to planning applications, says Helen Nyul group biodiversity manager at Barratt Developments.

Surveyors can get involved in BNG early on, when sites are being brought to market, says Emily Norton, head of rural research at Savills, adding that the market for providing land for offsets is at the initial stage, with awareness of the opportunities generally low outside areas where local authorities have implemented their own policies ahead of legislation.

With the creation and avoidance of loss of several thousands of hectares of habitat a year, Savills predicts that the emerging market has significant potential, though financial returns will vary according to supply and demand in any given area. Since it is aligned with the planning process, it is more likely to impact on areas where there is a lot of housing need.

Private landowners will be able to see if they have land that could benefit from biodiversity uplift once local authorities have published LNRSs. "If you're the owner of land that's never likely to be developed then it can be a good and useful way of accessing new sources of investment in environmental outcomes," says Norton. "The interesting thing will be when its mandated across the country, whether it will be driven by supply coming to market, or from demand from developments. I think itll be a mixture of the two."

Landowners who are considering allowing their land to be used for offsets should first talk to local ecology firms to identify the options. They also need to take into account where their local authority is, in terms of housing delivery, as offsets will be more likely in areas where there is a lot of housing need, she adds.

Another key requirement of biodiversity net gain is that it must be maintained for 30 years. Simon Marsh, head of nature protection at the Royal Society for the Protection of Birds (RSPB), says that the government's proposal to introduce conservation covenants will be key to ensuring that biodiversity gains are not lost years down the line. "When we've talked to housebuilders about how this would work, this is one of their concerns. Once they've built a development, they want to hand it over to a local authority or someone else they dont want to have the liability he says.

Independent rural consultant Charles Cowap MRICS adds that surveyors will need to understand the covenants as they will need to get involved in drafting the terms: "Lawyers will create the legal deed but there will be a lot of work before it gets to that stage in just what is a workable agreement."

Norton agrees. "Maintaining a covenant is a question of ensuring the management agreement that goes with the land use change is drafted well," she says. "A surveyor or local land agent will need to advise on the terms of that agreement, what access the local authority has for monitoring, and who has responsibility for that." There will be an approved list of organisations that can make covenants, such as government bodies or charities. "Developers are unlikely to be on that list. But there could be scope for them to work with charities such as regional wildlife trusts."

There is also the question of preventing abuse of the system. The government is to introduce legislation to prevent landowners from degrading habitats before applying for planning permission in order to reduce the uplift burden. Landowners will also need to be prevented from selling offset credits to two different entities, Cowap says, though he adds that this should be fairly straightforward under land registration rules.

In addition, the Department for Environment, Food and Rural Affairs (Defra) will need to police the system to make sure it is working properly and that people who say they are providing habitat are doing what they say they are. "You need some kind of proper accreditation system for the people who are going to provide habitat who aren't a statutory body," says Marsh.

Finally, the long-term maintenance of BNG will require management companies to become more aware of the implications of the 30-year maintenance requirement, as well as understand conservation management. Nyul concludes: "A lot of uncertainty remains around the governance, liabilities, reporting and enforcement related to long-term maintenance, and ultimately achievement of BNG. This is a challenge that will require careful consideration and a balanced approach to avoid any disproportionate, resource-heavy processes."

How farmers in the UK are paid is going to change, with the agriculture bill making its way through parliament. Payments will no longer be calculated according to land owned, as under the EUs Common Agricultural Policy but instead be based on "public money for public goods".

According to clause one of the bill, these include supporting public access and understanding of the environment; managing land, water or livestock in a way that protects or improves the environment, or that mitigates or adapts to climate change; conservation of plants, their wild relatives or genetic resources; and protecting or improving the quality of soil.

A consultation published by the Department for Environment, Food and Rural Affairs (Defra) in February proposes more detail of how this would work. There will be three tiers of entry to the scheme, to allow anyone from any farm or land type to participate.

Tier one would encourage farmers to adopt environmentally sustainable farming and forestry practices on their land, while tier two would incentivise the delivery of locally targeted environmental outcomes, potentially with farmers and landowners collaborating across an area. The third tier would pay for larger-scale, transformational projects across a landscape.

Defra has yet to reveal how it will measure the "public goods" on which it will base payments, but a number of trials of the detail of the scheme are underway.

However, there are methods for valuing intangible land assets such as contribution to food production, or a view, according to rural consultant Charles Cowap MRICS.

A starting point to valuing a view could be the number of people visiting the site, and how much they pay to travel there, he says. Other methods include contingent valuation, where people are asked what they would be willing to pay to stop an asset being destroyed; or benefit transfer, where an asset's value is calculated using the value of a similar asset that has already been identified.

"It may be some time until the majority of valuers are asked to do these valuations, but in the short term, many people working in property management and development will face the results of these assessments and will need to understand them and work with them he says." 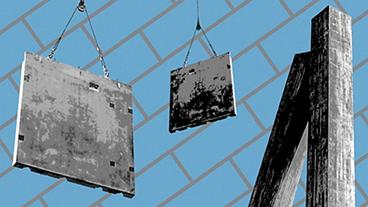 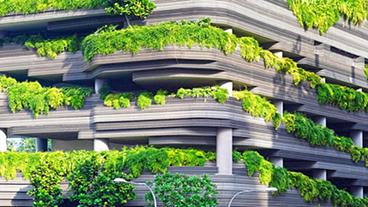 go to article How greener infrastructure can power the global economy 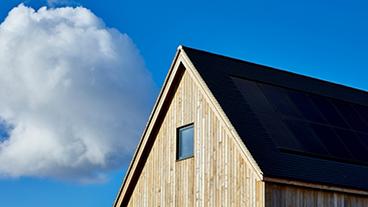 go to article Fit for the future: the push for zero carbon homes