Fusion energy: nuclear but not as we know it

Generating energy from the fusion process would be revolutionary – sustainable, renewable and carbon-neutral. Is it finally within our grasp?

Imagine a world where energy could be produced cleanly and safely. Where there would be no need to clutter the countryside with solar farms or the seascape with wind turbines and where a cloudy outlook or a lack of breeze would present no problem.

Not only would the energy from this source be carbon-neutral and fossil-free, but it would be entirely consistent, relatively cheap and suited to most environments.

If it sounds too good to be true, that’s because – currently – it is. But, says David Kingham, executive vice chairman and one of the founders of the fusion energy development company, Tokamak Energy, we are inching towards having that dream within our grasp.

Kingham and his researchers have spent the past 12 years grappling with the complexities of deriving energy from fusion, a process that is possible in theory (the basis of Einstein’s E=mc2) but which has proved to be almost impossible to replicate, at least commercially and, at the time of writing had only been achieved twice. “It was done in a lab, they produced 16 megajoules of power, but they had to use 24 to produce it,” he says, with remarkable cheerfulness. “It does show that the theory is correct though.” Earlier this year, the process was achieved for the second time – producing 59MJ – but, once again, requiring more input than output. And so, on an industrial estate on the edge of Didcot in Oxfordshire, UK, his staff persist, modern-day alchemists except slower and with dozens of screens rather than smoking cauldrons. 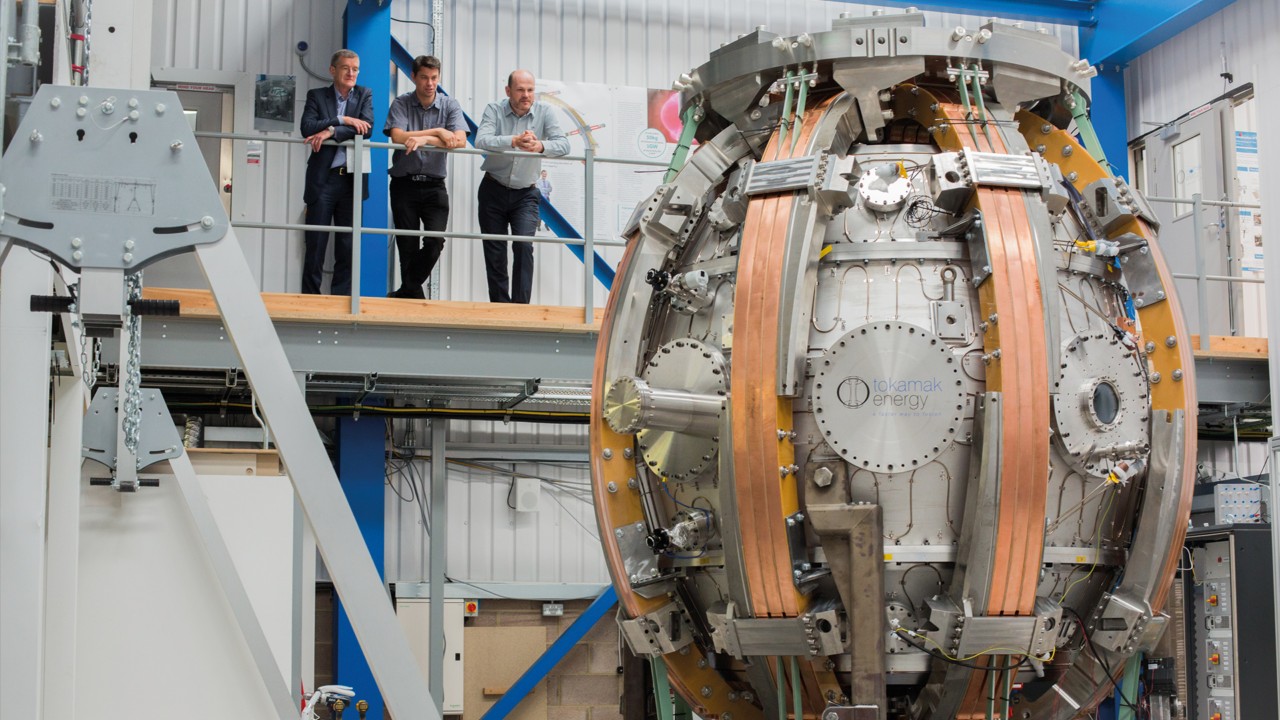 The process they are trying to establish is often likened to creating a mini-sun. Heated hydrogen forms a plasma that is held in a tank called a tokamak (derived from the name given by the Soviet physicists who developed it and looking not unlike a Sputnik rocket in its early iterations). The tokamak uses incredibly powerful magnets to suspend the plasma and, when the temperature reaches 100moC – bear in mind that the core of the sun has been calculated at a mere 15moC – the hydrogen atoms collide and create energy. This sounds alarming but Kingham insists that it is low risk: “It’s hotter than the sun but nowhere near as dense ... Getting it to stop is very easy, it’s getting it started that is the tricky part.”

This small corner of Oxfordshire is at the forefront of a global effort to achieve the first fusion power plant: there is Tokamak Energy, of course, and close by, the Culham Centre for Fusion Energy, part of the UK Atomic Energy Authority where Kingham’s scientific co-founders worked and the lab responsible for the two fusion events over the past 25 years. “They were frustrated by the slow progress there,” he says. His company hopes to outdo its rivals around the world by creating a commercially viable prototype by the early 2030s, perhaps five years earlier than other researchers labouring in this field. But there are shots being fired across Tokamak Energy’s bows: Jeff Bezos has invested heavily in General Fusion, a Canadian company that is planning to build a £400m non-operational plant at Culham, also in the UK’s Oxfordshire. And another company, First Light Fusion, has established a lab at nearby Kidlington.

The prize for the winner of the race would be enormous, potentially world-changing. It would not just have implications for how we heat and run our buildings and power our vehicles but could entirely make over some of our most polluting industries. The production of materials vital to building, such as concrete, glass and steel, which rely on massive energy consumption could be transformed bringing even traditionally-built new homes much closer to carbon neutrality. Kingham imagines the devices becoming ever more popular in the 2040s as countries get into the “deep decarbonisation of industrial processes” to meet Paris Agreement targets.

There appears to be no eureka moments, however, just a long series of tiny marginal gains that refine the process and refine it some more. The pace seems painfully slow and Kingham does admit that when he started the company in 2009, he thought it would be a “bit quicker” but says that it is the process itself that interests him and his physicists and engineers including a Japanese university professor who emigrated to be close to this epicentre of development.

At the moment, the main focus is on developing superconducting magnets that will be strong enough to suspend the plasma but far more energy efficient than previous types. There is a table of round copper-coloured solenoids that scale up in size and intensity and finish with the largest, a patented bow-shaped version, which the team believe is a meaningful step forward in the development. Whereas before the magnets used in fusion consumed so much energy that they made the process inefficient, these ones will only use a tiny fraction of the input previously needed.

And indeed, next door to the magnet room, beneath several feet of concrete shell, the tokamak is producing temperatures that it is impossible to imagine outside the confines of physics, temperatures of 50moC periodically light up a screen in the operations room – although it turns out, confusingly, that the lighter areas are the cooler parts of the tokamak, the dark, unseen core is the hottest. Kingham says that his device has the “advantage of efficiency and compactness”. It’s his company’s unusual tokamak shape which stretches the plasma into a “cored apple” shape rather than the usual doughnut, as well as its innovative magnet technology, that he believes will see it triumph.

It would not just have implications for how we heat and run our buildings and power our vehicles but could entirely make over some of our most polluting industries such as cement, glass and steel production

Timelapse of a fusion reactor being built

If that sounds like the sales spin of a businessman (Kingham maintains that he is an entrepreneur rather than a scientist, saying only that he did “a bit of physics research” at Cambridge which turns out to be a PhD), then it is very convincing spin. The UK government appears to be alive to the potential of fusion energy: it has given £10m to Tokamak Energy in grants – as well, of course, as supporting its own team at Culham and other international efforts such as ITER in France – had two cabinet ministers visit Tokamak Energy in the past few months and, last summer, drew up a shortlist of five locations for the first British fusion reactor site. “A single tokamak could produce 150MW of energy and a site could have ten or more of them,” says Kingham. Globally, more than $2bn has been poured into fusion research in 2021 and Tokamak Energy is planning to double its 175 staff in the coming months.

And perhaps the slow pace until now has belied the huge milestones in this journey: 20 years ago, nuclear fusion was little more than a scientific curiosity; 10 years ago, harnessing it was thought to be 50 years away; now, the planet might be just 10 years away from profiting from it.

The pace seems painfully slow and Kingham does admit that when he started the company in 2009, he thought it would be a “bit quicker”

Getting to net zero

Can we overcome our dependence on fossil fuels? Read more 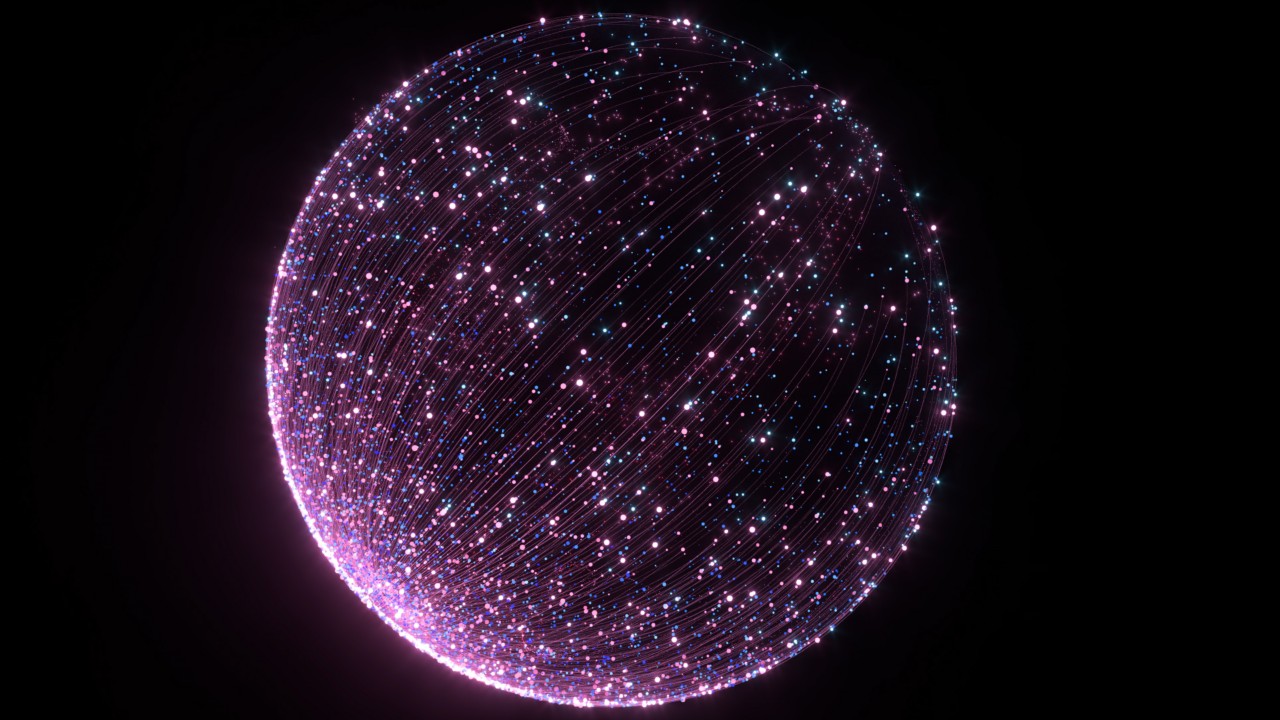