Less than zero: how to achieve energy-positive buildings

Reduce, reuse, recycle are the tenets of green technology but, in construction, abiding by these principles is rarely easy. Dutch developer EDGE proves that it can be done and wants to show us all how

Twenty years ago, Coen van Oostrom, founder of EDGE, listened to an Al Gore speech about climate change. It was a revelatory moment for the Dutch developer who was horrified to learn that 39% of carbon emissions came from the built environment: he committed to making his companies’ buildings as sustainable as possible and later aligned them to the tight strictures of the 2015 Paris Agreement.

As a result, EDGE buildings require drastically lower levels of fossil fuels to operate, often use solar panels and aquifer thermal energy storage for on-site energy production, their toilets are flushed using rainwater and the company avoids disturbing wildlife during construction. It even takes the flight paths of neighbourhood birds and bats into consideration when designing a building’s lighting.

In 2019, when EDGE completed the headquarters for Triodos bank in Driebergen-Zeist in the Netherlands, circular principles of reuse were incorporated into the design: however, ensuring materials can be recovered and reused at the end of a building’s lifespan is just the start.

"We expect our buildings to be there for 100 years but we still need to use materials which are as carbon neutral as they can be,” says Peter Sagius, EDGE’s executive commercial director of the Netherlands. “That means shifting from recyclable to recycled materials.”

Adhering to these relentless standards means that every stage of a project, every design decision becomes crucial in lowering emissions further and reducing the environmental impact of their buildings. The company currently aims for a usage of less than 50kWh/m2 – an office building would typically use in excess of 250KWh/m2 - but achieving that target can come down to details as apparently insignificant as the type of computer servers installed.

“We believe that what we need to do is measure, measure, measure to create better performance,” he says. “A building, at the point of delivery, is never as good as when people have been in it a year. We need four seasons to fine tune all the air flows and heating and cooling systems.”

The company achieves ever-decreasing emissions through its ever-increasing use of sensors. It was in 2014 that it set a new benchmark for sustainability, winning the highest BREEAM score ever awarded for the EDGE Amsterdam, built for Deloitte. Nicknamed “the first computer with a roof” due to its unprecedented number of sensors, it was able to calibrate resource consumption to optimise sustainability.

This mass use of sensors – sometimes known as the internet of things (IoT) – is an innovation that has continued on other projects. At the Unilever HQ in New Jersey, for example, EDGE found that on Fridays, the quietest day of the week, one section of the building was only used by two people. To save on the energy to heat, clean, ventilate, and staff this area, management had the data that justified shutting the entire section down on Fridays, and diverting occupants to other parts of the building. Such is the company’s zeal for metrics that it has recently launched EDGE Next which can take readings in any office building to show areas that could be improved.

Of course, calibrating the environment also has benefits for employees’ health. While big data and AI estimate ideal levels of warmth, humidity, and CO2, occupants can also tweak the settings to their satisfaction via an app. Rather than struggling with feeling too cold or hot, or unable to concentrate because the light is either too dim or too dazzling, or the air is oxygen-depleted, occupants are sustained by an environment that provides an optimum physical and cognitive environment. 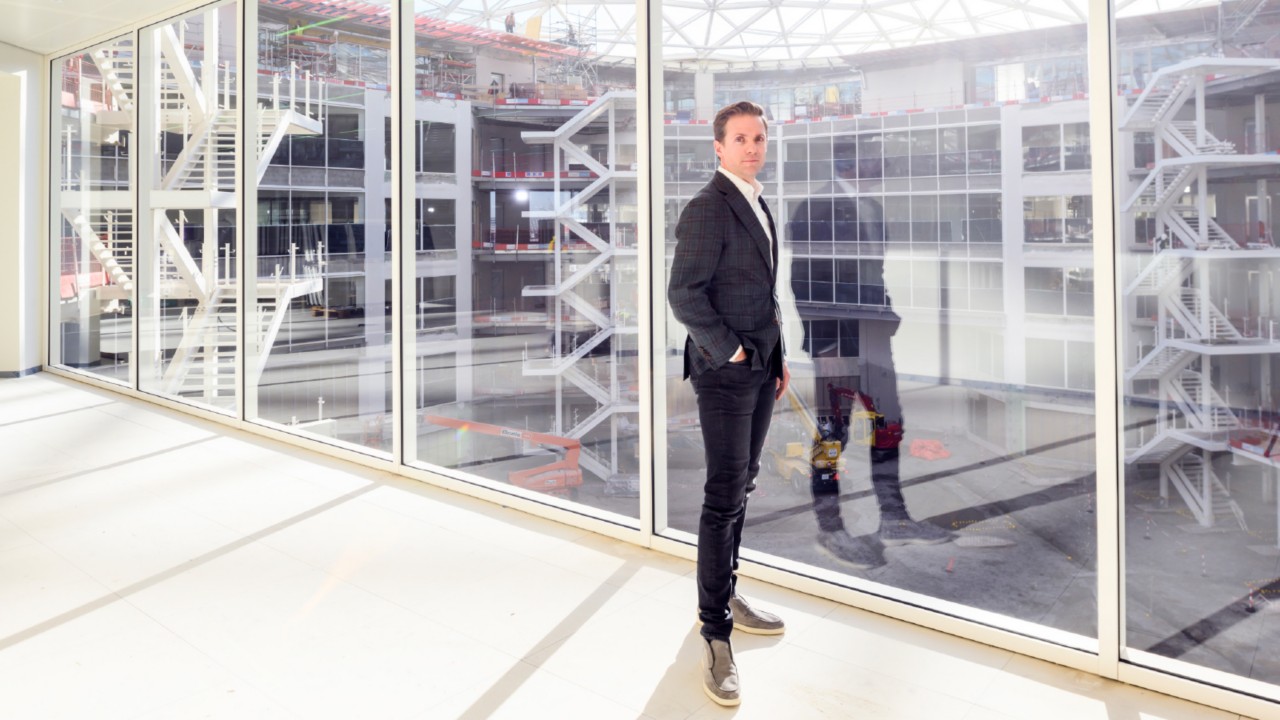 EDGE also ensures that everyone is as close to a window as possible, with ample fresh air and space around them, as well as opportunities for movement and interaction. EDGE Amsterdam West, which is due to open this autumn, is a redevelopment of an old office building, in which much of the hexagonal honeycomb structure has been preserved. An inner garden has been transformed into an enormous atrium – large enough to house a Boeing-777 - its glass fractal roof spreading natural light throughout the building, providing an uplifting meeting area, and helping with temperature control (EDGE’s in-house psychologist also concluded that atrium made tenants 47% more satisfied). Thanks to abundant solar panels on the roof, and subterranean thermal energy storage, in which water is pumped down during the summer months and kept warm for later use, the building is energy-positive.

It will also incorporate the latest in IoT and AI technology to track where people are in the building, and analyse which parts are being most used.

“That way we can survey people [and learn] why they use that part of the building more than other parts,” says Sagius. “Whether it's warm or cold, what the daylight is like. Then maybe we can change parts of the infrastructure or the layout for the tenants so they better use the whole of their floor.”

While these efforts have secured a WELL Platinum rating for all its most recent buildings, EDGE also try to find tenants who understand and support its quest for healthier workspaces, and who are prepared to move away from densification.

“Some of these big companies also need education to understand that their office space can be laid out in a different way,” says Sagius. “They often pack their offices full of people and they think it works. But if you survey people in these offices, they’re not happy. I think you need a high rate of employee satisfaction and happiness to get a higher rate of efficiency and production.”

Sagius’s holy grail would be a payment system where a tenant pays not per square metre, but according to metrics that would take the health of users into account. “You would come to a better solution for the investor if maybe the rent price could be €500/m2 instead of €200 but it would have to be related to productivity – the number of sick days that staff take, for example – and the total use of the building, and so on.”

But a drive for sustainability can create puzzles that take time to iron out. At London Bridge, for example, where the company has plans for a 253,000ft2 (23,500m2) building, EDGE was determined to use timber in the structure — a rarity in the UK. It was a choice that meant there would be many more hoops to jump through — but as Richard Applin, the project manager and partner at Gardiner & Theobald on the project, recalls, EDGE were not to be dissuaded.

“In the early days we told them that we would need to go the extra mile to use timber, but EDGE was adamant. They told us, ‘We really want this to work, we really want to push the boundaries of what is possible’," says Applin.

Pursuing such a high degree of sustainability does often create a tension with a building’s “wellness” – or how it supports its occupants - another measure of its success. For example, pumping fresh air into an HVAC system tends to come at the cost of using extra energy, so at London Bridge, the higher energy requirement will be offset by not ventilating unoccupied rooms when they are temporarily unoccupied, and mixing in natural ventilation.

It is hoped that the vast solar panels that will be installed on the London Bridge building’s roof will make it energy neutral although Sagius says that solar panels at EDGE Amsterdam West will achieve an energy positive measure. The next challenge for the company, he thinks, will be designing an energy-neutral or even energy-positive high-rise building, where there is less space for solar panels.

But while EDGE enjoy pushing the envelope, they don’t want to be the sole challenger: they want to set a precedent and inspire other companies to do the same.

“Our way of working should create a movement in the built environment,” says Sagius. “Because if we develop one or two buildings a year, it’s not enough to reduce carbon emissions. All our partners and development colleagues need to pick up the baton and create better buildings. We only want to create examples of how we could do it and, if others would like to learn from us, we will try to find a way.”

The circular economy in numbers 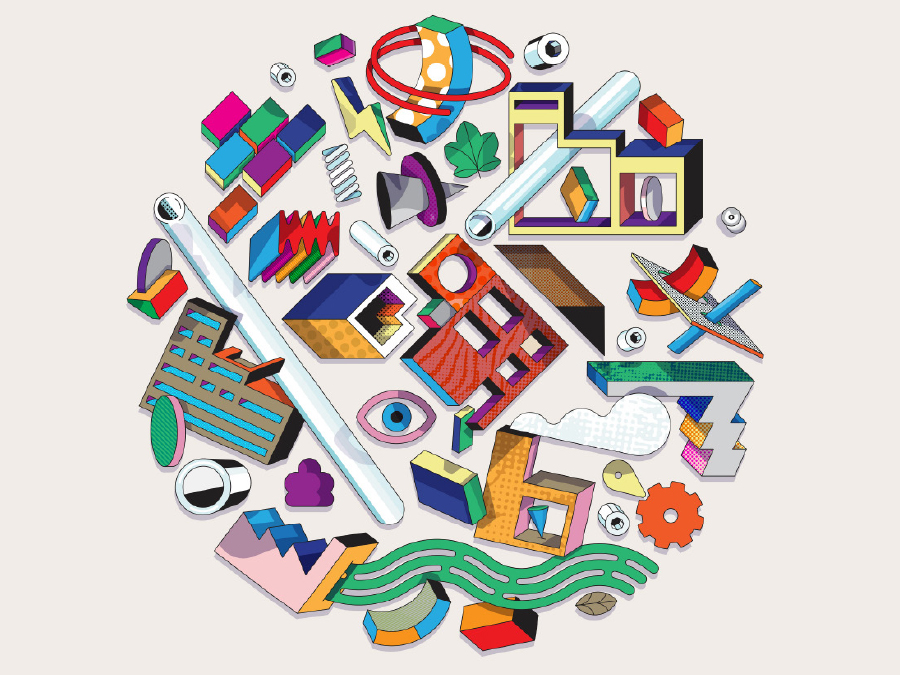 go to article Inside and out: employing prison-leavers