Property developers are increasingly contributing to climate change infrastructure with flood barriers. But who decides what’s needed and how it’s being paid for?

Rising sea levels caused by climate change are one of the biggest threats to our homes and communities, as major floods become an increasingly common occurrence all over the world.

Many towns and cities are well equipped to deal with the possibility of flooding and have been refining their water management techniques for many years. Take Rotterdam for example, where Dutch experts have been honing their flood mitigation techniques to keep the sea from encroaching too far inland for centuries.

However, not everywhere is so well prepared for major weather events. In July 2021, Bad Münstereifel in Germany, was one of the towns worst hit by catastrophic flooding which killed 196 people in the country, as well as a further 42 in Belgium. At around the same time in China, 302 people were killed after extreme rainfall caused flooding in the Henan Province.

“You can see the next major housing and building regulations scandal brewing here,” is how Meg Hillier MP, chair of the Public Accounts Committee, responded to a UK government report on managing flood risk. "Damaging floods are becoming more and more frequent, and with climate change extreme flooding events are not going to just go away,” said Hillier.

“The risks to our homes, businesses, national infrastructure, food supply and whole ecosystems are not being properly monitored, much less strategically mitigated,” added Hillier. “The government is simply not doing enough to protect the UK’s current housing stock from floods or stepping in to prevent new homes being built on flood plains, and more needs to be done to tackle the prohibitive home insurance costs that result.”

“These population centres are exposed to some of the most damaging extreme weather events, such as tropical cyclones, storm surges, hailstorms, and coastal river flooding. More property in these areas means a higher cost of damage from natural hazard-triggered disasters as the effects of climate change increase and intensify over time.”

So how can the built environment play its part in reducing flood risks for new developments and adapting to climate change? One solution is to include property developers in the conversation. For example, the US city of Boston is asking developers who are keen to build in the Marine Industrial Park to help fund a sea wall. Local authorities are aware of the huge financial cost involved in managing the city’s coastal flooding problems and believe those who want to build there should invest in the area’s future resilience.

As the country with the most coastline in the world (243,042km), Canada is well practised in keeping rising sea levels at bay. Predictions have estimated sea levels could rise by anything from 26cm to 1m by 2100, which could dramatically affect coastal areas without adequate flood defences. Vancouver sits on the country’s western coast in British Columbia, where flood mitigation is high on the agenda.

“In 2014, the Vancouver Building by-law was amended to raise the flood construction level of new buildings and to reinforce setbacks from the shoreline for properties in designated flood plains,” says Alexandra Turnbull, a strategist in planning, urban design and sustainability for the City of Vancouver.

“Flood protection work has also been integrated with some major developments. For example, in the East Fraser Lands (River District), land has been raised, green rainwater infrastructure has been installed, and flood walls and dikes have been completed to mitigate flood risk due to sea level rise and storm surge events. Specific upgrades include the construction of a flood wall and dike along the perimeter of Kinross Park.” 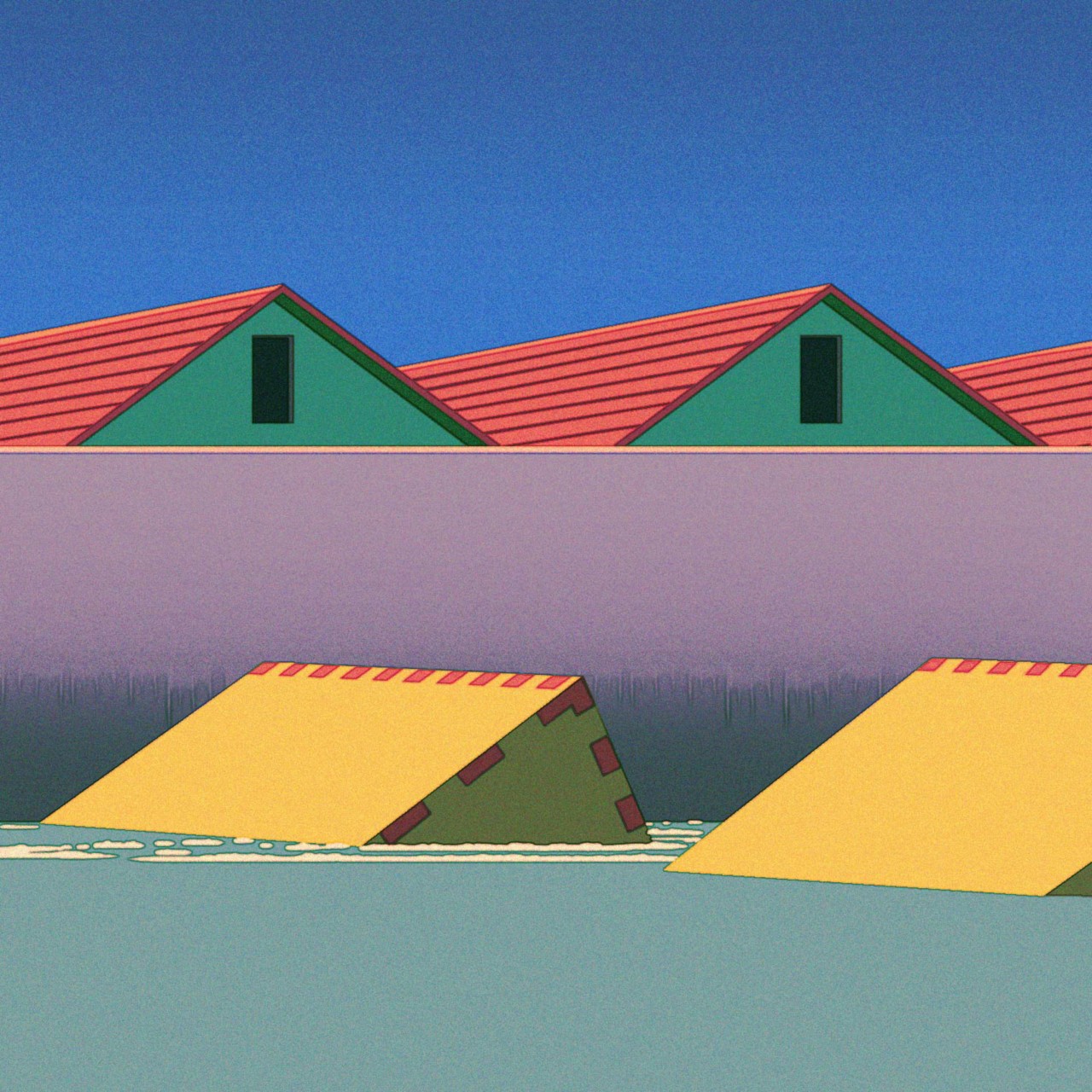 “Land has been raised, green rainwater infrastructure has been installed, and flood walls and dikes have been completed to mitigate flood risk” Alexandra Turnbull, City of Vancouver.

On the shores of Canada’s Lake Ontario, Toronto faces similar challenges. In 1954, Hurricane Hazel was responsible for 81 deaths and millions of dollars’ worth of damage to Toronto. Ken Dion, project director at Waterfront Toronto says that deadly event has played a significant role in the planning and design of the city’s shoreline. New buildings are expected to withstand comparable weather incidents.

“Ontario has very strong flood protection rules and regulations with regards to development. Our standard is either a 100-year flood event or the largest storm on record for our region. Hurricane Hazel set a very strong standard.

“There’s also a lot of work in Toronto focusing on green building standards and softer developments such as picking up stormwater flows and reusing it locally on site. Trying to find more sustainable building materials and construction practices, energy efficiency issues, green roofs, all that stuff gets put into the general development equation here in Toronto.”

Steve Heuchert, associate director of development planning at Toronto Region Conservation Authority (TRCA), adds: “We have what’s called the provincial policy statement and that lays out the broad principals of protecting against flooding, protecting natural heritage systems and enhancing them. Those policies then feed down into the local municipal plans.” 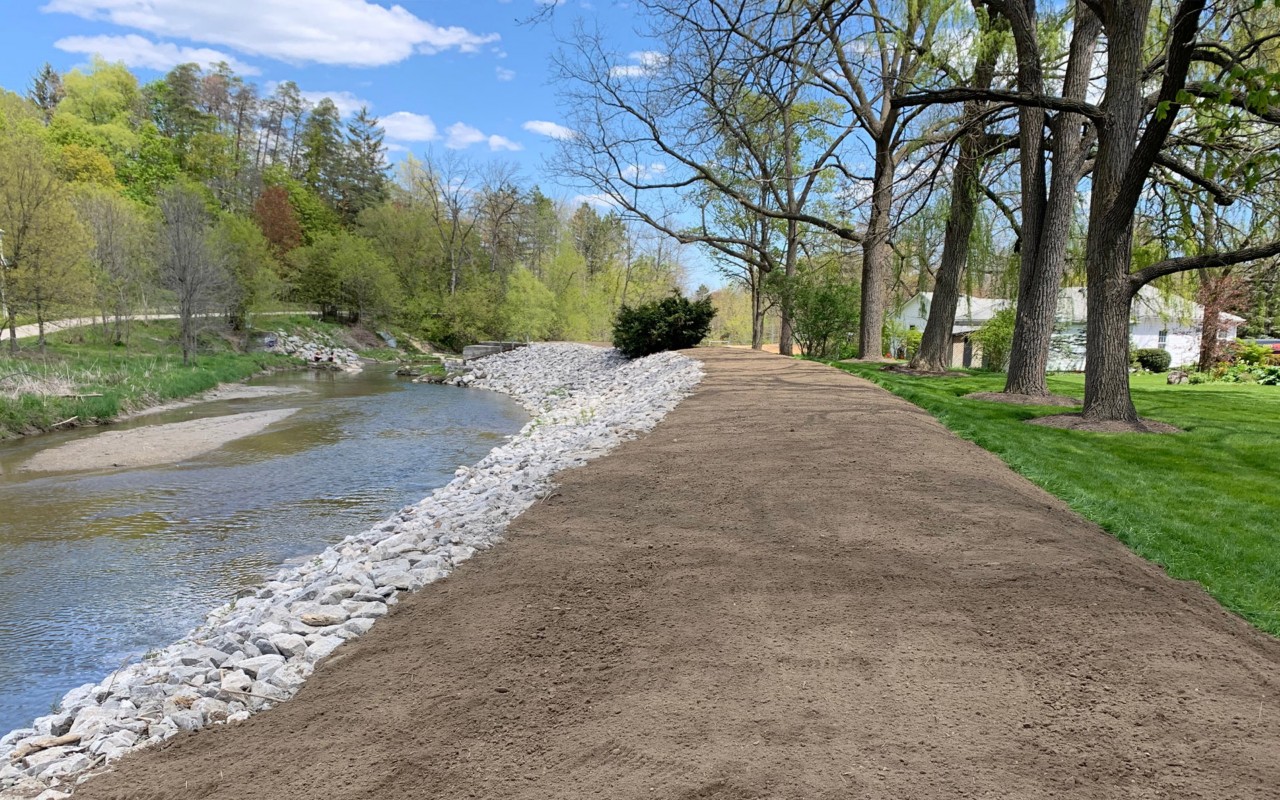 Who pays for it?

In the UK, the Community Infrastructure Levy (CIL) has been used successfully to get developers to contribute to flood defences, in addition to the government’s towns fund. One beneficiary of this system is a new tidal flood barrier in Bridgwater, Somerset, which is expected to cost £100m and will provide better flood protection to 11,300 homes and 1,500 businesses. Around £23m of that has come from the government’s towns fund and £2.3m from the Somerset Rivers Authority. On the country’s south coast, the Southsea Coastal flood defence has been listed as a project that future CIL receipts will, in part, be spent on.

“National planning policies and guidance require development in flood risk areas to be designed to be safe throughout their lifetime, without increasing risk elsewhere,” said a statement from the UK’s Environment Agency. “In doing so, developers are required to account for the impacts of climate change on those flood risks throughout the predicted lifetime of their development (usually a minimum of a hundred years).”

“In some places, local planning authorities use mechanisms, such as section 106 obligations (Town and Country Planning Act 1990) and Community Infrastructure Levy (CIL), to secure contributions from developers towards the infrastructure needed to make the development acceptable. In some cases, funds are used to support flood defence construction and maintenance.”

Turnbull describes a similar scenario in Vancouver where funding can come from multiple sources, including local or national authorities. “In addition to CAD$750,000 of provincial funding to support the Southlands Tide Gates replacement programme, in 2020, the city received $1.3 million from the federal government related to a grant to support shoreline protection design in the East Fraser Lands.”

Rehana Rajabali, associate director for engineering services at TRCA, says property developers don’t pay directly for flood defences but do have to contribute to a ‘development charge’.

“We have a lot of communities in Toronto that were developed before Hurricane Hazel,” says Rajabali. “In those areas where you have entire historic neighbourhoods or downtowns at risk, there’s a more community-based approach. The municipality might spearhead the flood mitigation efforts because there are multiple properties impacted but then the developer contribution comes back to it through a development charge for those areas. It’s a model that requires the developer to contribute to these flood mitigation efforts but it’s not a direct charge.”

While it has long been common practice to levy property developers for public services and amenities, such as parks, leisure centres or schools, as part of a deal to build new homes, climate change has shifted the focus of what communities need most. Now, when developers seek permission from a local authority to build new houses, it shouldn’t be unexpected for a flood barrier to be part of the deal. 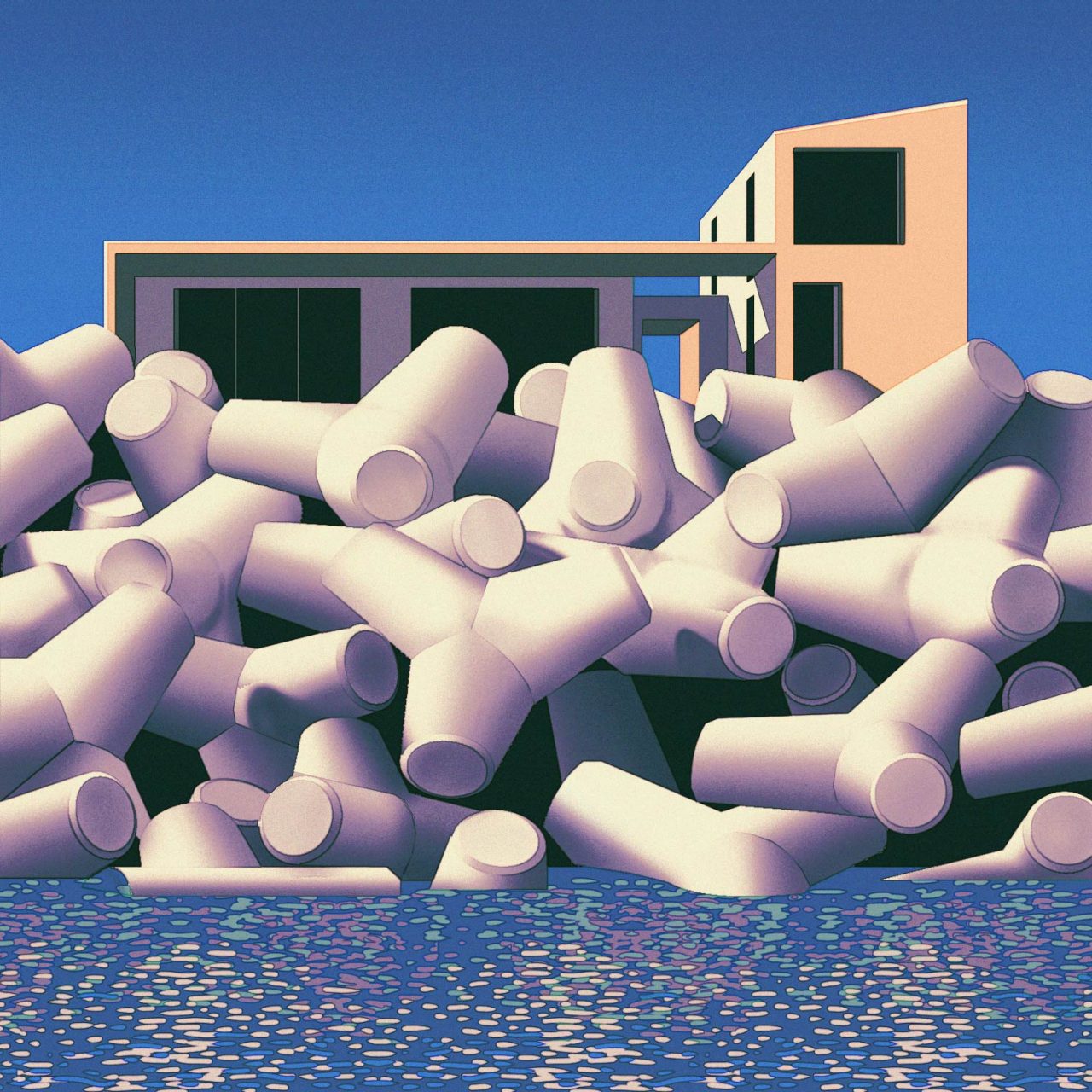 “You can see the next major housing and building regulations scandal brewing here” Meg Hillier MP, chair of the Public Accounts Committee

Designing homes for the climate crisis

Are we ready? Read more 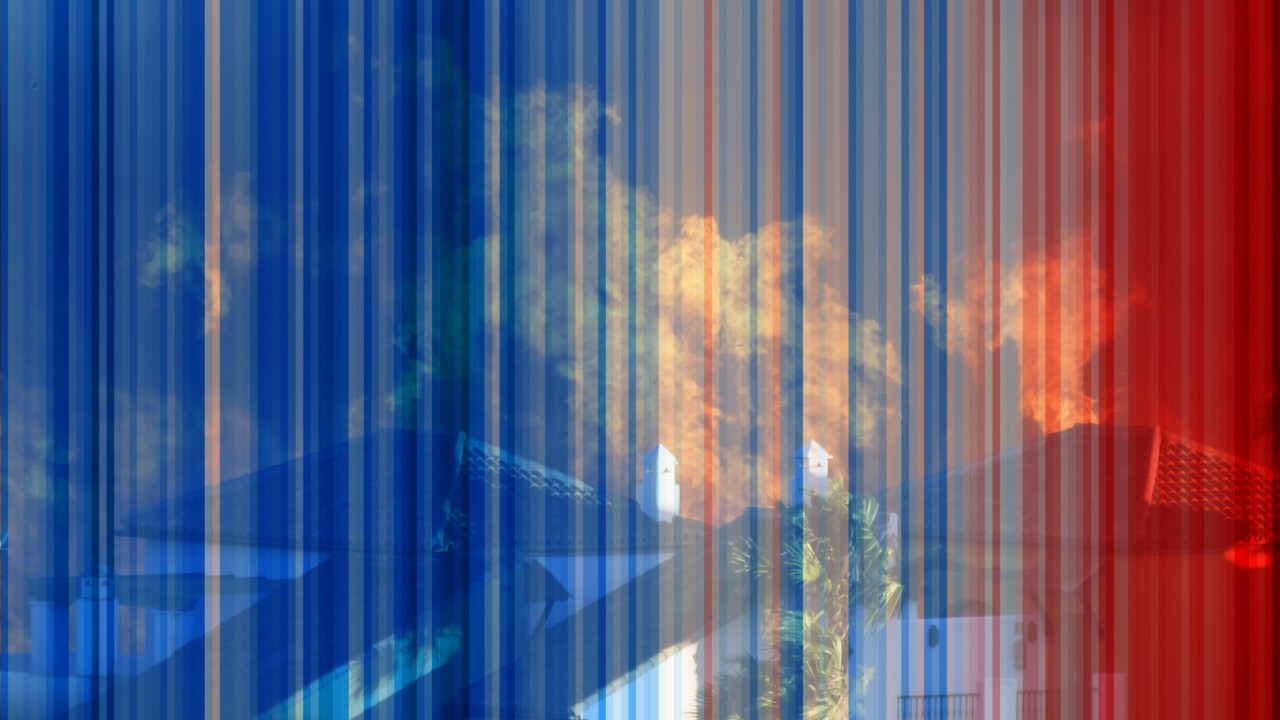 go to article Why buildings fail: damp can become dangerous