Battle for the streets: cars vs bikes vs buses vs people

Is it possible to build the perfect urban transport network that pleases everyone or does one group have to lose out to make room for another?

For decades, cities were designed with motorists in mind. Think of the seemingly endless sprawl of Los Angeles’ road network or the brutal injection of motorway infrastructure in the UK’s Birmingham and Newcastle. Only spiralling budgets prevented something similar from happening to London.

Today, the situation has changed dramatically, with many city leaders pursuing policies that seek to minimise car use and instead promote handing over streets to people and cyclists. There is a problem, however. Space in cities is finite. So, how can competing needs be best accommodated in our built-up urban areas? 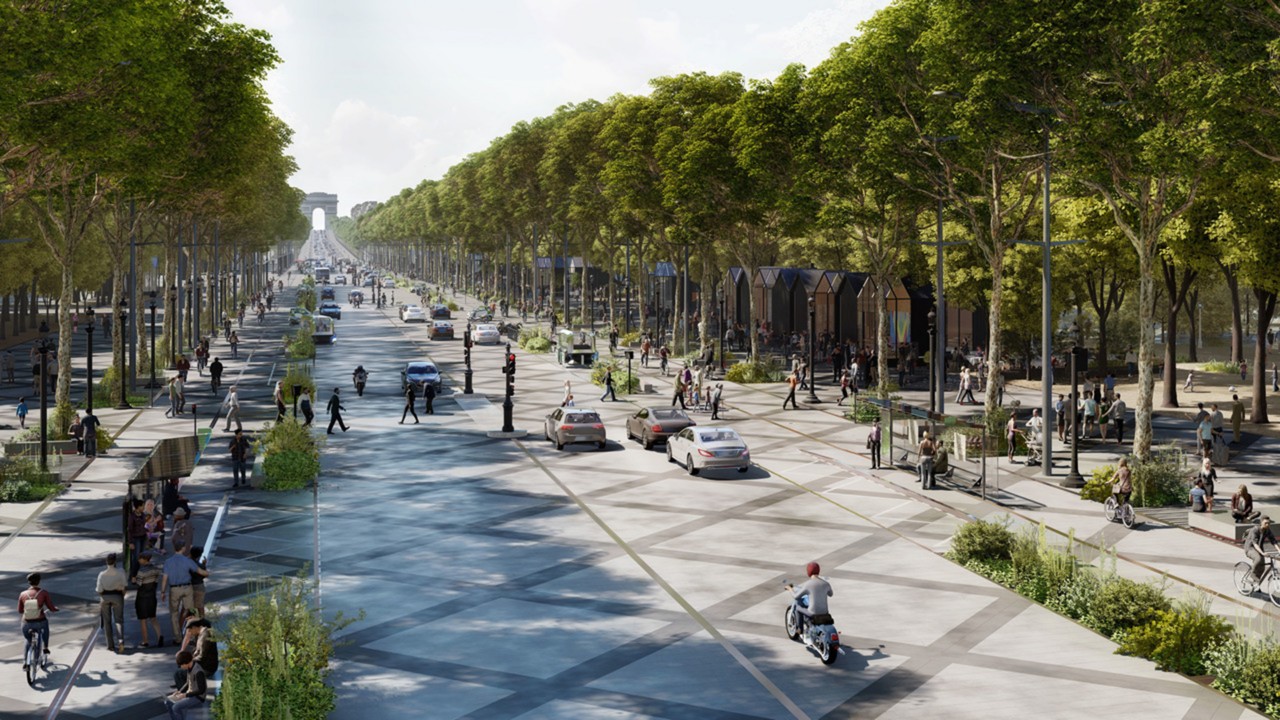 Paris’ socialist mayor Anne Hidalgo is, perhaps, the poster child for the people-centric approach to urban planning. In her first term, she put a great deal of effort and political capital into her Plan Vélo, which saw hundreds of kilometres of cycle lanes constructed in the city.

It was an approach that clearly paid off: seeking re-election last year, Hidalgo set out her vision for a ‘Ville Du Quart D’Heure’ – or city of fifteen minutes – where people would be able to access everything they need in their day-to-day lives locally. “If you liked season one [of Plan Vélo], you will love season two,” she said at a hustings held at a bike repair shop.

The plans are certainly dramatic. Hidalgo has said that she will remove 72% of the Paris’ on-street parking spaces – 60,000 out of 83,500 – to make way for everything from vegetable plots to playgrounds for children. Most dramatically, she recently gave the go ahead for a €250m makeover of the Champs-Élysées that would turn the famous boulevard into “an extraordinary garden”, as Hidalgo put it. 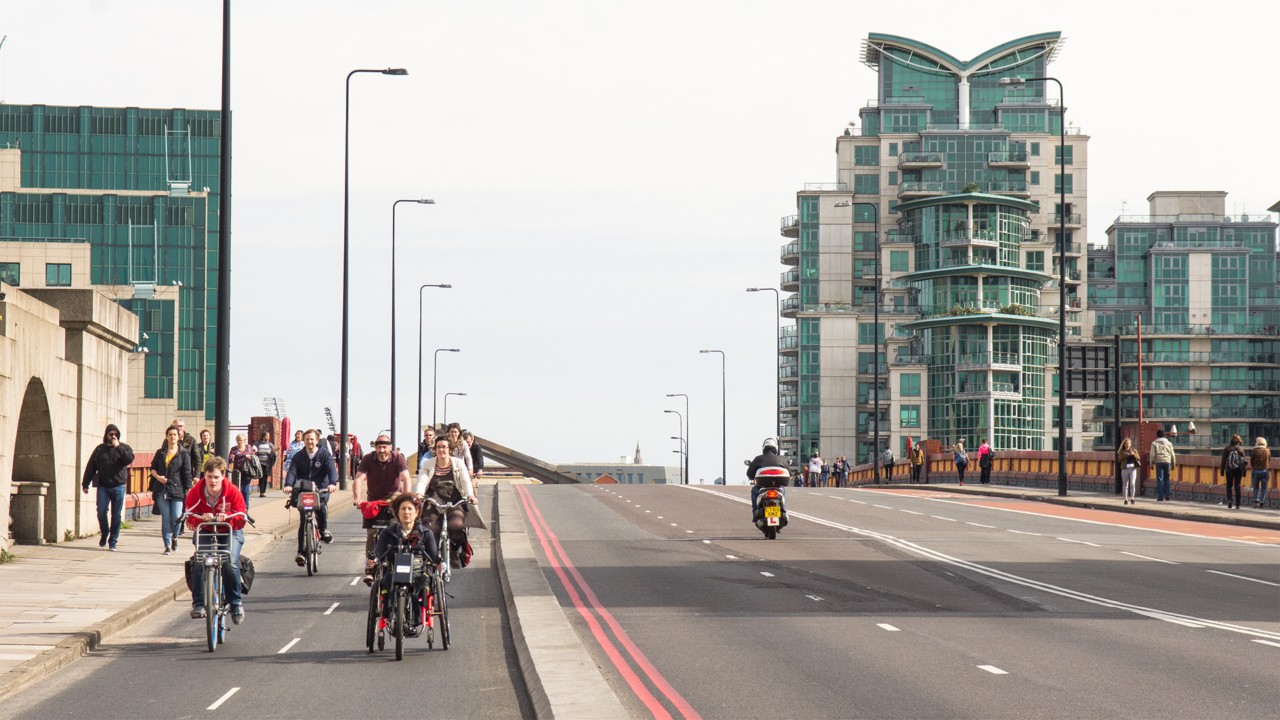 In London, meanwhile, mayor Sadiq Khan is continuing to roll out dedicated cycle lanes. Ahead of the mayoral election in May, when Khan won a second term, the Greater London Authority (GLA) announced that it had created 260km of new cycle lanes in the previous five years and that there had been a commensurate increase in cycle journeys. Between February 2020 and February 2021, said the GLA, cycling levels increased by 200%.

Construction work has now begun on a further four major cycle infrastructure projects, alongside works to broaden pavements and create more so-called ‘school streets’ that are closed to traffic at the beginning and end of the school day. More than 300 schools in London have now received funding from Transport for London to help them restrict the use of cars at drop off and pick-up times, while 22,500m2 of additional pavements have been installed since the start of the pandemic to aid social distancing.

“The huge number of Londoners who have taken up or rediscovered cycling over the past year has been one of the few silver linings from the pandemic,” Khan said earlier this year. “By making it safer and more convenient for people to get to where they want to be, we will enable a greener recovery for our city.”

Uber and minicab drivers may disagree, but such work is intended to create a more liveable city for the majority of citizens. However, there is no denying that removing ever greater amounts of road from use by vehicles can be problematic for those who need to drive. Moreover, other pressures on city streets are also mounting.

In the short-term, the COVID-19 pandemic and associated lockdowns led to a dramatic decrease in the number of vehicle movements and people grew used to being able to walk down the middle of the street to avoid coming into close contact with their fellow citizens. It became a matter of politeness.

Restaurants were granted permission to increase their outdoor dining area and spread onto pavements, although in some cases this led to problems for pedestrians and wheelchair users who couldn’t easily get past. Accessibility for visually impaired people on crowded pavements has also been an issue.

The pandemic also led to a major increase in e-commerce, which in turn prompted a rise in delivery vehicle movements. According to a report for the United Nations Conference on Trade and Development (UNCTAD), e-commerce’s share of global retail trade increased from 14% in 2019 to about 17% in 2020, with an even greater change in economically developed nations.

What’s more, the shops may have reopened in most parts of the world, but the expectation is that the proportion of goods bought online will remain broadly the same. “Businesses and consumers that were able to ‘go digital’ have helped mitigate the economic downturn caused by the pandemic,” says UNCTAD acting secretary general Isabelle Durant. “But they have also sped up a digital transition that will have lasting impacts on our societies and daily lives – for which not everyone is prepared.”

Taking to the skies

The situation does not need to mean ever more congested streets, however, at least not in the medium-term. Advances in drone technology mean that smaller deliveries could soon be made by air, removing vehicles from the roads. For instance, Spanish tech company GesDron recently launched a trial in Madrid, where the company is using drones to deliver takeaway food.

Elsewhere, a company called Manna is currently piloting its drone delivery technology in Galway in Ireland. The company specialises in building and operating unmanned aerial vehicles (UAVs) that can carry loads of up to 3kg.

It says that a single Manna employee operating multiple drones can make nearly 20 deliveries an hour, ten times what is possible using traditional methods. In Galway, the company says that it is currently making more than 100 deliveries a day and that around 30% of the town’s population of 10,000 have signed up to use the service. As a result of successful pilot, Manna has already signed partnership agreements with the likes of JustEat and Tesco.

“The COVID-19 pandemic forced consumers across the world to re-assess how they source their goods and opened our eyes to the fragility of our supply chains,” says Bobby Healy, CEO and founder of Manna. “There is a huge appetite for a greener, quieter, safer and faster delivery service. We are already working with our partners to deliver grocery products, takeaways and pharmaceutical supplies and as we continue to scale our fleet of drones, we will also begin supporting critical medical deliveries.”

Other companies are also working hard to improve the efficiency of deliveries. For instance, in June it was announced that FedEx is partnering with tech firm Nuro to test autonomous, multi-stop and appointment-based deliveries in Houston, Texas.

Video of Nuro's R2 self driving drone on the road.

While not yet a household name, Nuro has been developing its self-driving technology for around five years and following live tests in multiple cities across the US has succeeded in winning regulatory approval for its vehicles in some locations. It has already established partnerships with companies in industries such as groceries and hospitality, but the partnership with FedEx marks its first major collaboration with a parcel logistics player.

So, there can be little doubt that city streets are coming under ever greater pressure. However, provided that technological advances keep pace, it seems that space can be found to accommodate the needs of vehicles and people alike.

How does a 15-minute city work? Read more 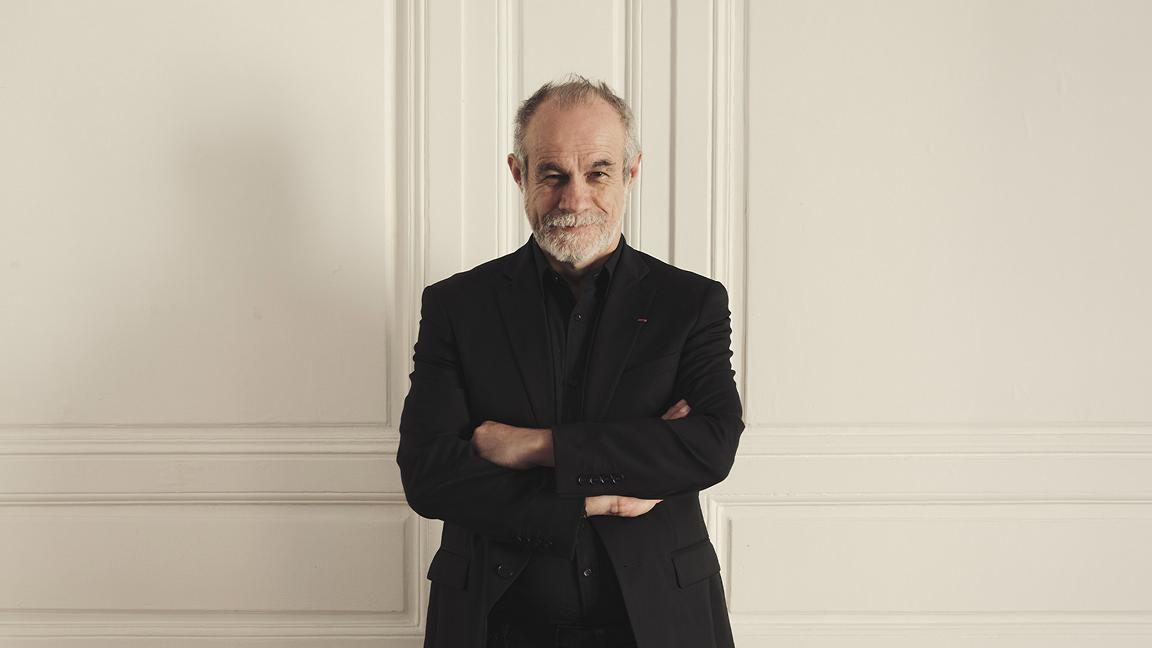 go to article Twelve of the best